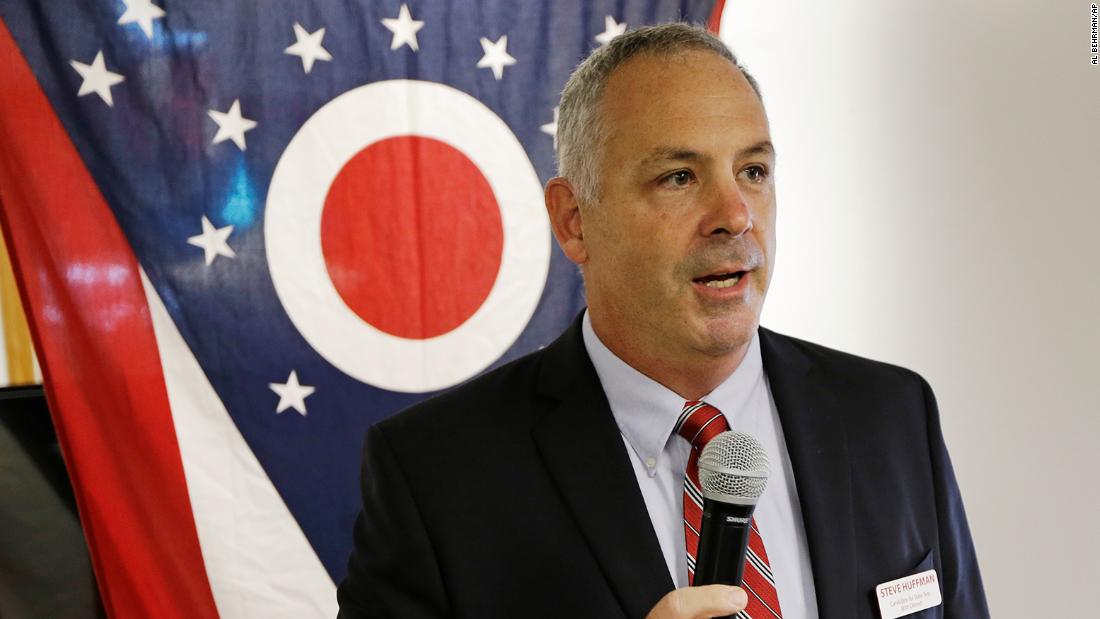 State Sen. Stephen Huffman was appointed by Senate President Matt Huffman, his cousin, this month to the position on the committee that reviews legislation about health care and human services despite a racist exchange with a Black health expert in June.

“Could it just be that African Americans or the colored population do not wash their hands as well as other groups? Or wear a mask? Or do not socially distance themselves? Could that be the explanation for why the higher incidence?”

The witness at the hearing where Huffman asked the question, Angela Dawson, who serves as the executive director of the Ohio Commission on Minority Health, quickly dismissed his assertion, saying emphatically: “That is not the opinion of leading medical experts in this country.”

After a firestorm around his comments, Huffman apologized.

News of Huffman’s appointment to the the Ohio Senate’s health panel drew swift rebukes from lawmakers across the state.

State Rep. Catherine Ingram, a Democrat, said Huffman’s “racist and problematic remarks” shows he is unfit to chair a committee that impacts Black residents and called for his appointment to immediately be rescinded.

“Sen. Huffman has shown he is unable to view the health concerns of Black Ohioans in an unbiased and fact-based manner, therefore leaving him unqualified to serve as committee chair,” Ingram wrote in a statement last week. “Serving as chair would give the senator the ability to decide which bills make it to the floor and potentially codify racial prejudice into law.”

Tony Bishop, executive director of the Ohio Legislative Black Caucus, said Thursday the group demands a committee leader who “understands and can help enact health policy that addresses inequities in our state without political influence.” And if the Senate’s leadership will not replace Huffman as chairman, they expect him “to use his position to improve the health of Ohio’s African American population” by working with the caucus to pass legislation that address health disparities in the state.

“Although the senator’s comments were deeply offensive, we hope that he has learned from his mistake and moves to right the systemic wrongs that are being perpetrated in the state of Ohio,” Bishop told The Columbus Dispatch.

John Fortney, press secretary and senior communications adviser for the Ohio Senate Majority Caucus, told CNN in a statement Monday that Huffman is “a medical doctor and highly qualified” to chair the committee.

“He has a long record of providing healthcare to minority neighborhoods and has joined multiple mission trips at his own expense to treat those from disadvantaged countries,” Fortney said. “He apologized months ago for asking a clumsy and awkwardly worded question. Sincere apologies deserve sincere forgiveness, and not the perpetual politically weaponized judgement of the cancel culture.”

Huffman, who is a medical doctor, said in a Facebook post in the wake of his racist comments, “I had absolutely no malicious intent, but I recognize that my choice of words was unacceptable and hurtful.”

“I apologize, and I make no excuses. Those who know me will tell you that I have nothing but love and respect for all people, and I would never intentionally disrespect or denigrate anyone for any reason.”

TeamHealth, a hospital management firm that employed Huffman as a part-time physician, confirmed in June that Huffman had been fired from that position.

“Dr. Huffman’s comments are wholly inconsistent with our values and commitment to creating a tolerant and diverse workplace,” a spokesman for TeamHealth said in a statement.