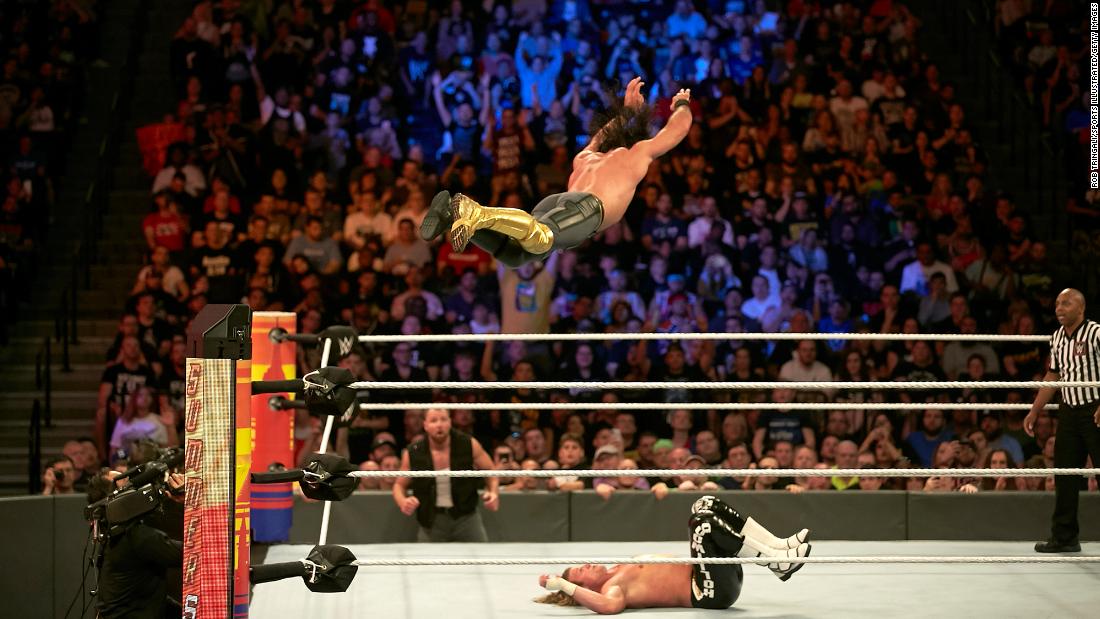 
NBCUniversal’s new streaming service will be the exclusive US home of WWE Network, the wrestling entertainment company’s own streaming platform. As part of a multi-year deal, WWE Network will launch on Peacock on March 18 with more than 17,000 hours of new and old wrestling content.

WWE Network will be available on Peacock for $4.99 a month, or $9.99 without ads. That price includes access to pay-per-view events such as “Fastlane,” “Summerslam” and the granddaddy of all wrestling showdowns, “Wrestlemania.” WWE fans will also get access to original series.

This agreement won’t impact the shows “Raw” on USA Network or “Smackdown” on Fox, which have separate deals and will continue to air as usual. But fans who want to stream WWE Network content in the US will have to get a Peacock subscription. The WWE Network will continue to operate on its own overseas.

NBCUniversal wouldn’t reveal the exact length of the deal or financial details, but the Wall Street Journal reported it’s a five-year contract “valued at more than $1 billion.”
Comcast (CMCSA)-owned NBCUniversal and WWE (WWE) will “share details on managing customer accounts” for current WWE Network subscribers closer to the Peacock launch in March.

“NBCUniversal has a long-standing relationship with WWE that began nearly 30 years ago with Monday Night Raw on USA,” Rick Cordella, Peacock’s executive vice president and chief revenue officer, said in a statement. “WWE has always tapped into the cultural zeitgeist with spectacular live events and larger-than-life characters, and we are thrilled to be the exclusive home for WWE Network.”

The deal is significant for Peacock because the WWE boasts an incredibly loyal fan base and two highly rated shows with “Raw and Smackdown.” NBC is hoping the the news will entice wrestling fans will jump over to Peacock, which launched this summer.

The deal also further solidifies Peacock’s reputation as a streaming service for live sports — or in the WWE’s case, sports entertainment.

Meanwhile, NBC Sports announced on Friday that it will shut down its sports cable channel, NBC Sports Network, and that Peacock will carry some of that programming starting in 2022. Peacock currently airs many Premier League soccer games and other sports content.

Covid vaccines – how will poor countries get them?