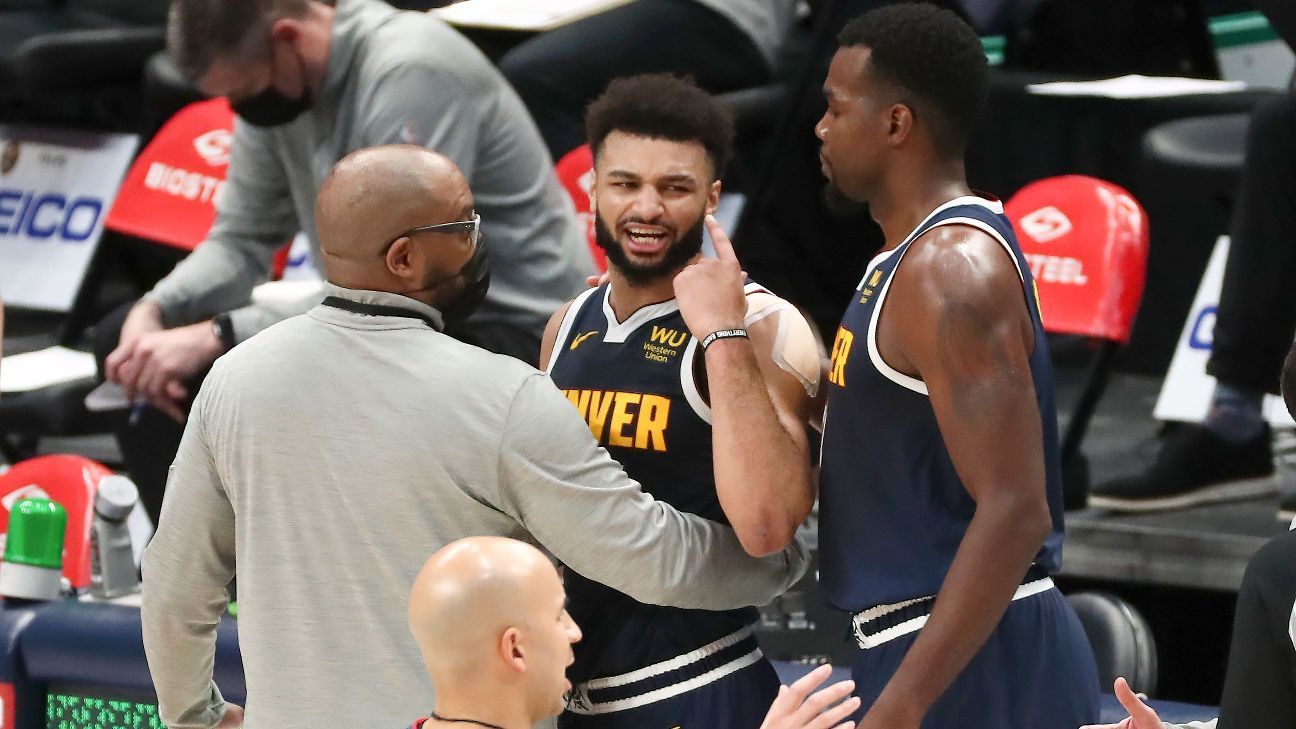 
DALLAS — Denver Nuggets guard Jamal Murray was ejected after what appeared to be an intentional shot to the groin area of the Dallas Mavericks’ Tim Hardaway Jr. in the second half of their game Monday night.

Murray stumbled backward after the pair collided as Denver was setting up on offense. Murray got up and reached between Hardaway’s legs with his right arm, prompting Hardaway to double over.

The official closest to the contact blew the whistle to stop play with 4:51 left in the third quarter and conferred with the other referees. The initial call was a foul on Murray, and it was upgraded to a flagrant foul 2 on a video review.

Nuggets coach Michael Malone said after his team’s 117-113 win that he had not seen a replay of the incident, but that he was told by crew chief Zach Zarba that the decision to upgrade the foul to a flagrant 2 was “fairly obvious.”

“Hopefully, it’s nothing more than Jamal being ejected tonight and we can use it as a learning experience,” Malone said.

Murray had 16 points when he was ejected, his same team-leading total from halftime.

The Nuggets led 80-73 when the game was stopped, and Hardaway scored the next seven points in just 23 seconds to get the Mavericks even before they went on to take their first lead since early in the first quarter. However, the Nuggets rallied.

“Just playing the game and I guess [Murray] was just frustrated that they didn’t call a foul,” Hardaway said. “I was trying to do the best I can to deny the ball. The rest speaks for itself. It happens in the game. It sucks, but it doesn’t even matter at this point. We lost.”

ESPN’s Tim MacMahon and The Associated Press contributed to this report.