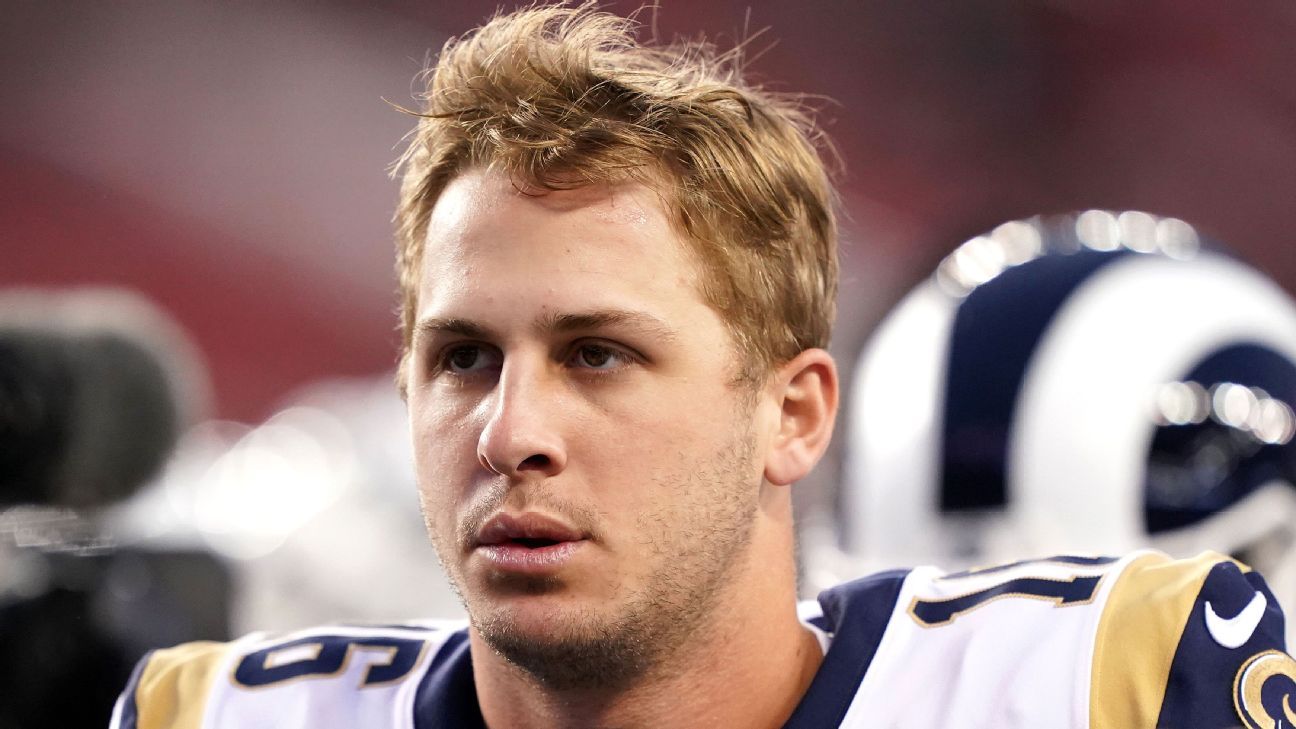 “Jared Goff is a Ram at this moment,” Snead said when asked whether Goff would be on the roster in 2021. “It’s way too early to speculate the future. That’s a beautiful mystery.”

McVay on Jan. 17 — one day after the Rams’ loss to the Green Bay Packers in the divisional playoff — wouldn’t commit to Goff’s future with the team.

Snead pointed out Goff’s win total — 42 — since he partnered with McVay in 2017. That is tied with Seattle Seahawks quarterback Russell Wilson and second only to Tom Brady (47) over that span.

However, Goff, the No. 1 pick in 2016, has been plagued by turnover issues the past two seasons as the Rams’ offense has faded from a juggernaut in McVay’s first two seasons to an average unit.

This season, the Rams finished the season 10-6 and in second place in the NFC West.

After a run to Super Bowl LIII and before the 2019 season, the Rams signed Goff to a four-year, $134 million contract that included $110 million guaranteed. Four seasons remain on the deal.

“Moving on from Jared Goff, that’s … the money we’ve invested in him, that’s not easy to overcome,” said Snead, who added later that “anything can be done” in a cap-based system.

Rob Manfred, Chipper Jones among those to speak at Hank Aaron memorial service