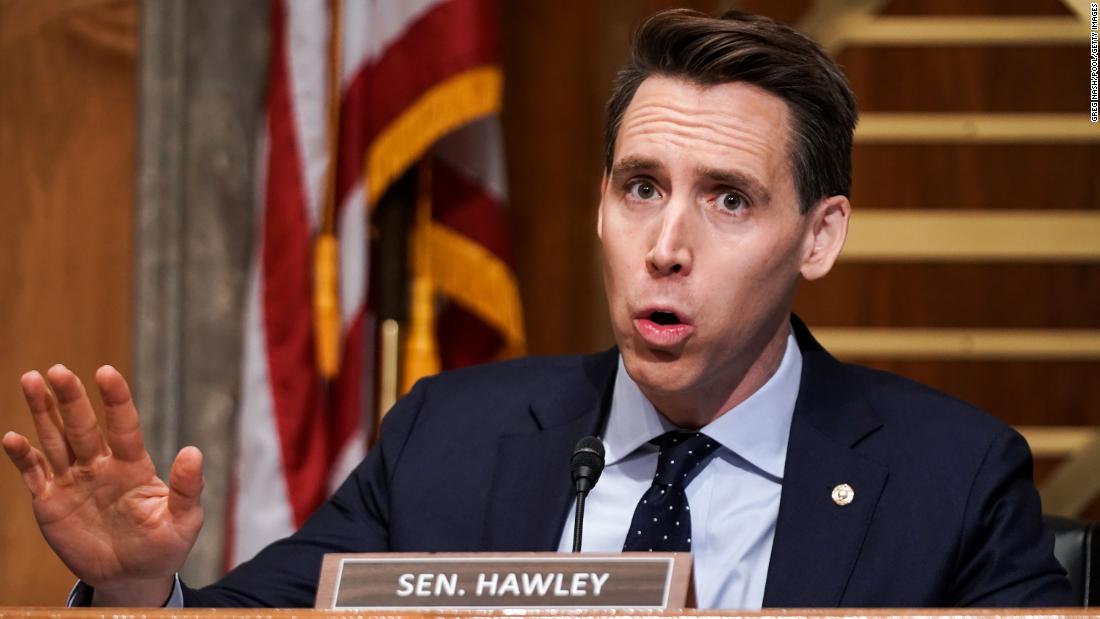 After being asked Friday by CNN’s Manu Raju about the rioters who believed the electoral vote could be changed — pointing to the objections from Hawley and other Republicans — Hawley said “I was very clear from the beginning that I was never attempting to overturn the election.”

Facts First: This is very misleading. In the nine weeks between the election and his votes to object to the certification of the electoral college votes, Hawley made numerous statements suggesting that then-President Donald Trump could possibly remain in office and that then-President elect Joe Biden being inaugurated on January 20 was not a sure thing. If he was not “attempting to overturn the election” Hawley, at the very least, suggested it might be a bi-product of Republican efforts.

One of the clearest instances of Hawley saying the election could be overturned comes from a Fox News interview in early January.

On January 4, two days before Congress would certify the electoral college results, Fox News anchor Bret Baier pressed Hawley on what his goal was by planning to object to the certification.

“I just want to pin you down on what you’re trying to do,” Baier said. “Are you trying to say that as of January 20th that President Trump will be president?”

Hawley’s office did not return CNN’s request for comment.

During interviews in December, Hawley repeatedly couched his analysis by saying “if” Biden becomes president, implying the election results could possibly be changed.

“[I]f Joe Biden ends up being sworn in as president,” Hawley said on Fox News December 1, “he should prepare for hard vetting of every single nominee.”
Hawley did not denounce the falsehood that the election was stolen but instead supported a Republican-led lawsuit filled with false assertions of mass voter fraud.