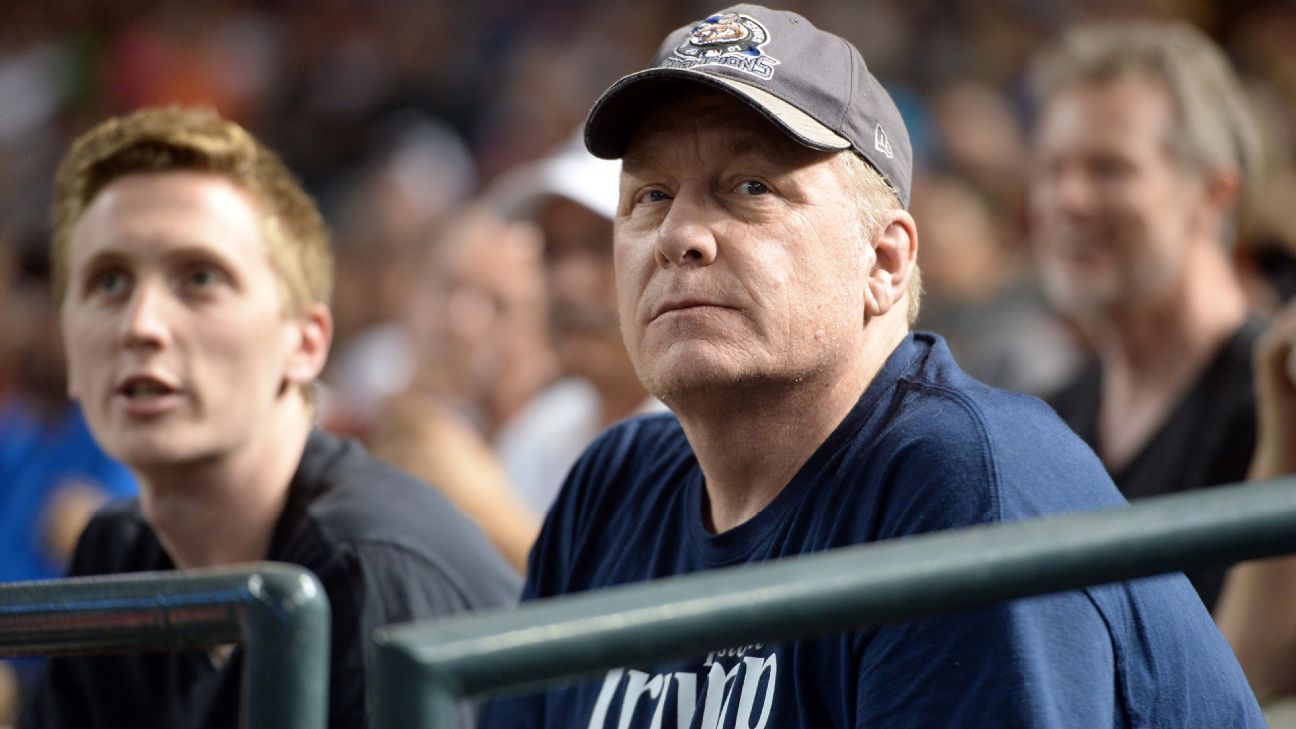 
Curt Schilling should remain on the Baseball Hall of Fame ballot next year despite his request to be removed, the Baseball Writers’ Association of America said in its recommendation to the Hall’s board of directors Wednesday.

“It is the position of the Baseball Writers’ Association of America that Mr. Schilling’s request to remove himself from the ballot is a violation of the rules set forth by the National Baseball Hall of Fame’s board of directors, who have commissioned the BBWAA to conduct the annual elections, specifically the following: ‘The duty of the Screening Committee shall be to prepare a ballot listing in alphabetical order eligible candidates who (1) received a vote on a minimum of five percent (5%) of the ballots cast in the preceding election or (2) are eligible for the first time and are nominated by any two of the six members of the BBWAA Screening Committee.’

“Mr. Schilling has fulfilled both of those requirements and should remain on the ballot for consideration by the voting body for what would be his final year on the BBWAA ballot in 2022. The Hall of Fame assigned the BBWAA to be the electorate in 1936. This association has abided by the rules for 85 years and shall continue to do so. The BBWAA urges the board to reject Mr. Schilling’s request,” BBWAA secretary/treasurer Jack O’Connell said in a statement.

Schilling, a six-time All-Star over 20 seasons with the Baltimore Orioles, Houston Astros, Philadelphia Phillies, Arizona Diamondbacks and Boston Red Sox, was the leading vote-getter in the Class of 2021 with 285 votes, but with 71.8% of the vote he did not meet the 75% threshold to gain election to the Hall of Fame. After the voting totals were announced, Schilling shared Tuesday on Facebook that he wrote a letter to the Hall of Fame on Monday asking to be removed from the ballot in 2022.

“I will not participate in the final year of voting. I am requesting to be removed from the ballot. I’ll defer to the veterans committee and men whose opinions actually matter and who are in a position to actually judge a player,” Schilling wrote. “I don’t think I’m a hall of famer as I’ve often stated but if former players think I am then I’ll accept that with honor.”

Schilling had seen his vote share climb from 45% in 2017 to 70% last year. Historically, most players who reach the 70% level eventually garner enough support to land in Cooperstown. However, backlash against Schilling’s public and social media comments appears to be limiting his support.

Among Schilling’s more controversial statements were a 2016 tweet, later deleted, in which he appeared to endorse the lynching of journalists. More recently, Schilling expressed support for the Jan. 6 attack on the U.S. Capitol — though the writers’ ballots had been submitted before that date.

In addition, Schilling was fired as a baseball analyst by ESPN after posting a derogatory message on social media about transgender people. That followed his previous suspension by the network after he compared extremist Muslims to Nazis in a social media post.

“I can say at this point I am mentally done. I know math and I know trends and I know I will not attain the 75% threshold for induction,” Schilling wrote in his letter. “As I’ve stated often over the past years to those I’ve spoken with in my heart I am at peace. Nothing, zero, none of the claims being made by any of the writers hold merit.”

“Whatever mine is as a player it will be the truth, and one I earned for better or worse,” he continued. “The game has made it clear it does not want me back and that’s fine, the game owes me exactly nothing. It gave a billion more times than it took and I’ll forever be deeply in debt to it.”

Hall of Fame board chairman Jane Forbes Clark said in a statement Tuesday that the board would consider Schilling’s request “at our next meeting.”

Kobe Bryant’s legacy is all over the NBA floor