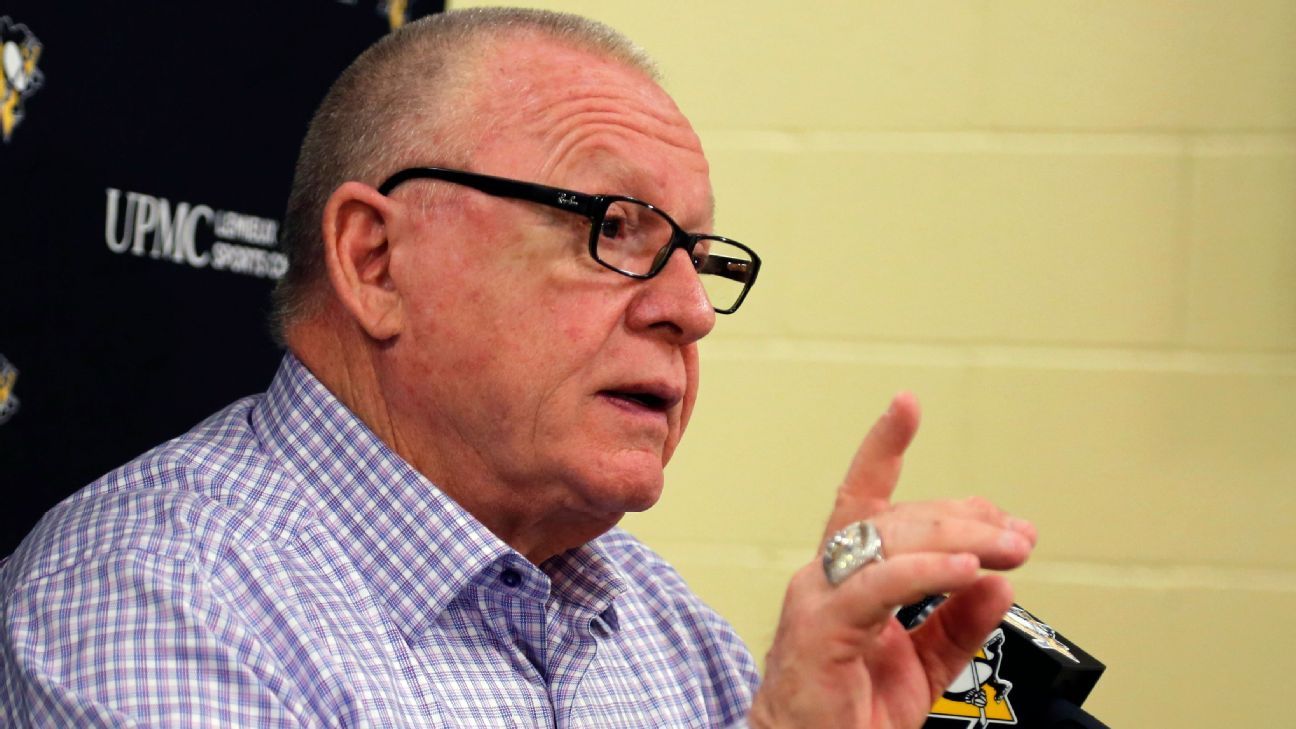 “It just got to a point that I decided my time was up here,” Rutherford told The Associated Press, stressing that the move had nothing to do with his health.

“I know everybody wants to refer to my age all the time,” the 71-year-old Rutherford added, with a laugh. “The guy who has the toughest job in the world, who just got elected [78-year-old President Joe Biden] is way older than me. … I feel good. I feel good and healthy, and if there’s an opportunity that presents itself, [I will listen].”

Patrik Allvin, who recently was promoted to Penguins assistant general manager, will serve as interim GM as the team begins a search for Rutherford’s successor. According to the team, Allvin will consult with Mario Lemieux, the team’s Hall of Fame owner, for input and advice during the interim period.

In a news conference later Wednesday, Penguins president and CEO David Morehouse said he was shocked by Rutherford’s decision. The two talked Tuesday night and again Wednesday, but Rutherford “had made his mind up,” according to Morehouse.

Morehouse could not elaborate on Rutherford’s rationale for stepping away, saying: “I don’t think there was any one thing that led to Jim resigning.” Rutherford’s contract with the Penguins was set to expire in June, sources said.

Rutherford declined to get into specifics about whether his long-term status had anything to do with his exit.

“I really don’t want to get into that,” he told the AP. “They didn’t push it aside. As an organization, they’ve treated me first class.”

With Rutherford as general manager since the 2014-15 season, the Penguins made the playoffs each year and won Stanley Cups in 2016 and 2017. Before joining the Penguins, Rutherford, who was inducted into the Hockey Hall of Fame in 2019, had a 20-year run as president and general manager of the Carolina Hurricanes/Hartford Whalers franchise from 1994 to 2015 and won a Stanley Cup in Carolina in 2006.

“Absolutely shocked,” a rival general manager told ESPN in a text message. “Did not see this coming.”

Rutherford, who had a 13-year NHL career as a goaltender, was known as a wheeler and dealer during his time with the Penguins, constantly trying to retool the cast around Crosby and Evgeni Malkin — especially over the past two seasons, as he tried to engineer another championship run with the aging core. Two years ago, he shipped Phil Kessel to Arizona, then last year sent Patric Hornqvist to Florida.

Morehouse said the Penguins are “not in building mode” but rather “win-now mode,” which will be reflected in the hiring of the next general manager. According to Morehouse, the Penguins are looking for a candidate who is like Rutherford and can think outside the box and be aggressive.

Rutherford said he doesn’t believe his departure will be a setback.

“As long as everybody is playing the way they’re capable, this team could go on a good run,” he told the AP. “But they’ve got to get healthy. They’re fast and hard to play against. If they get that good goaltending, they have a chance to make a run.”

Allvin, 46, a native of Falun, Sweden, is in his 15th year with the Penguins’ hockey operations staff. He began as a scout in 2006 and worked his way up until he was promoted to assistant general manager in November.