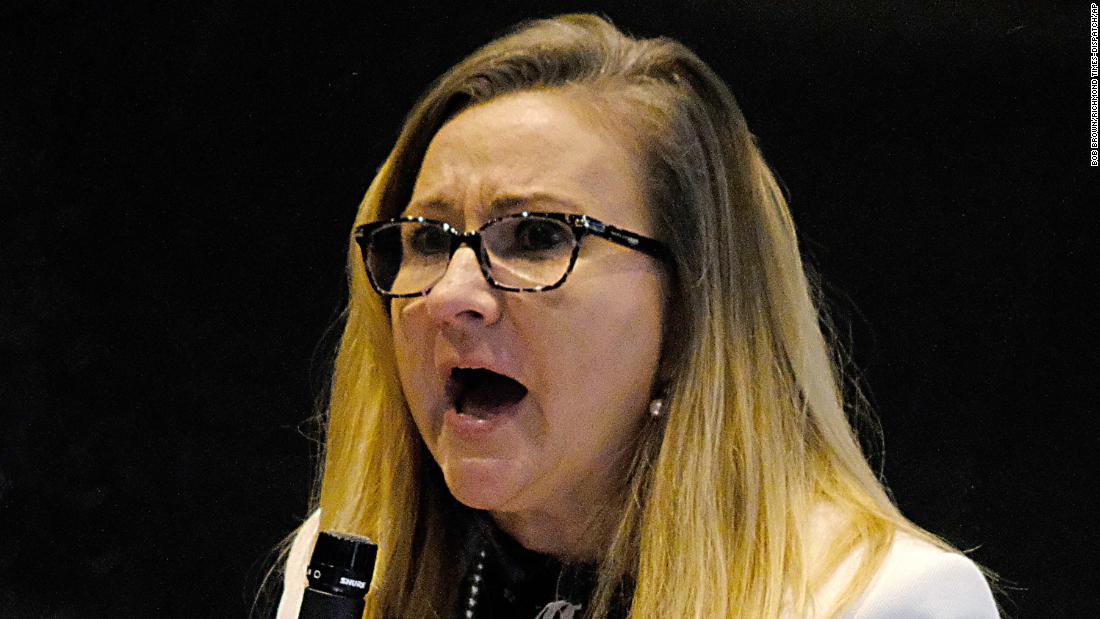 Chase had addressed the January 6 rally in Washington prior to the insurrection but did not march on the Capitol. She had said she was driving home when the storming of the building took place.

In a floor speech after the episode, according to The Washington Post, Chase defended then-President Donald Trump’s role in inciting the riot and said the violent mob wasn’t a group of “rioters and looters.”

“These were patriots who loved their country and do not want to see our great republic turned into a socialist country,” she said. “I was there with the people. I know.”

Wednesday’s censure vote is the latest in a string of controversies involving Chase. She drew scrutiny when she openly carried a firearm on her hip during Senate sessions and when she got into a verbal altercation with a Virginia Capitol police officer over a parking spot.

A statement from Republican members of the state Senate said they “were guided by their consciences” on the censure vote but were “united in their disappointment in Senator Chase and their disdain for her actions.”

“Senator Chase’s selfishness and constant need for media attention, with which the Senate Republican Caucus is keenly familiar, brought us to the situation in which the Senate found itself today,” the statement said.

“While we remain hopeful today’s action discourages the frequent disruptions and distractions fomented by Senator Chase, the experience of our caucus suggests otherwise. We sincerely hope this is the exceptional circumstance where Senator Chase exceeds our expectations.”

Chase, meanwhile, said in a tweet Wednesday morning that the censure “is nothing more than a politically driven attack.”

“The establishment elite is desperate to take me out of the running, but they will not succeed! This is nothing more than a failed attempt to tarnish my good name, reputation, and solid conservative record,” she said in an email to constituents later.

At least 150 people have been charged by federal prosecutors in connection with the January 6 insurrection at the Capitol, according to a CNN review of court records and Justice Department announcements, and a top prosecutor said charges of sedition are not out of the question.

Many of the defendants CNN has identified have been charged with entering a restricted building without lawful authority and violent entry and disorderly conduct in the Capitol. The more serious charges have ranged from theft of government property, conspiracy and interstate threats to assault on law enforcement.

What tech can the US president use?