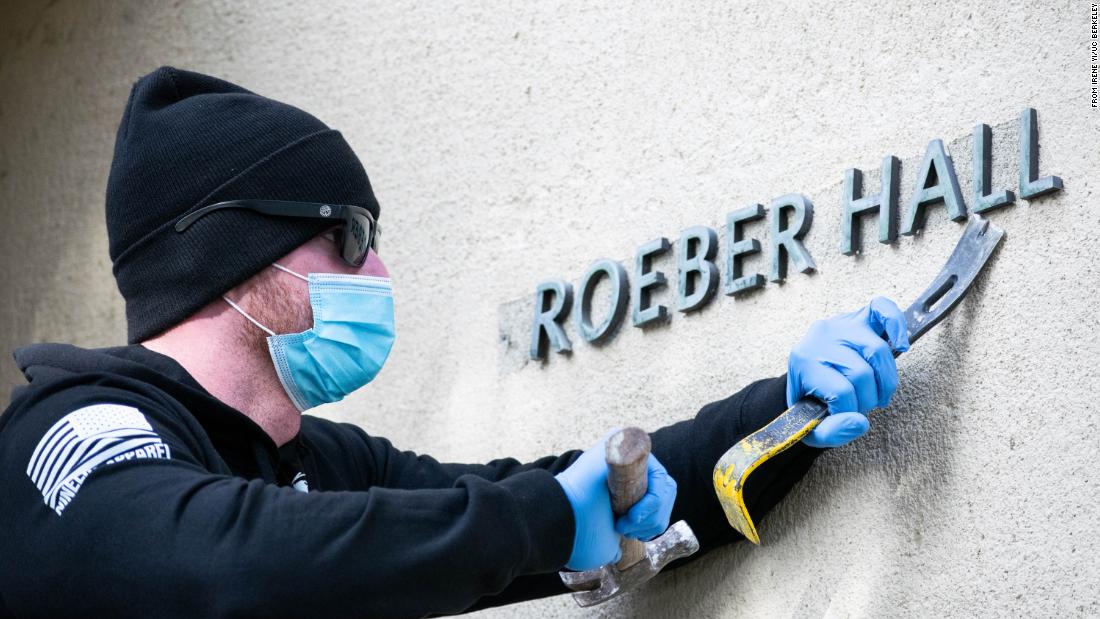 A proposal to rename the building was submitted last July to the Building Name Review Committee headed up by the school’s chancellor, Carol Christ, according to the university.

Alfred Louis Kroeber, who was born in 1876, was the founder of the study of anthropology in the American West.

The proposal lists several key factors in wanting his name removed including “research practices that were always objectionable to many Native Americans and that society now recognizes as reprehensible and has made illegal.” The proposal then describes the practices, which include collection of remains and sacred funerary objects of Native American ancestors and other indigenous people from their graves without consent from tribes or individual descendants.

It also names Kroeber’s treatment of a Native American genocide survivor named Ishi, who is believed to have been placed as a living exhibit in Berkeley’s archeological museum at the time.

The committee reached out to the campus community and received an overwhelming response of 85% in favor of the name’s removal.

After reviewing the name and the history, the committee voted unanimously in October to have it removed.

It is the third name removed from a building on UC Berkeley’s campus in the past year.

In her letter to the university president as to why the decision was being made, Christ stated that some of Kroeber’s views and writings “clearly stand in opposition to our university’s values of inclusion and our belief in promoting diversity and excellence.”

Kroeber’s name was physically removed from the building Tuesday. It will temporarily be called the Anthropology and Art Practice Building.

Anthropology professor has a proposal of her own

One of Berkeley’s anthropology professors, Nancy Scheper-Hughes, wrote an op-ed on the university’s blog expressing her concern and displeasure with the removal.

“The decision was not discussed with the anthropology faculty. Moreover, the ‘statement’ on Alfred Kroeber was woefully misinformed and in the pop style of social media “cancel culture”, based on shaming and removing public figures thought to have done something objectionable or offensive. But ad hoc censoring without a process including factual knowledge, evidence, and research has no place in a public university,” she wrote.

She outlined the history of Kroeber and reviewed the controversial autopsy of Ishi. The university says Ishi’s body was autopsied against his wishes, which he had expressed to Kroeber.

But Scheper-Hughes said Kroeber was away on sabbatical when Ishi died and tried to keep the autopsy from happening, but failed to do so, causing him deep emotional distress.

She argued the story has been misrepresented to assume he ordered the autopsy, and though she agrees there are public figures who need to be removed, she said Kroeber is not one of them.

“Kroeber had many faults, but he was neither a neo-colonialist, nor a racist, nor a fascist,” she said.

“If UC Berkeley erases Kroeber, the legacy of Kroeber including two brilliant women authors writing in different genres about our Californian Indigenous history will also be erased.”

She suggested a full discussion with anthropologists and representatives of Native Californian communities and leaders before renaming, and if they agree to it, renaming the building for Ishi.

“Everybody needs to experience it”: Thousands return to downtown…