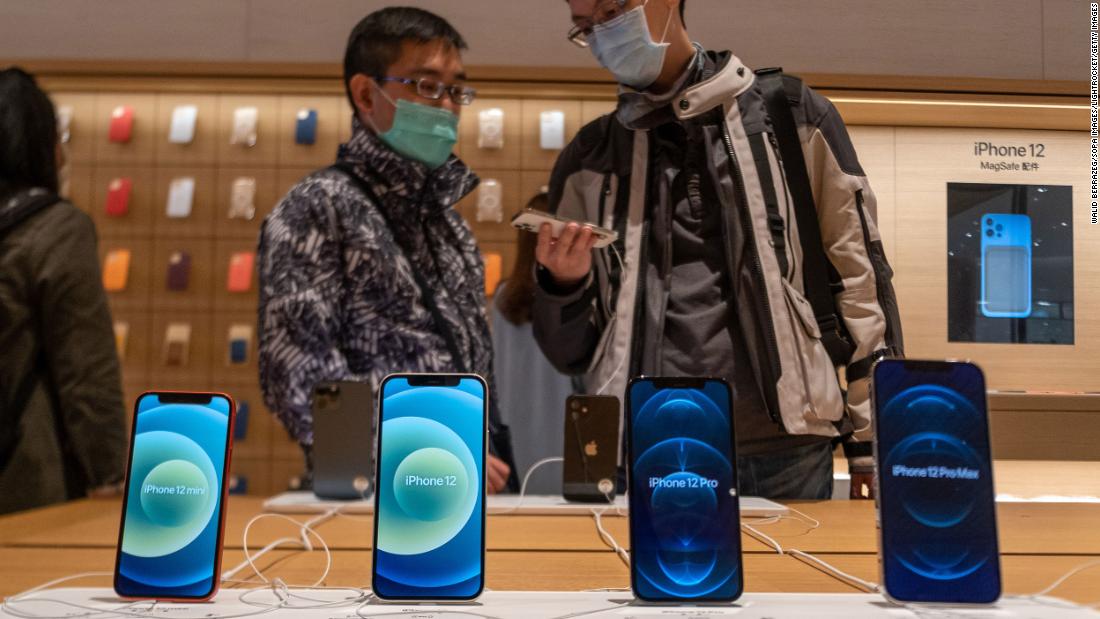 What’s happening: Investors who think soaring valuations are grounded in reality point to future profits from the likes of Apple (AAPL) and Facebook (FB), which report results from last quarter after US markets close on Wednesday. Solid numbers could bolster the sentiment that stocks are the place to be, especially compared to low-yielding bonds.
Microsoft (MSFT) set the tone when it shared earnings after the market closed on Tuesday. The company exceeded Wall Street analysts’ expectations for quarterly revenue by nearly $3 billion and hit a three-month sales record. Shares are up 2% in premarket trading.

Breaking it down: The pandemic continues to buoy Microsoft’s business, which — as my CNN Business colleague Clare Duffy reports — has been bolstered by sales of computers and gaming systems, as well as the cloud computing tools helping companies facilitate remote work.

“These were blowout numbers that will be another feather in the cap for the tech sector,” Wedbush Securities analyst Daniel Ives told clients. “The cloud growth party is just getting started.”

Apple is also expected to show strong demand for electronic devices, especially given that it rolled out its new iPhone 12 last quarter. “Despite the later launch of iPhones, demand for the higher-end models remains robust,” Bank of America analyst Wamsi Mohan said in a research note this week.

Facebook, for its part, is poised to get a boost from new shopping and video capabilities, which are expected to have brought in significant revenue thanks to the sheer number of people glued to their phones and computers at home.

On the radar: We can’t forget Tesla (TSLA), of course, whose results also arrive after the bell on Wednesday. With shares up 1,122% from their March low, the stock has become a symbol of current market excess.

The company has been profitable for five straight quarters, a first in its 17-year history. But now that it’s part of the closely-watched S&P 500, there’s new pressure to deliver. Guidance on 2021 deliveries will be crucial.

Big picture: Greed has returned to markets, according to the Fear & Greed Index from CNN Business. Two of the metrics for determining market sentiment — stock price strength and market momentum — indicate “extreme greed.”

But strong results from internet giants will only feed the pro-stock narrative, pushing the tech-heavy Nasdaq Composite to new heights. Talk of a bubble is only due to increase.

“We don’t think that we are yet in the late stage of a bubble in the overall stock market,” John Higgins, the chief market economist at Capital Economics, said in a note to clients Tuesday. “Nonetheless, we acknowledge that the surge in the Nasdaq Composite suggests we may at least be in the early stage of a bubble again, even if the climb in the index is partly justified by the boost to earnings of companies in the technology sector from the pandemic.”

The Reddit-fueled rally of GameStop (GME) shares shows no signs of abating, as individual traders continue pumping up stock in the struggling video retailer.

The latest: GameStop’s stock exploded 93% on Tuesday, finishing the day at $147.98. Gains are also being fed by traders who bet against GameStop, who are rushing to buy stock to limit their exposure in what’s known as a “short squeeze.”

The struggling company now has a record market value of more than $10.3 billion. Its stock is up another 64% to $242 per share in premarket trading after Tesla CEO Elon Musk tweeted about the frenzy.

Remember: Shares of GameStop, which is expected to lose money for the next two years, closed out 2020 at $18.84 per share. It’s clear that demand has completely decoupled from expectations about future earnings and inherent value.

Instead, online commentators are relishing what they see as a David vs. Goliath triumph against hedge funds and short sellers, cheering the democratization of investing through no-fee trading platforms like Robinhood.

But the dramatic run-up in GameStop’s stock is generating growing concern in the investment community — even among those who had previously been bullish.

Michael Burry, the fund manager made famous by “The Big Short,” unveiled a stake in the company in 2019, helping to fuel interest. Now, as Bloomberg reports, he’s sounding the alarm.

“If I put [GameStop] on your radar, and you did well, I’m genuinely happy for you. However, what is going on now — there should be legal and regulatory repercussions,” he tweeted Tuesday. “This is unnatural, insane, and dangerous.”

American companies are still grappling with the Capitol riots

Despite vocal pledges from some companies to take bold action following the deadly Jan. 6 siege on the US Capitol, many of America’s corporate giants are taking a wait-and-see approach about their future political giving, a new analysis from my CNN colleagues shows.

CNN surveyed the roughly 280 companies in the Fortune 500 that supported the 147 Republican lawmakers who objected to certifying President Joe Biden’s win. About 150 responded, representing $14 million in donations to the politicians in question during the 2020 cycle.

Among the findings: Many of the firms that have chosen to suspend campaign donations have taken a broad-brush approach — freezing contributions across the board, rather than targeting the Republican objectors.

While 120 of the companies said they had decided to pause or end political giving in some form, 73 said they would halt donations to all federal candidates. Just 31 companies had specific timetables for how long they would suspend political activity.

Sheila Krumholz, executive director of the nonpartisan Center for Responsive Politics, said that how long the corporate revolt will last is an open question, particularly since campaign fundraising usually slows in the months after an election.

“Right now, it’s quite easy for them to sit back,” Krumholz said. “It’s hard to imagine this would last through the primaries and general election in 2022.”

You can find a breakdown of how each company responded here.

Also today: The Federal Reserve announces its latest policy decision at 2 p.m. ET, followed by a press conference led by Chair Jerome Powell. Any remarks on when the Fed will look at tapering bond purchases or raising interest rates will be under the microscope.

Coming tomorrow: How did the US economy fare during the last three months of 2020? Investors will find out when GDP numbers post.

Jerome Powell and Janet Yellen aren’t worried about inflation. Maybe they should be