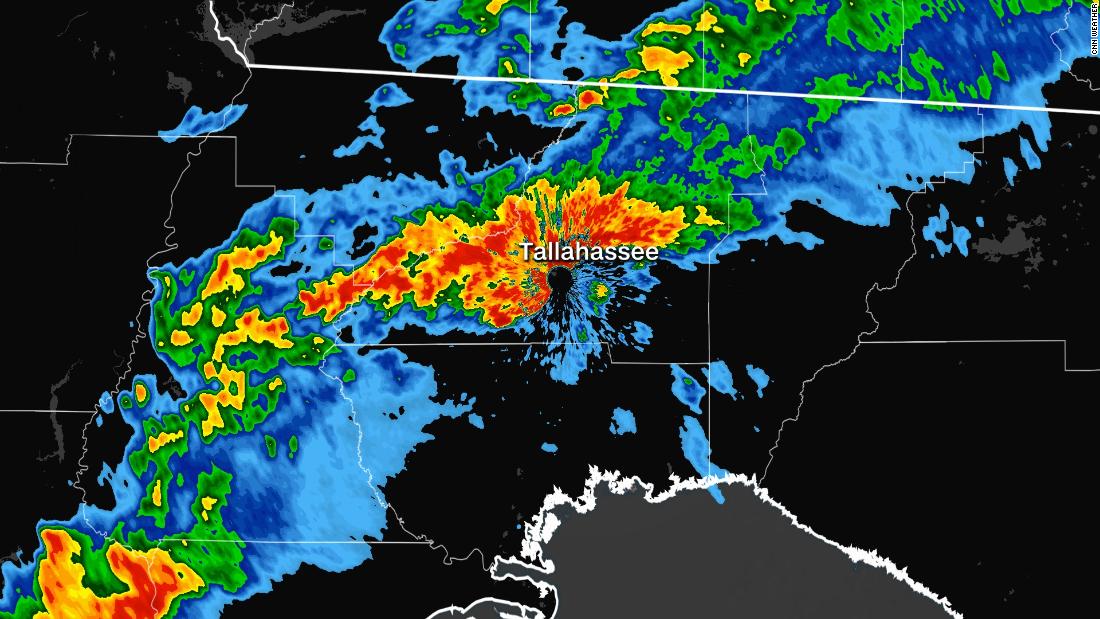 The city posted photos of a hangar ripped apart and a small plane flipped upside down.

“Due to impacts from the severe weather moving through the area, Tallahassee International Airport is temporarily closed for damage assessment,” the airport tweeted.

“Currently, no injuries are reported. Updates will be posted as they become available.”

Around 1:47 p.m., the airport reopened.
“Thank you for your patience as damage assessment was conducted after the severe weather,” the airport tweeted.

“One runway remains closed while final debris removal & safety checks are performed. The other runway is open for air traffic during this time.”

Shortly after the tornado hit, the National Weather Service in Tallahassee tweeted an urgent warning: “11:43 am – Leon County. A tornado is on the ground! TAKE COVER NOW! Move to a basement or an interior room on the lowest floor of a sturdy building. Avoid windows. Protect yourself from flying debris.”

Radar indicated the tornado moved near or over the airport. A warning was in effect until 12:30 p.m.

The storm continued east alongside Interstate 10. By mid-afternoon, the storm was approaching the Jacksonville metro area.

The severe weather stretching from just north of Gainesville into southeast Georgia had weakened slightly from when it rolled through Tallahassee.

The Tallahassee office of the National Weather Service tweeted that a preliminary investigation found damage was consistent with an EF-0 tornado, which have winds ranging from 65 to 85 mph. The office said wind speed, width and length of the tornado’s time on the ground would be released later.

CNN’s Judson Jones and Monica Garrett contributed to this report.