This car maker says it topped 300 mph once before. But it’s not so easy to do it again 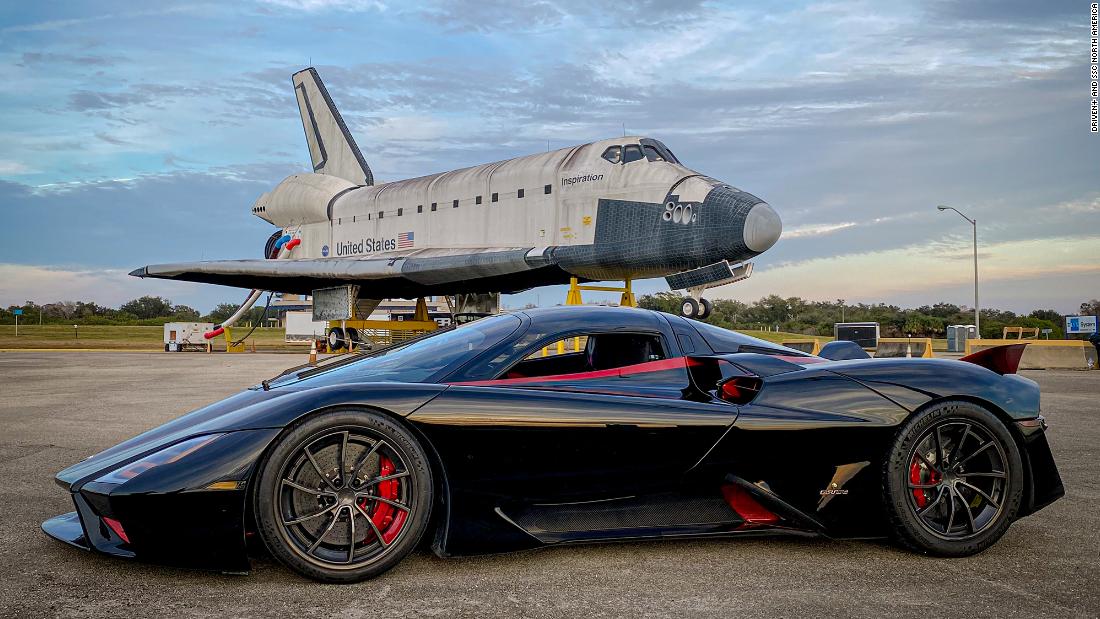 It wasn’t long before bloggers and automotive journalists began questioning the video showing the supposed record run. And while SSC did not back down from its claim that its car actually hit 331 mph, it admitted that there had been problems with the synchronization and timing in its video proof.

On Wednesday, SSC announced it had gotten the car up to an average top speed of 283 miles an hour during two runs. But the attempt, completed on January 17, was made in much more difficult conditions than before. The car was driven by an amateur, rather than a professional, driver. And, for that reason, the car’s power was reduced.

The company is going to keep trying, though, Shelby said. Its next attempts will begin in the spring, he said, with the car running at full power through the entire run.

The $1.9 million Tuatara has butterfly doors and a turbocharged V-8 engine. SSC says the model’s aerodynamic design was inspired by fighter jets and took more than a decade of research and development. The Tuatara is named after a lizard from New Zealand, which got its name from a Māori word for “peaks on the back.”

The Tuatara’s most recent run could already count as a record. But what constitutes as a record for “world’s fastest production car” remains disputed, with no international sanctioning body recognized, and no official definition of what constitutes a “production car.”Swedish supercar maker Koenigsegg claimed the fastest production car record for its Agera RS, which hit 278 mph on a Nevada highway in 2017. A modified Bugatti Chiron went 305 mph on a test track in Germany, but that car was considered to be a pre-production prototype.

The SSC Tuatara’s first attempt to break the record last fall was made on a closed-off stretch of highway in the Nevada desert outside Las Vegas. SSC is making its new attempts on a former Space Shuttle runway in Florida. Called Johnny Bohmer Proving Grounds, the former landing strip is now used to test cars at extremely high speeds.

But, instead of seven miles of highway in which to get to more than 300 mph, the SSC Tuatara now has just 2.3 miles. That requires different, more aggressive techniques if there is any hope of passing 300 mph.

During the latest attempt in January, the SSC Tuatara was being driven by its owner, Larry Caplin, a dentist and founder of DOCS Health, a company that provides healthcare for large organizations. To get the car up to speed, Caplin had to keep the gas pedal pressed to the floor for as long as 50 seconds. The car reached 244 miles an hour in under a mile, according to SSC.

“Larry pulled off a run that was far more difficult, at least by a factor of four, than what we attempted in Nevada,” Shelby said in an email.

Because Caplin isn’t a trained racecar driver, the Tuatara’s power was reduced using the car’s onboard computers to just 1,500 horsepower most of the time. Only on the last run, and only in seventh gear, was the car allowed to produce its full 1,750 horsepower, said Shelby.

“I was thoroughly impressed,” said Shelby during an interview. “After we got him up to 250 miles an hour, I looked at the in-car camera of him during these runs. And he was so calm, no drama at all. He looked very composed and I thought ‘We can do this.'”

With that bit of full power, the car’s highest one-way top speed was 286 mph and its combined average top speed, going both ways, was 283 mph, the company said.

SSC has stood by its claim that its car reached a speed of 331 mph and an average top speed of 316 mph going in two opposite directions in its original attempt. Record keeping bodies like Guinness require speed records to be recorded in both directions to ensure that wind or inclines are not a factor. But with serious questions having been raised about its video proof, Shelby still felt it had to be done again to answer the critics. (Shelby is not related to Carroll Shelby, the famed founder of Shelby American, the company that makes Shelby Cobra sports cars and Shelby Mustangs.)

“I think this production car speed record is all marketing,” Shelby said, “and this is kind of an internal engineering design challenge where we want our customers, the Tuatara customer, to know that they have purchased the car that is fastest in the world.”

careasymakermphsuccessThis car maker says it topped 300 mph once before. But it's not so easy to do it again - CNNtopped
0
Share