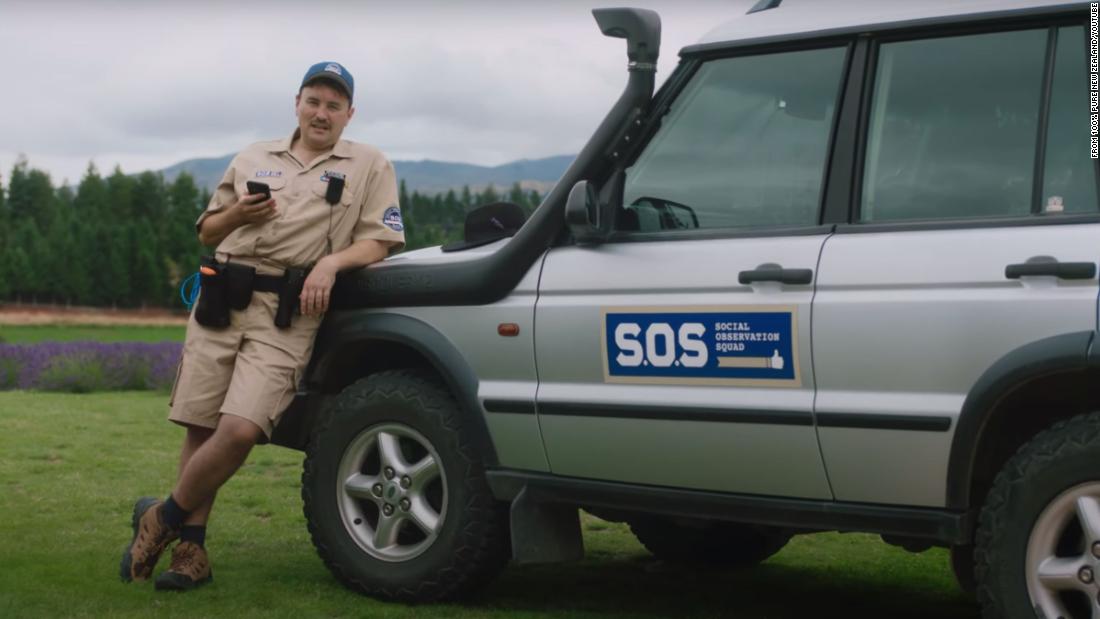 (CNN) — New Zealand is really bored of your Instagram posts.

The call was made in a two-minute video, starring comedian Tom Sainsbury as a member of the “Social Observation Squad (SOS).” The official follows tourists to some of the country’s most famous landscapes and urges them to stop traveling “under the social influence.”

“I’ve been alerted to a situation that’s been happening a lot lately,” he says at the start of the campaign. “People have been seeing those photos on social media, and they’re going to great lengths to copy them.”

“You know them,” he adds, rattling off a list of cliched social media posts. “Hot tub back shot. Man sits quietly on the rock contemplating. Hot dog legs.”

The video is a part of the New Zealand tourist board’s long-running “Do Something New” campaign. Previous installments have included a song by local celebrities Madeleine Sami and Jackie van Beek.

The campaign comes at an awkward time for tourists, with most international travelers barred from entering the country.

Prime Minister Jacinda Ardern said on Tuesday that New Zealand’s borders will remain closed for most of this year as the Covid-19 pandemic rages on, but that the country will pursue travel arrangements with neighboring Australia and other Pacific nations.

“Given the risks in the world around us and the uncertainty of the global rollout of the vaccine, we can expect our borders to be impacted for much of this year,” Ardern said at a news conference.

For travel to restart, authorities either needed confidence that those vaccinated don’t pass Covid-19 on to others, which is not yet known, or enough of the population needed to be vaccinated so people can safely re-enter New Zealand. A travel bubble with Australia has been in place since October.