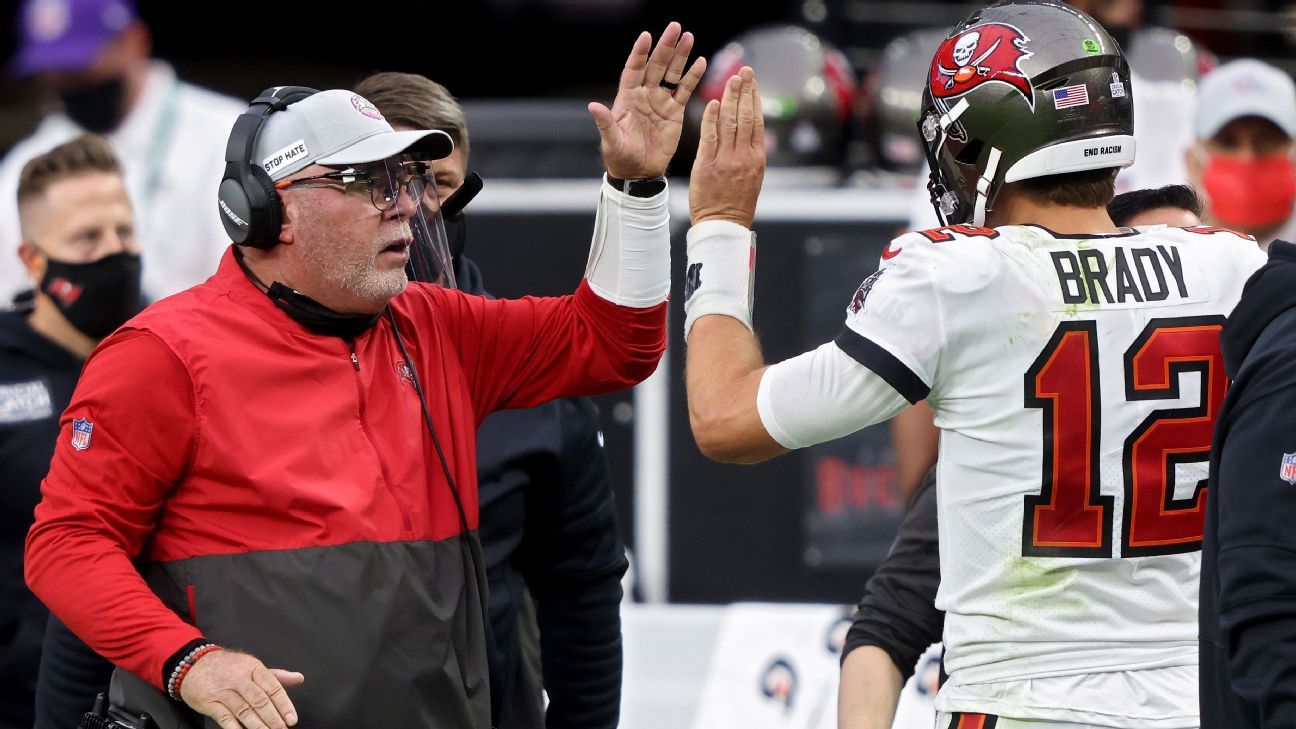 
TAMPA, Fla. — Tampa Bay Buccaneers quarterback Tom Brady spoke glowingly of coach Bruce Arians on Thursday as the Bucs prepare to take on the Kansas City Chiefs in next week’s Super Bowl, saying “I think everyone wants to win for him.”

At 68, Arians will be the second-oldest head coach in a Super Bowl. He won two as an assistant with the Pittsburgh Steelers.

“He’s a great man. A great leader. A great person. A great friend,” Brady said of Arians, whom he got to know when Arians retired briefly and worked in broadcasting in 2018. “He’s very loyal. He’s just got a great way about communicating effectively with everybody around here.”

Brady developed a fondness for Arians after watching his “A Football Life” documentary. It highlighted Arians’ climb to become a first-time head coach at the age of 60 with the Arizona Cardinals, his hard coaching style, his disdain for playing politics and his desire to keep things real.

“Everybody has a great affection for him, for the person he is,” Brady said of Arians. “There’s nobody that would ever say anything bad about BA. He’s just so endearing to everybody. And I think everyone wants to win for him.”

Some had questioned how Brady was handling Arians’ style, with a vastly different demeanor from Bill Belichick that includes, at times, calling players out publicly. Brett Favre and Rob Ninkovich, close friends of Brady’s, even criticized Arians publicly for it, with Ninkovich calling for his job.

But Arians has always said, “It’s just honesty,” and Brady has said that he can handle hard coaching.

“He puts a lot into it, expects a lot out of it,” Brady said. “He has high expectations for us every day at practice. Just really excited for him to be recognized the way that he is. I know he’s two-time [AP] Coach of the Year, but he’s really done an amazing job this year with the team in really adverse situations. I just love playing for him.”

The feeling is mutual.

Said Arians of Brady during the Halas Trophy presentation after the Bucs won the NFC title: “The belief he gave everybody in the organization that this could be done — it only took one man.”