Emmett Till’s childhood home is now a landmark in Chicago 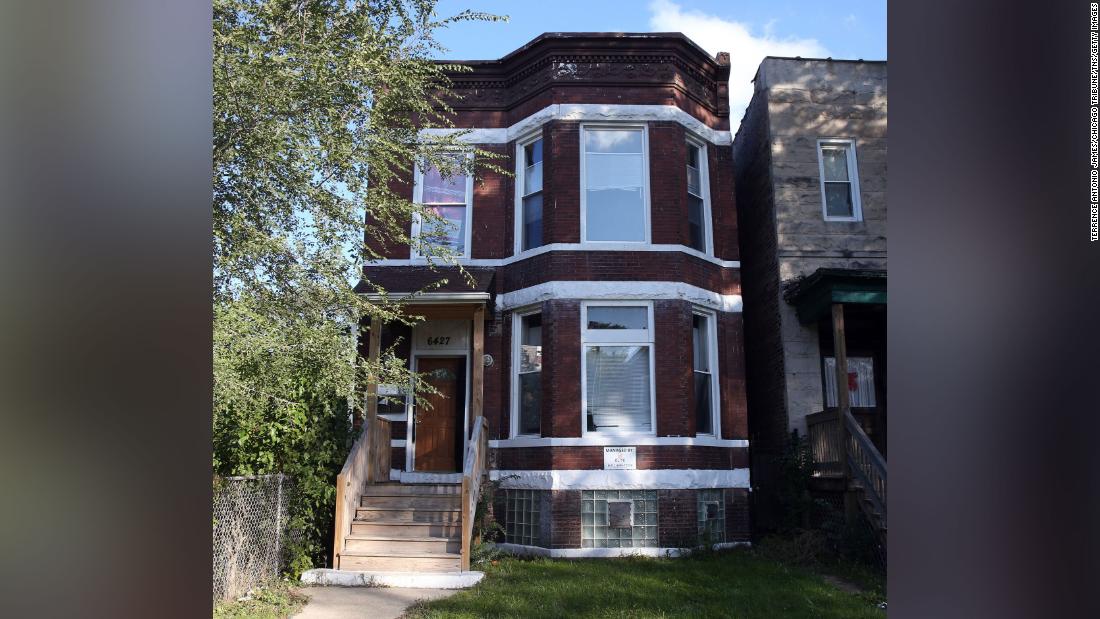 In 1955, Emmett traveled to Mississippi to visit his great uncle. It was during this visit that Till was accused of whistling at Carolyn Bryant, a White woman.
Four days later, Bryant’s husband, Roy, and his half-brother, J.W. Milam, killed Emmett, 14, and dumped his body in the Tallahatchie River.
Less than a month after his body was recovered, an all-White jury deliberated for under an hour before acquitting the two.
The Emmett Till and Mamie Till-Mobley Home, located on the South Side of Chicago, was built in 1895, according to a statement from the mayor’s office.

“Mamie Till-Mobley continued to live in a three-bedroom apartment on the home’ second floor until 1962 while she worked to honor the legacy of her only child by devoting her life to eradicating racism and improving the quality of life for people of color,” the statement read.

Preservation Chicago, a nonprofit organization dedicated to protecting and revitalizing the city’s “irreplaceable architecture, neighborhoods and urban green spaces,” had been pushing to designate Till’s home as a historical landmark for almost five years.

“The recognition and Chicago Landmark Designation of the Emmett Till and Mamie Till-Mobley House has come at a monumental moment in time for our city and our country, even 65 years after Emmett Till’s tragic lynching in Mississippi, while visiting family in the summer of 1955,” the organization said in a statement to CNN.

“We are hopeful that this Landmark Designation will be a testament to this 14-year old child, caught in a nightmare of events, leading to his death, and the strength and courage of his mother, Mamie Till-Mobley to show the world these injustices, and how they lead to such tragic outcomes.”

The City Council’s vote on Wednesday will protect Till’s home from significant alterations or demolition.

The 2,400-square-foot structure was purchased in October 2020 by Blacks in Green, an organization that serves as “a bridge and catalyst” to develop green, self-sustaining, mixed-income, walkable-villages in African American communities, according to its website.

CNN has reached out to Blacks in Green for comment.

Last year, the National Trust for Historic Preservation listed Roberts Temple Church of God in Christ — the church where Emmett’s funeral was held — as one of the United States’ Most Endangered Historic Places.

The church is designated as a Chicago landmark.

Till’s mother insisted on having an open casket funeral as she wanted “all the world” to see the state of her son’s disfigured body.

Thousands of people lined up to pay their respects and witnessed his horrible injuries. Jet, a prominent African American magazine, published graphic photographs of the body.

The following year, Bryant and Milam revealed to a reporter how they killed the teen and dumped his mutilated body in the river. The pair couldn’t be tried again because of double jeopardy laws.

Carolyn Bryant later recanted her allegations against Emmett to Timothy Tyson, a scholar at Duke University. Tyson included Bryant’s stunning admission in his book “The Blood of Emmett Till.”

CNN’s Raja Razek and Brad Parks contributed to this report.