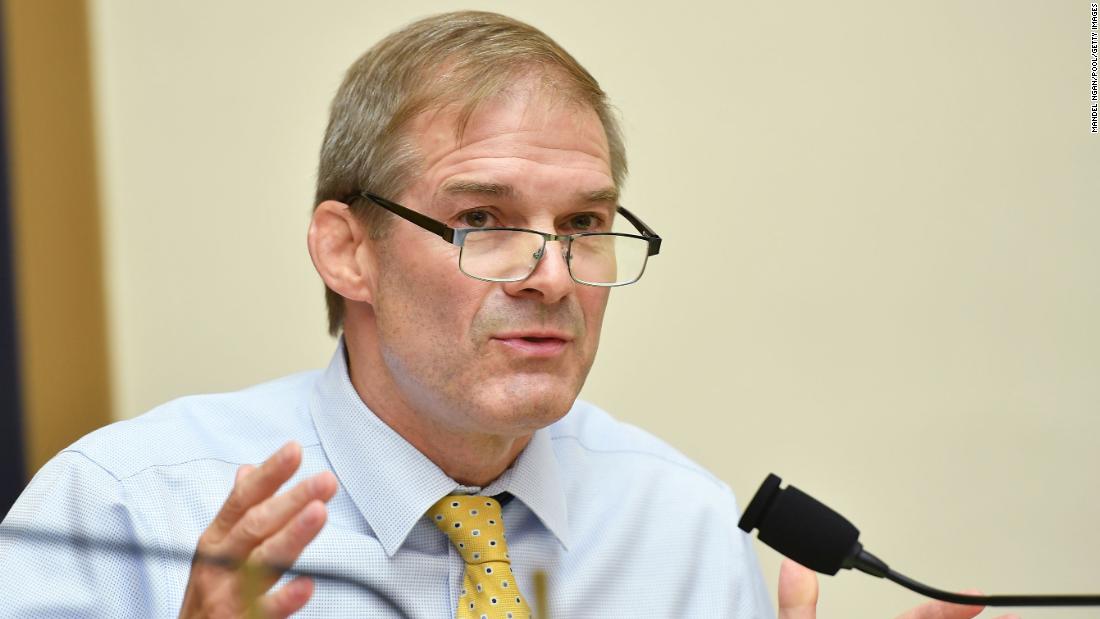 Jordan will instead run for reelection for his US House seat, the spokesperson said.

Jordan’s decision leaves what is expected to be a very crowded field of GOP candidates for the primary next year without a clear front-runner. Just some of the possible Republican candidates include J.D. Vance, the author of “Hillbilly Elegy,” and Josh Mandel, who dropped out of the 2018 GOP primary race to challenge Democratic Sen. Sherrod Brown. Ohio Secretary of State Frank LaRose is also seriously eying a Senate bid, along with at least four other Republican members of Congress: Reps. Steve Stivers, Brad Wenstrup, Mike Turner and Warren Davidson.

While it is early in the race and no one candidate was positioned to consolidate Republican voters, Jordan’s high profile as a prominent Trump ally put him among the most visible GOP candidates. Had Jordan decided to run, he could have potentially cleared the GOP field — or set up an early test of Trump’s political standing among GOP voters following the Capitol riots.

A GOP source familiar with Ohio politics said that Jane Timken, the chair of the Ohio Republican Party, could get into the Senate race now that Jordan is not running. Timken, the source said, could get the Trump endorsement, has her own money and the party establishment would like her.

Portman announced on Monday he would not seek reelection, dealing a blow to Republicans who face a daunting 2022 Senate map and other key retirements in North Carolina and Pennsylvania.

Rep. Tim Ryan is among the Democrats ruminating a run for Portman’s seat, which is expected to be one of the most fiercely contested as Republicans and Democrats battle for control of the 50-50 Senate in the midterms.

During Trump’s presidency, Jordan went from Republican outsider constantly challenging the party’s House leadership to being in lockstep with House Republican leader Kevin McCarthy — and, of course, with Trump.

Jordan, one of the founders of the House Freedom Caucus, helped oust then-GOP House Speaker John Boehner in 2015, and he made a longshot bid to challenge McCarthy to lead House Republicans after the 2018 elections. By the end of the last congressional term, Jordan was the top Republican on the House Judiciary Committee and a key McCarthy ally while Democrats controlled the House.

Jordan played a key role defending Trump during former special counsel Robert Mueller’s investigation and Trump’s first impeachment in 2019. House Republicans added Jordan to the House Intelligence Committee temporarily in order to take part in the public impeachment hearings, where the Ohio Republican’s rapid-fire questions were a key part of the GOP efforts to poke holes in the testimony of the witnesses who said Trump sought Ukraine’s help to dig up dirt on Joe Biden.

Jordan also played a role supporting Trump’s false claims about widespread election fraud after the 2020 election, and he was one of the House Republicans leading the challenge to Biden’s win on the House floor on January 6 when rioters interrupted the certification of the Electoral College votes.

Had he run for Senate, Jordan also likely would have faced further questions about a medical doctor’s sexual abuse of athletes at Ohio State University while he was an assistant wrestling coach.

This story has been updated with additional developments Thursday.

Emmett Till’s childhood home is now a landmark in Chicago

Inside Robinhood, the free trading app at the heart of the GameStop mania