Pentagon won’t commit to Afghanistan troop withdrawal by May, says Taliban are not honoring commitments to US 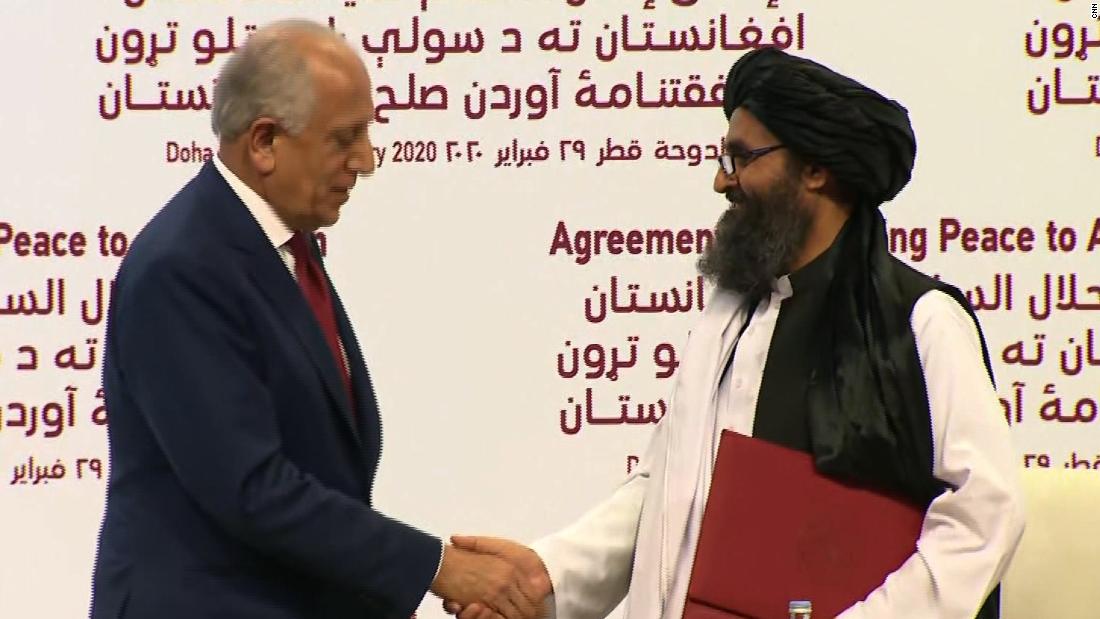 That agreement, negotiated under the Trump administration and signed in February 2020, calls for the militant group to reduce violence and cut ties with terrorist organizations, among other demands. If the conditions of the deal were met, US forces would leave Afghanistan by May 2021. The US force level in Afghanistan went down to 2,500 troops just days before former President Donald Trump left office.

“The Taliban have not met their commitments,” Pentagon spokesperson John Kirby said at a news briefing. “Without them meeting their commitments to renounce terrorism and to stop the violent attacks on the Afghan national security forces, and by dint of that the Afghan people, it’s very hard to see a specific way forward for the negotiated settlement.”

Kirby told reporters the US remains committed to working toward that negotiated settlement between the Taliban and the Afghan governments.

His comments echoed Secretary of State Antony Blinken, who had told Afghan President Ashraf Ghani earlier Thursday that there was “robust diplomatic support for the peace process focused on helping the parties to the conflict achieve a durable and just political settlement and permanent and comprehensive ceasefire that benefits all Afghans.”

The intra-Afghan negotiations opened in September but have progressed slowly. The two sides agreed to the rules and procedures for the talks in December and reconvened after a break in early January.

US Special Representative for Afghanistan Reconciliation Zalmay Khalilzad, the main negotiator on the US deal with the Taliban, has said the goals of the intra-Afghan talks are “a political road map and a comprehensive ceasefire.” The Biden administration has kept Khalilzad in his role.

However, Kirby’s assessment of the Taliban’s noncompliance went further than Blinken, who told Ghani that the US was reviewing its deal with the Taliban “and whether the Taliban are living up to their commitments to cut ties with terrorist groups, to reduce violence in Afghanistan, and to engage in meaningful negotiations with the Afghan government and other stakeholders,” according to a State Department readout.

“We want to end this so-called forever war. We want to bring our forces home. We want to retain some capacity to deal with any resurgence of terrorism, which is what brought us there in the first place,” he said.

He also voiced a need to protect the gains made by women and civil society, telling the lawmakers, “I don’t believe that any outcome that they might achieve — the government of Afghanistan or the Taliban — is sustainable without protecting the gains that had been made by women and girls in Afghanistan over the last 20 years when it comes to access to education, to health care, to employment.”

In his call with Ghani, Blinken “reiterated his desire for all Afghan leaders to support this historic opportunity for peace while preserving the progress made over the last 20 years with regard to human rights, civil liberties, and the role of women in Afghan society,” according to the readout.

There are strong concerns that those gains, particularly for women, could be lost if the Taliban regain power.

In an opinion piece in The Washington Post this week, Ambassador Roya Rahmani — Afghanistan’s first female ambassador to the US — warned that just as peace talks do not necessarily mean peace, neither does a deal.”

“We cannot allow fatigue to lure us into a deal that hurts more than it heals. The consequences of a false peace are as dire as no deal at all,” she wrote.

“In Afghanistan, gains on human rights and women’s empowerment will be lost, democracy could crumble, and Afghanistan could again become a safe haven for terrorist groups in the region,” Rahmani continued. “Furthermore, Afghanistan’s implosion would destabilize the region and have devastating consequences on global security.”

“The United States must make the bold decision to hold the Taliban accountable for its egregious violations of the agreement and fully commit to the U.S.-Afghan partnership,” she said.