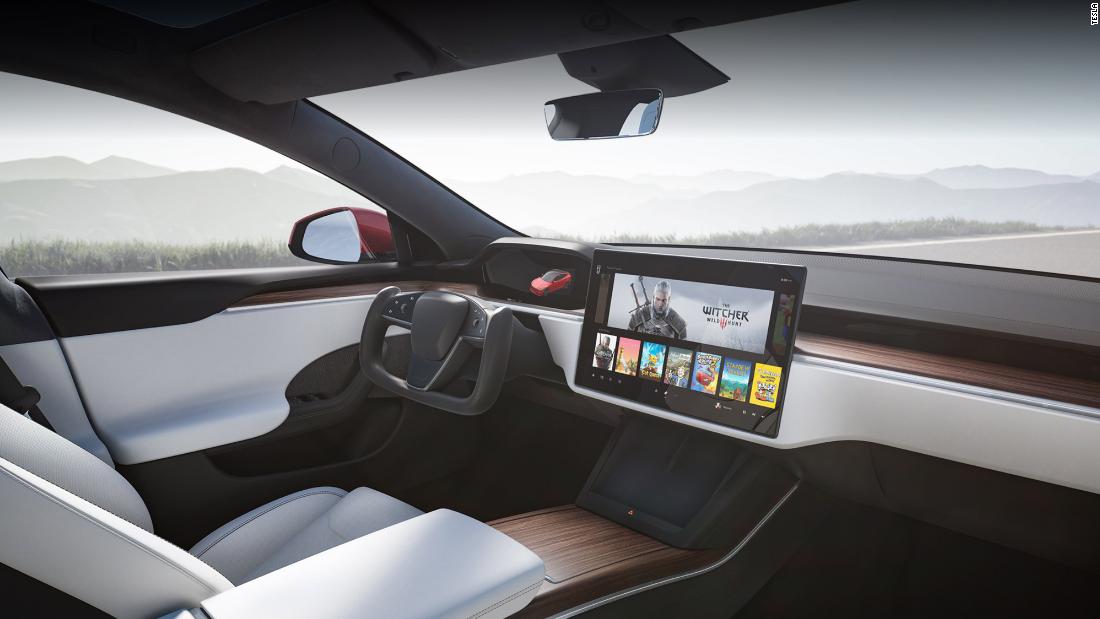 
Cars with Plaid Mode have batteries and three electric motors that can produce up to 1,020 horsepower and can take the car from zero to 60 miles an hour in just two seconds. That’s faster acceleration than any other production car, including ultra-expensive exotic cars from the likes of Lamborghini, Ferrari and Bugatti.

Plaid Mode is a step up from the previously available Ludicrous Mode. Using Ludicrous Mode, a Tesla (TSLA) Model S can scurry from a dead stop to 60 mph in about 2.5 seconds, which was already comparable to many supercars.

The Tesla Model S Plaid, which costs $120,000, provides an estimated 390 miles of driving range on a full charge. A driver would likely only get that sort of range without tapping into the car’s extreme acceleration. The Tesla Model S also comes in Plaid+, which costs about $140,000, and accelerates even more quickly — although Tesla’s website doesn’t detail how much more quickly. Tesla says the 1,100-horsepower Plaid+ Model S can drive more than 520 miles on a single charge.

The names Ludicrous Mode and Plaid Mode are taken from the movie Spaceballs, a 1987 Star Wars parody directed by Mel Brooks. In Star Wars, when spaceships entered “hyperspace” and were traveling faster than the speed of light, the movie screen filled with streaks of smeared starlight. In Spaceballs, a spaceship could go so fast that the streaks of light became plaid.

In practice, drivers will likely rarely use the Model S Plaid Mode’s extreme acceleration capabilities. Drivers going from a stop to 60 miles an hour that fast would experience 1.4 times the force of gravity pressing them back into seat. That’s fun every once in a while, but that’s probably not something you’d want to experience every time you attempt to merge into highway traffic.

The new steering wheel in the Model S is similar in shape to that in the new mid-engined Chevrolet Corvette except that, in the Tesla, there is no top rim. The rim goes around the sides and the bottom only. The lack of a top rim provides a clear view of the small screen in front of the driver that displays a digital speedometer and a rendering of other vehicles around the car.

The oddly shaped steering wheel could prove awkward to use during tight maneuvers, like parallel parking, when the steering wheel is turned completely around. Tesla cars do have an automatic parking feature, but there are still times when a driver will have to do it themselves.

The redesigned interior of the Model S also features a 17-inch high-resolution screen, measured diagonally, in the center of the dashboard. The car also has new high-powered in-car computers that can be used for video games.

Botticelli portrait sells at auction for over $92 million