What if China no longer needs Hollywood? That’s bad news for the film industry 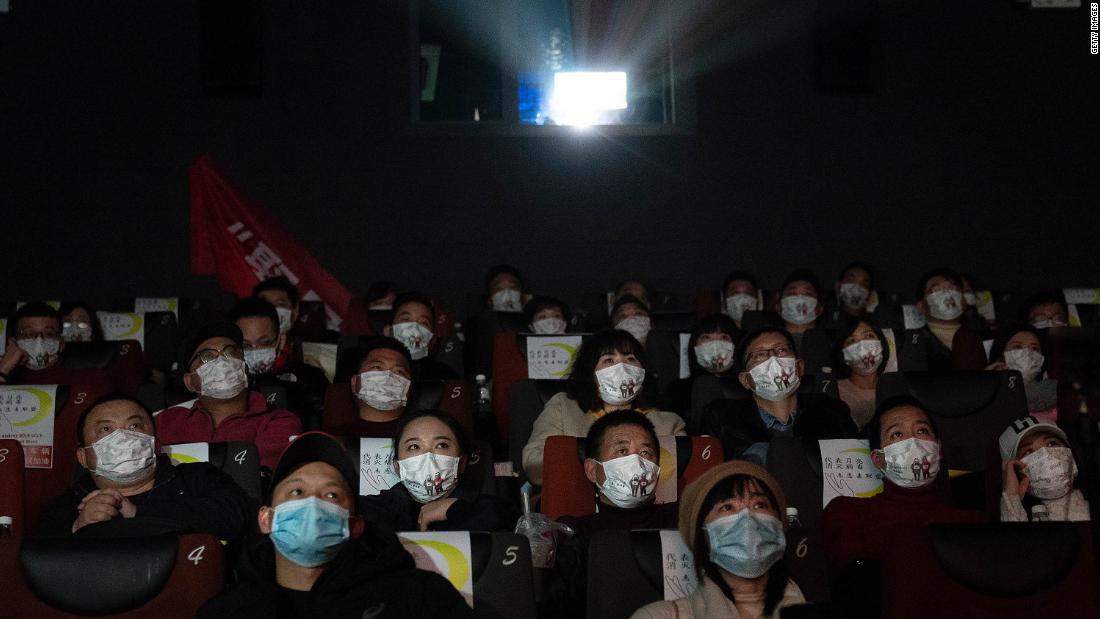 In 2020, China overtook the United States to become the top movie market in the world. The country, perennially the second-largest movie market, brought in $3.1 billion at the box office in 2020, according to Comscore (SCOR) — nearly $1 billion more than the United States did last year.
Now, obviously, there’s a glaring asterisk here: coronavirus. China bounced back much faster than the United States did following the initial outbreak in the country. That led to theaters opening sooner than those in the United States, which still has many of its theaters closed.
Caveats aside, some major Hollywood films just didn’t catch on with Chinese audiences in 2020. Warner Bros.’ “Wonder Woman 1984” didn’t do well there, and Disney’s “Mulan” — a movie aimed at Chinese audiences — was a big disappointment. This comes after years of Hollywood globalizing their blockbusters in hopes that they connect with American and international audiences, like those in China.

A Hollywood without China?

“If China doesn’t need US movies, Hollywood studios will have to dramatically reduce their spending on big budget blockbusters,” Aynne Kokas, the author of “Hollywood Made in China,” told CNN Business. “The current budgets are unsustainable without access to the China market. That could fundamentally change the model of the US film industry.”

Kokas, an associate professor of media studies at the University of Virginia, explained that to sell films to the Chinese audience, US studios have cast “Chinese stars and adjusted content to serve the Mainland Chinese market.”

Recent examples are removing the Taiwan flag on Tom Cruise’s jacket in the upcoming “Top Gun: Maverick” and “the retelling of ‘Doctor Strange’ so that a lead character is Celtic rather than Tibetan,” she said. China considers self-ruled Taiwan a breakaway province and maintains a tight grip on Tibet, where the US government says ethnic Tibetans’ religious freedom has been severely restricted.

Kokas said that “unless the US gets Covid under control and theaters open, Hollywood will become increasingly dependent on China.”

“Regardless of what happens with Covid, we have at a minimum entered a world where the Chinese and US box offices are equally important,” she added.

While Hollywood movies have stumbled in China lately, some films produced by Chinese studios and production companies have flourished.

China released a blockbuster of its own in August called “The Eight Hundred.” The action war film from China’s CMC Pictures grossed more than $100 million in the country on its opening weekend and made more than $400 million worldwide.

Shawn Robbins, chief analyst at Boxoffice.com, told CNN Business that it’s telling that the Chinese box office rebounded in 2020 mostly due to their handling of the pandemic’s impact as well as “the volume of strong, in-demand local content.”

“There is a clear strength in China’s market that allows them to not rely exclusively on Hollywood products,” he said. “That’s an internal advantage of their industry.”

Hollywood’s problems in China could also be related to rising geopolitical tensions with the US itself. Coronavirus caused a rift between the US and China that has lead to a surge of nationalism in the country and anti-foreign sentiment, which is often stirred by China’s state media.

The two pillars of the global box office

2020 was a year that changed the pecking order at the global box office, but Hollywood shouldn’t ring the alarm bells just yet. The appeal of many American brands among Chinese audiences “probably hasn’t waned significantly,” Robbins points out.

“While we’ve seen mixed results from Hollywood titles opening there during the pandemic, let’s also remember the sample size is quite small and doesn’t necessarily reflect what happened before the pandemic and likely what could happen after,” he added.

Robbins said that “Wonder Woman 1984” was a misfire in China for several reasons, including that “its predecessor itself wasn’t nearly the runaway blockbuster in that country that it was in other parts of the world.”

He also added that the controversies surrounding “Mulan” before its release likely didn’t help its success in the country, either. And Chinese audiences weren’t arguably big fans of the original 1998 animated version of the film because of how the US and Disney retold and westernized the original legend.

But franchises like Marvel, Fast & Furious, and other Disney titles have been “among the reliable imports China’s market banks on,” he said.

“It’s hard to see that changing dramatically in the short term once the world begins to recover from the pandemic later in 2021 — especially when considering nearly half of 2019’s top grossing films in the Middle Kingdom were Hollywood-made.”

“Ultimately, though, the global box office landscape depends greatly on what these two giants can achieve in the years going forward,” Robbins said.

Coronavirus vaccines: Boost for Africa in race for jabs