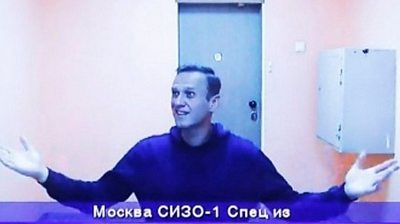 
Russian anti-Putin campaigner Alexei Navalny has denounced his detention as “blatantly illegal” in an appeal hearing via video link.

A judge heard, and then rejected, his appeal against detention for 30 days.

He was arrested on 17 January for not complying with a suspended sentence. He had only just arrived from Berlin, where he spent months recovering from a near-fatal Russian nerve agent attack.

The authorities say he was supposed to report to police regularly because of a suspended sentence for embezzlement.

But his lawyers called this “absurd”, saying the authorities knew he was being treated in Berlin for the Novichok poisoning, which happened in Russia last August.

Mr Navalny, Russia’s most prominent opposition leader, told the judge on Thursday “this is all massively, blatantly illegal”.

Growing up wild: this photographer captures the beauty of Mexico’s mountains