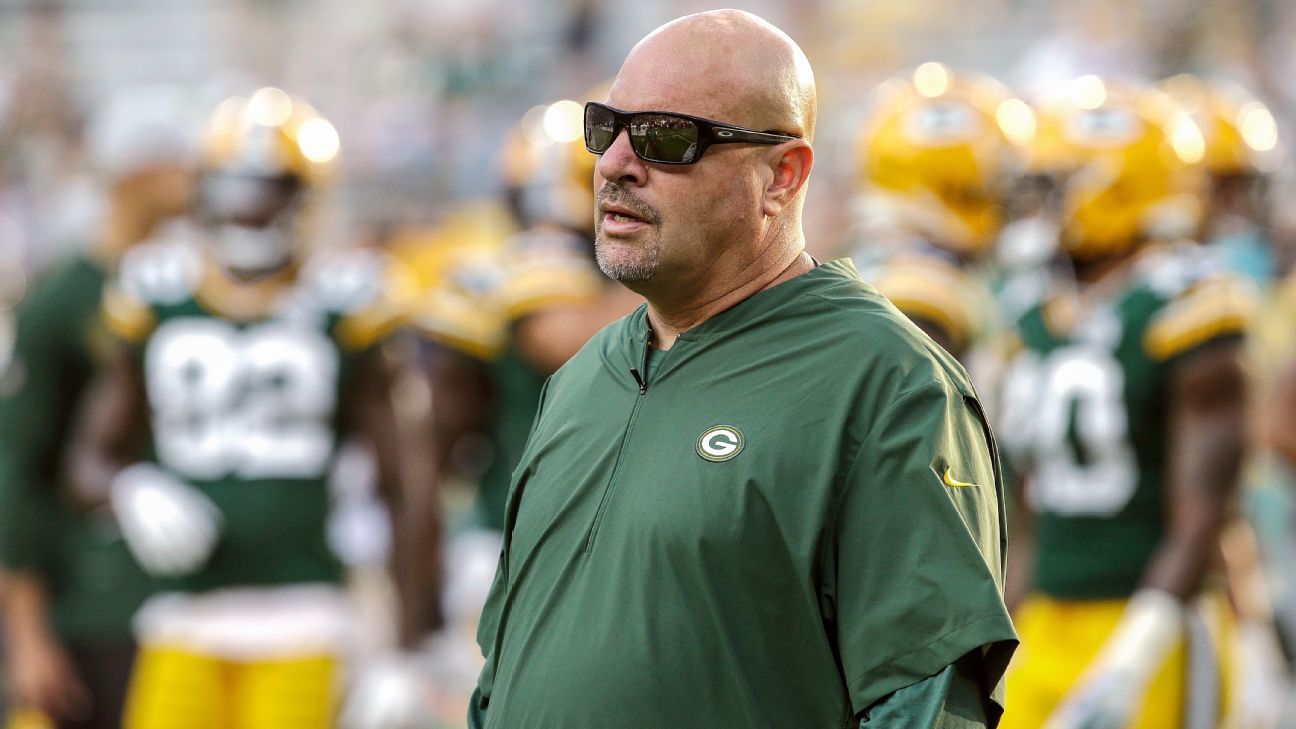 
GREEN BAY, Wis. — Veteran defensive coordinator Mike Pettine, one of the few assistant coaches Matt LaFleur retained from the previous Green Bay Packers coaching staff, is out after three years with the team and two under LaFleur, the team announced Friday.

The move comes despite Pettine getting the Packers back into the top 10 in overall defense; they ranked ninth during the 2020 season.

Pettine, 54, never signed a contract extension that was offered to him after last season, meaning he was in the final year of his deal, a source told ESPN earlier in the week, making it a cleaner split. Most coordinators and position coaches always have two years on their deals with the Packers, but Pettine chose to go into the last year of his contract and see how things played out.

“We want to thank Mike for his commitment to the Packers for the last three seasons. He was an important part of our success,” LaFleur said in a statement. “As a first-time head coach, he was also an invaluable resource for us during our time together.”

It means the Packers will have two new coordinators next season. Earlier in the week, they fired special-teams coordinator Shawn Mennenga and will promote assistant Maurice Drayton to replace him.

After LaFleur publicly criticized a defensive playcall from the Jan. 24 loss to the Tampa Bay Buccaneers, who scored on a 39-yard touchdown pass with one second left in the first half of the NFC Championship Game, this move seemed inevitable.

LaFleur never specifically said whether Pettine — who calls the defensive plays — made the call on his own or in consultation with LaFleur.

“It was man coverage — definitely not the right call for the situation and you can’t do stuff like that against a good football team and expect to win,” LaFleur said after the game, calling that one of a couple of plays that made the difference in the game.

“You just can’t do that stuff. I blame us as coaches for putting our guys in that situation. That’s inexcusable. That should not have happened. So we’ve got to take a look at it, do some self-reflection and try to figure out ways on how that can’t happen again.”

Before being hired by McCarthy, Pettine had been out of coaching following his two-year stint as the Cleveland Browns’ head coach in 2014-15.

His status was briefly in question after the 2019 season, when the Packers’ defense allowed 285 yards rushing in the NFC Championship Game loss to the San Francisco 49ers, but ultimately LaFleur decided to retain him for another season.

The Packers have at least one possible in-house replacement — defensive backs coach Jerry Gray. The longtime assistant coach joined the Packers this past season and has served as defensive coordinator on two different occasions — for the Buffalo Bills (2001-05) and Tennessee Titans (2011-13). This was his 24th season as an NFL assistant coach following a playing career that included four Pro Bowls.

The Packers on Friday also made official the firing of Mennenga after two seasons.