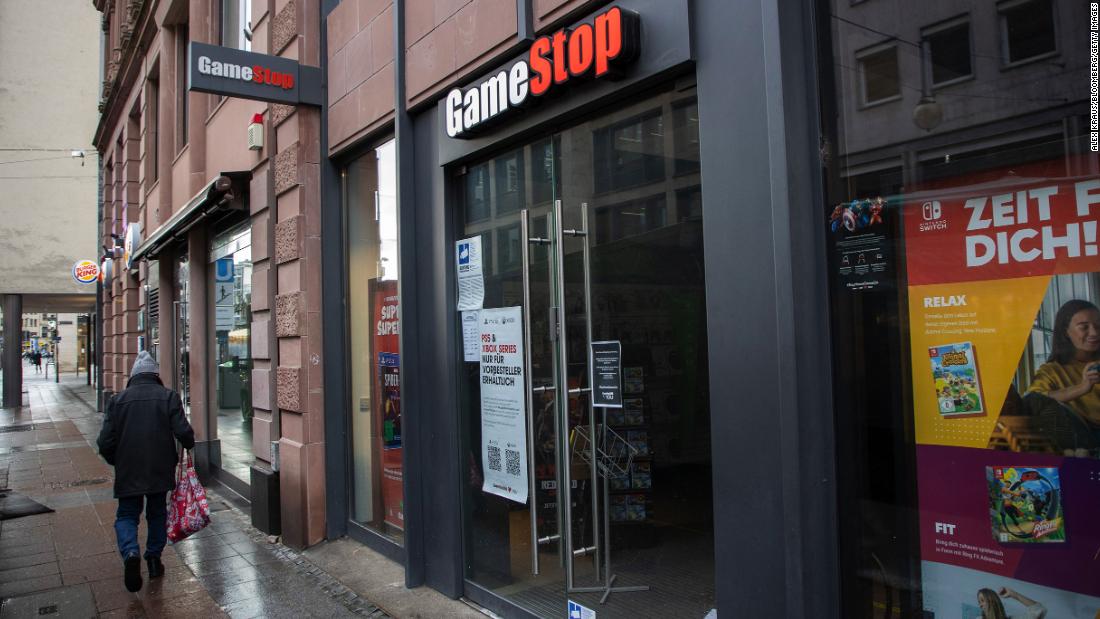 What’s happening: Shares of companies that are heavily shorted — indicating that institutional investors are betting they will fall — have been scooped up on a number of global exchanges.

Stock in movie theater operator Cineworld and publisher Pearson in London are up 13% and 11% this week, respectively. Shares of mall owner Unibail-Rodamco-Westfield have jumped 23% during that period in Amsterdam. Polish video game maker CD Projekt is up 34%, helped along by a tweet from Tesla CEO Elon Musk on Thursday that mentioned the company’s Cyberpunk game.

Such stocks “fit the model” of names targeted by social media users in recent days, Nicholas Hyett, an equity analyst at Hargreaves Lansdown in London, told me.

Meanwhile, social media in India is full of chatter on how to join the melee.

While US traders are coordinating on Reddit’s “WallStreetBets” group, Indians are flocking to a board called “IndianStreetBets.” The community now boasts 14,000 traders, and posters are discussing how to replicate what’s playing out in the United States. Some are honing in on renewable energy company Suzlon, whose shares are up 5% Friday, while others are buzzing about alt-cryptocurrency Dogecoin, which has spiked 377% in the last 24 hours, according to Coindesk.
Discussions have even reached China, where many traders have called out what they see as exploitation of the market by institutional investors, my CNN Business colleague Laura He reports.

“Market makers are trembling in front of retail investors who grouped together,” one user wrote on social media site Weibo. “It will soon be China’s turn.”

That may be a challenge. Mainland China’s financial markets are very different from those in New York. Short-selling is highly regulated and incredibly rare, making it unlikely Chinese investors could mimic the way Americans have pumped up GameStop shares. And coordinated retail action that catches the attention of regulators could lead to a swift crackdown from Beijing, which remains focused on limiting stock market risk after bouts of volatility.

Even traders in cities like London may have difficulty copying what’s happening in the United States, according to Hyett. He noted that it’s much harder in the United Kingdom to access leverage for trading options, a popular tactic among WallStreetBets posters, and that commission-free trading on platforms like Robinhood hasn’t been popularized in the same way. Robinhood scrapped its UK launch last summer.

Robinhood’s decision to restrict trading of meme stocks has plunged it into the center of the chaos sweeping markets, as investors and lawmakers demand answers from the startup.

The latest: On Wednesday, stock in GameStop plummeted 44% after the commission-free trading platform, which has experienced a surge in activity this week, said it would only let users sell shares. It also applied restrictions to AMC, BlackBerry, Bed Bath & Beyond, Nokia and three other stocks.

“We continuously monitor the markets and make changes where necessary. In light of recent volatility, we are restricting transactions for certain securities to position closing only,” Robinhood said in a statement.

The backlash was swift, as internet users and politicians from both parties — including Rep. Alexandria Ocasio-Cortez and Sen. Ted Cruz — cried foul.

“We now need to know more about [Robinhood’s] decision to block retail investors from purchasing stock while hedge funds are freely able to trade the stock as they see fit,” Ocasio-Cortez tweeted. “As a member of the Financial Services Cmte, I’d support a hearing if necessary.”

Robinhood later clarified that the decision was made exclusively to meet certain regulatory requirements, and said that it would resume limited buys on those securities starting Friday.

“The amount of money that we have to put up depends on market volatility, and we’re in a historic situation where there’s a lot of activity and a lot of buying concentrated in a small number of symbols,” Robinhood CEO Vlad Tenev told CNN’s Chris Cuomo Thursday evening.
Robinhood raised $1 billion from existing investors just hours after it halted purchases of GameStop, suggesting it faced a potential cash shortage, my CNN Business colleague Matt Egan reports.

Watch this space: GameStop shares were last up 69% in premarket trading. Buckle up for another bumpy day.

The US economy just had its worst year since 1946

The numbers are out: In 2020, US gross domestic product decreased by 3.5% from the prior year. That was the worst decline since 1946.

Economists are worried that the headline number for the last three months of the year also masks some underlying weakness.

“Recent economic indicators, including initial unemployment claims and retail sales, meaningfully weakened at the end of the year — suggesting that the recovery was stalling,” said Erik Lundh, senior economist at The Conference Board.

Big picture: The data is a call to action for Congress as they debate additional stimulus measures. And as Federal Reserve Chair Jerome Powell observed, the recovery from here on out hinges on getting vaccination efforts up to speed.

“There’s nothing more important to the economy now than getting vaccinated,” Powell said.

Also today: US personal income and spending data, as well as an important read on inflation, post at 8:30 a.m. ET.

Coming next week: What’s the next stage in the GameStop saga? Whatever happens next, it’s clear that stock picking is alive and well. We’ll have more in our Sunday edition.

France murders: Man with hatred for HR suspected in attacks