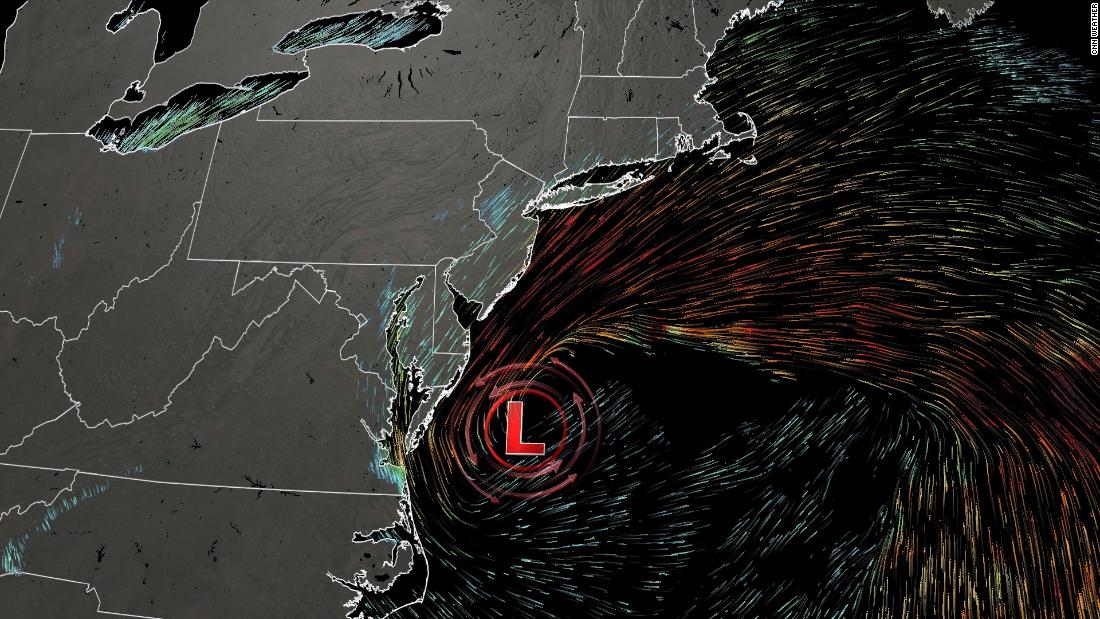 “It’s too early to tell who will see the most snow, but looks like the set up for more than a foot of snow for someone,” said CNN meteorologist Dave Hennen. “This is the classic snow storm set up for the Midwest. Low pressure moves out of the Rockies, gathers moisture from the Gulf, which interacts with cold Arctic air.”

Areas farther, east such as St Louis and Springfield, Illinois, will see more of a rain/snow mix through Sunday. So exactly how much snow will stick to the ground remains uncertain.

One week after areas of Iowa were pummeled by snow, they could see a few additional inches this weekend.

“Unlike the last system, this one will contend with warmer temperatures that will yield periods of rain, snow and wintry mixes depending on where you are in the state,” said the Des Moines office of the National Weather Service. “The best chances for accumulating snowfall will be areas east of I-35 and along/north of I-80.”

Winds will kick up Saturday along the Central Plains, which will also increase fire threats for portions of Oklahoma, Texas and Kansas.

“By Saturday, the surface low strengthens substantially and treks eastward near the Kansas/Oklahoma border. This is a clear pattern for windy conditions in our area,” said the Oklahoma City office of the National Weather Service.

On Sunday, the system will push through the Great Lakes and enter the Mid-Atlantic. By this time, the storm will have had a chance to strengthen significantly, which means the potential for significant snowfall will also increase.

The best chance for heavy snowfall appears to include areas of northern Illinois, Indiana and Ohio, as well as southern Wisconsin.

There is also the concern for ice across portions of North Carolina, Virginia and West Virginia.

By Sunday night, the storm will move through the Mid-Atlantic and eventually offshore.

Cities in the Mid-Atlantic region could use some fresh powder, as they are running way behind for snowfall totals this winter.

For example, Baltimore and Wilmington, Delaware, have had only 2 inches, resulting in snowfall totals that are about half of a foot below normal. Washington, DC, and Atlantic City, New Jersey, have seen less than 1 inch, which amounts to more than 7 inches below normal for the season.

Those snowfall totals contrast with Midland, Texas, which has had over 8 inches, and Oklahoma City, which has seen nearly 1 foot of snowfall this winter.

On Monday, after the system moves offshore, it could strengthen even further and become a nor’easter as it advances along the coast.

A nor’easter swept through the region about a month ago, when places like Boston; Hartford, Connecticut; Providence, Rhode Island; and Albany, New York, broke daily snowfall records on December 17.

This next system will be tricky. The exact location of that low pressure system and its proximity to the East Coast will determine how much snow versus rain these cities in the Northeast get. While the European model veers the system a little further from the coast than the American model, it is enough to make a difference in snowfall forecasts.

For now, the more robust model calls for 8 to 12 inches from Roanoke, Virginia, to Philadelphia. The more conservative model calls for a mix of rain and snow, which will limit the snowfall accumulations for most areas except Virginia, Maryland and Delaware.

If you are a snow-lover in DC, this could be the first decent snowstorm in almost two years. The streak of 708 days since the city’s last snow of 1 inch or greater ranks as its second longest, behind a 788-day streak that ended in 2013.

Which players could move? Who is a free agent? What do clubs need?