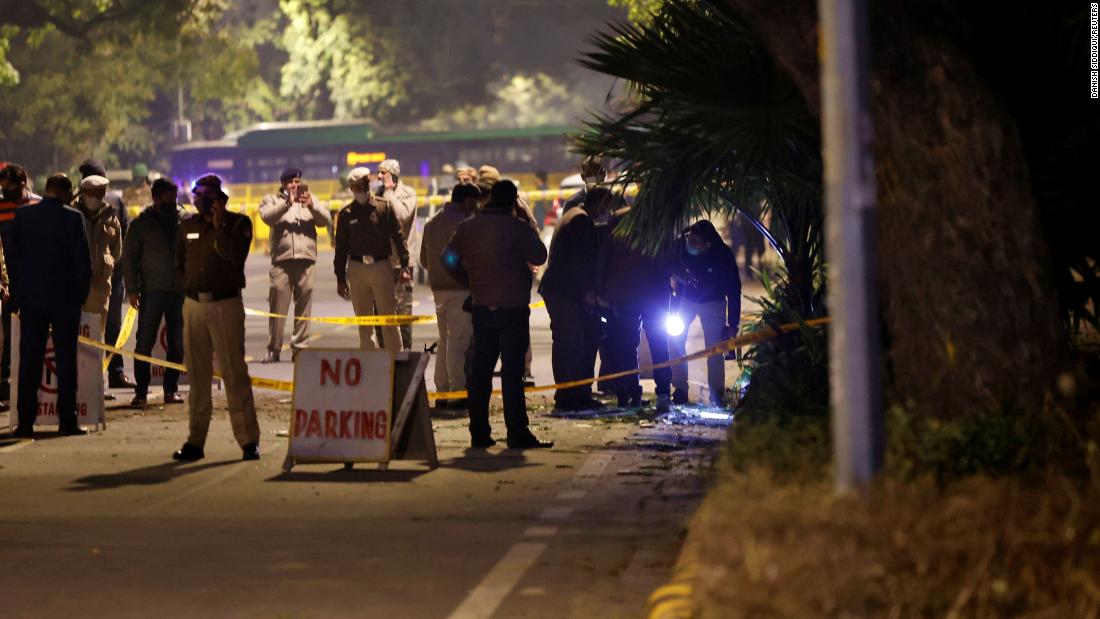 New Delhi police said a “very low intensity improvised device” went off around 5 p.m. local (6.30 a.m. ET) in the center of the city. No injuries were reported.

Israel is currently treating the explosion as a terror event, an official at the country’s foreign ministry told CNN. The official said it is too early to say for sure whether the embassy was the target but “this is one of the investigation directions at this stage.”

An Israeli foreign ministry spokesperson said earlier there were no casualties in the blast and there had been no damage to the building.

Delhi police said the windows of three vehicles were the only things to be damaged in the blast, adding that on “initial impressions” the explosion was a “mischievous attempt to create a sensation.”

India’s minister of external affairs, S. Jaishankar, said he had spoken to Israeli foreign minister Gabi Ashkenazi and assured him the blast was being taken very seriously.

“Assured him of the fullest protection for the Embassy and Israeli diplomats. Matter is under investigation and no effort will be spared to find the culprits,” Jaishankar said in a tweet.

Friday marks the 29th anniversary of the establishment of full diplomatic relations between Israel and India.

France murders: Man with hatred for HR suspected in attacks

Should UConn be worried, which teams are No. 1 seeds and other women’s college basketball questions