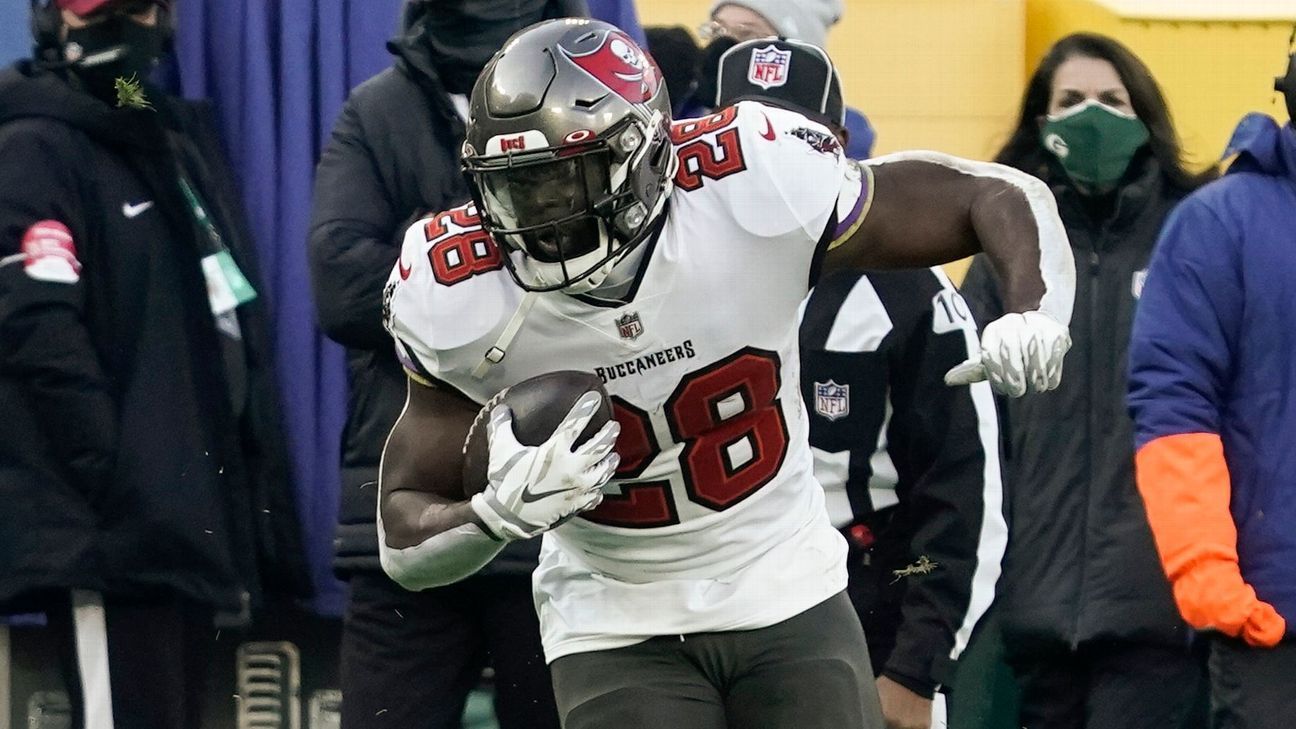 
TAMPA, Fla. — Tampa Bay Buccaneers running back Leonard Fournette must have known something, when he tweeted on Feb. 2, 2014, that it wasn’t a matter of if, but when he’d play in the Super Bowl.

That day, the Seattle Seahawks defeated the Denver Broncos in Super Bowl XLVIII and he wrote, “Can’t wait til I play in that Super Bowl.” He retweeted it Friday.

This tweet from my senior year in high school nothing but Gods plan……. Playoff Lenny https://t.co/qoLCZ1p270

Fournette, a highly touted high school running back at the time, had recently committed to LSU. He’d also watched his hometown of New Orleans host the Super Bowl the year before.

Seven years later, he gets his wish with the Bucs in Super Bowl LV after he came up short as a member of the Jacksonville Jaguars in the 2017 AFC Championship Game, losing to the New England Patriots. The irony being that Tom Brady, who beat his Jaguars in that game, is now his teammate.

Fournette signed with the Bucs during the first week of the 2020 season and had to get accustomed to being a backup behind Ronald Jones II before exploding in the postseason with 313 yards from scrimmage, the most of any player during these playoffs. It earned him the nickname “Playoff Lenny.”

“It’s very, very hard when you’re a superstar and you’re the focal point of the offense and you come to a [different] team and you’re basically a role player for a while,” coach Bruce Arians said. “It’s a very hard role to accept.”

“I just told him, ‘This team is special, and you’re a huge part of it,’ ” Arians said. “Embrace your role. You never know when your role is going to change. Then Ro got hurt. He got COVID and then he got hurt. I’m really, really proud of Leonard and the way he’s handled it.”

After the Bucs’ NFC Championship Game win over the Green Bay Packers last week, Fournette got so emotional that he began to cry and had to step away from the celebration, thinking back to his childhood dreams and his struggles with the Jaguars, who released the former fourth-overall pick after three seasons in Jacksonville.

“I just thank God every day,” Fournette said. “I was crying for like 30 minutes — I was on the phone with my mom and my dad just [talking] about my journey. First, in Jacksonville, from me going to jail, from me getting cut — I think it’s a wonderful story how it’s playing out.”