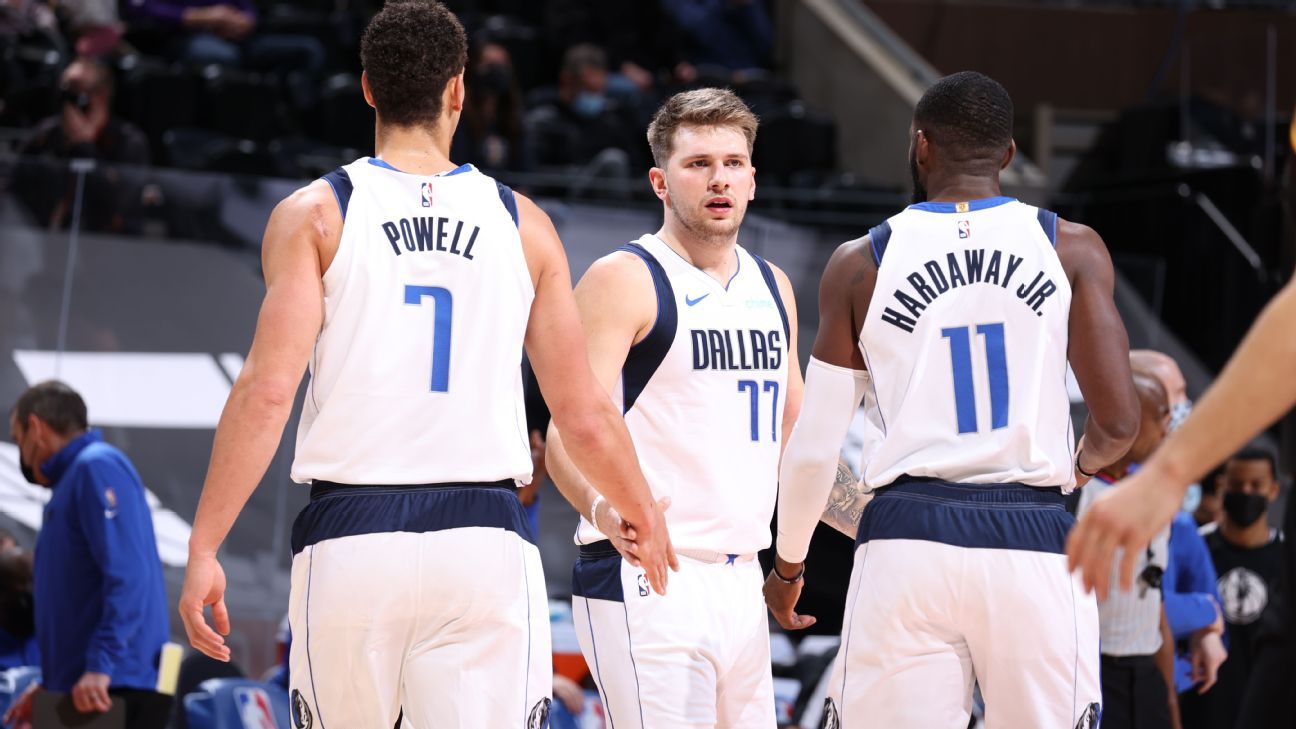 
Luka Doncic needed only one word to describe the state of the Dallas Mavericks after their seventh loss in nine games.

“Terrible,” Doncic said Friday night after the Utah Jazz extended their winning streak to 11 games with a 120-101 rout of the visiting Mavs.

Asked to elaborate, Doncic expressed frustration with the poor effort the Mavs have often displayed recently. Dallas, which dropped to 8-11, has been defeated by double digits five times during the skid. The Mavs were dominated in both games of their trip to Utah despite the Jazz missing All-Star shooting guard Donovan Mitchell because of a concussion.

“I never felt like this,” said Doncic, who won championships with Real Madrid and the Slovenian national team before beginning his NBA career. “We’ve got to do something, because this is not looking good. We’ve got to step up and just talk to each other and play way better than this. It’s mostly effort.”

The Mavs’ slump has coincided with a COVID-19 outbreak wreaking havoc on the team’s rotation. Starting shooting guard Josh Richardson, starting forward Dorian Finney-Smith and backup center Dwight Powell returned after extended absences for the two losses against the Jazz. Power forward Maxi Kleber, who was starting before testing positive for the coronavirus, has yet to be cleared to play.

“It’s just a tough stretch and we’ve got to play through it,” said Mavs coach Rick Carlisle, whose team finishes a back-to-back at home Saturday against the Phoenix Suns. “Right now, it’s about sticking together and fighting our way through this thing.”

Doncic, a preseason MVP favorite who is averaging 27.3 points, 9.2 rebounds and 9.6 assists per game, criticized the Mavs’ effort after both losses against the Jazz.

“I would say right now it’s looking like we don’t care, honestly, if we win games or not,” Doncic said. “We just [need] more energy, more effort, dive for every ball, box out, everything. There’s a lot of things we could improve, and I know we will. I know we will, and that’s all that matters.”

Utah outrebounded Dallas by 14 on Wednesday and by 16 on Friday. Jazz All-Star center Rudy Gobert was especially dominant during the two-game set, following up a 29-point, 20-rebound performance with 17 points and 12 rebounds in the second game. Mavs center Kristaps Porzingis, who is depended on to be Doncic’s co-star, averaged 14.5 points and seven rebounds during the two losses, in which Dallas was outscored by a combined 42 points in his 57 minutes.

Porzingis certainly had plenty of company among Mavs players performing poorly. Dallas’ largest deficit was 25 on Wednesday and 30 on Friday.

The Jazz, who have the NBA’s best record at 15-4, have an average margin of victory of 15.6 points during their 11-game winning streak, the longest in the league this season. Utah has trailed in the fourth quarter for a total of only 57 seconds during the 11-game run.

“They’re a great team,” Carlisle said, “and we’ve just got to stay in the fight here.”