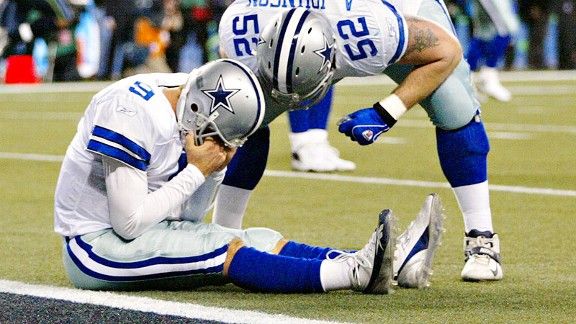 
FRISCO, Texas — Twenty-five seasons have passed since the Dallas Cowboys last played in a divisional championship game or a Super Bowl.

There was a time in the 1990s when Cowboys fans could legitimately think of a championship parade in downtown Dallas without a smirk. The Cowboys had Super Bowl-winning seasons in 1992 and 1993, went to the NFC Championship Game in 1994, and won their third Super Bowl in four years in the 1995 season.

Since then, a generation of fans has gone through the longest title drought in franchise history, clinging only to the stories told to them by their parents or grandparents about the Cowboys’ ultimate success.

Coming off a 6-10 finish in 2020, it does not appear the drought will end in the 26th season, but there will always be hope — sold by either the moves the Cowboys make this offseason or the never-ending positivity of owner and general manager Jerry Jones.

Of course, the drought did not have to be this long for a variety of reasons under Jones’ stewardship. It’s not like the Cowboys have lacked chances to reach the NFL’s championship game.

As we ponder when the Cowboys will get back to the NFL’s biggest stage, let’s look at the best chances that eluded them.

In 2007 and 2016, the Cowboys had home-field advantage in the NFC, only to lose at Texas Stadium to the eventual Super Bowl champion New York Giants (2007) and at AT&T Stadium to Mike McCarthy’s Green Bay Packers (2016) after a miraculous third-and-21 completion in the final seconds.

But were those the best Cowboys teams to miss getting to the Super Bowl? Here are ones you might recall:

Why it should have happened: The Cowboys closed the regular season with four straight wins, scoring at least 38 points in each of the victories. They needed some good fortune in the wild-card win against the Detroit Lions — a non-pass interference call and a fourth-down conversion from quarterback Tony Romo to tight end Jason Witten — but this was a team that found a way to win games with big plays, even with a defense that did not have a Pro Bowler.

Why it didn’t happen: NFL officials Gene Steratore and Dean Blandino. Dez Bryant’s fourth-down catch at the Packers’ 1-yard line was overturned by replay late in the fourth quarter. Bryant took three steps and lunged for the goal line after making the catch — and it was a catch. But the ref, Steratore, and the NFL’s director of officiating, Blandino, ruled Bryant did not maintain possession as he went to the ground. The Packers took over and ran the clock out with two third-down conversions. Ultimately, the play led the NFL to rewrite its rules, but that did not heal any ill feelings. If the catch had been upheld and the Cowboys scored the go-ahead touchdown, who knows if the Dallas defense could have stopped Green Bay quarterback Aaron Rodgers in the final four minutes. But this was a defense that did make some key stops throughout the season.

Biggest what-if: The turning point of the Cowboys’ season came in Week 6 with a 30-23 win against the defending Super Bowl champion Seattle Seahawks. Had the Cowboys beaten Green Bay, they would have returned to Seattle for the chance to go to Super Bowl XLIX. Comforted by the knowledge they already won there, the Cowboys would have carried a ton of confidence into the conference championship game.

Why it should have happened: This was the most talented Dallas team since the Super Bowl days. The Cowboys had 13 Pro Bowlers. They had Romo in his first full season as a starter. They had an offense that could win through the air (Witten, receivers Terrell Owens and Patrick Crayton) or on the ground (running backs Julius Jones and Marion Barber) with an offensive line that featured three Pro Bowlers (Flozell Adams, Leonard Davis and Andre Gurode). They also had a defense that could more than hold its own with DeMarcus Ware, Greg Ellis and Jay Ratliff anchoring the front seven, and defensive backs Roy Williams and Terence Newman.

Why it didn’t happen: The Cowboys’ season ended Jan. 13, 2008, with a 21-17 loss to the Giants, a team Dallas had beaten twice in the regular season. In looking back, it actually ended late in the regular season when they lost two of their last three games — and their mojo. Phillips made great moves in his first season as Cowboys coach, but he let off the gas late in the season and the team could not regain its footing.

Why it should have happened: Carried by the youth of quarterback Dak Prescott and running back Ezekiel Elliott, the Cowboys did not enter the playoffs with the scars of 2006, 2007 or 2014. Like the 2014 Cowboys, they were carried by the league’s leading rusher, Elliott, and the NFL’s best offensive line, which helped protect a defense that had one Pro Bowler (linebacker Sean Lee) and the NFL’s top-ranked run defense. This team became hardened with wins at Pittsburgh and Green Bay and seemed headed for a run of successful seasons.

Why it didn’t happen: Aaron Bleepin’ Rodgers. Prescott overcame a shaky start to lead a furious comeback that allowed the Cowboys to tie the divisional-round home game with 35 seconds to play. Overtime looked to be assured, and even more so when Jeff Heath sacked Rodgers for a 10-yard loss. But on third-and-21, Rodgers spun to his left and fired a dart to tight end Jared Cook at the sideline for a 35-yard gain to the Dallas 33 with 3 seconds left. Mason Crosby hit a 51-yard field goal, his second from more than 50 yards in the final 1:33, giving the Packers the three-point win.

Biggest what-if: Prior to this loss, the Cowboys had been perfect in the postseason (2-0) at AT&T Stadium. The atmosphere inside the stadium for the playoff games had been far different from the somewhat docile atmosphere at most regular-season games. The Atlanta Falcons would have come to Arlington, Texas, for the NFC Championship Game. The Cowboys went 7-1 at home in the regular season with an average margin of victory of 10.8 points.

Why it should have happened: The Cowboys’ season was saved when Romo became the starting quarterback in Week 7. They won five of his first six starts to get into the playoffs. The Cowboys closed with three losses in four games, which took away momentum, but with Parcells’ two Super Bowls and an experienced staff, the Cowboys appeared ready to make a move in the postseason in a conference that did not have a dominant team.

Why it didn’t happen: It might be the most gut-wrenching loss in team history. The Cowboys were poised to take the lead in the wild-card game at Seattle, moving down to the Seahawks’ 1-yard line after what was ruled a first-down catch by Witten. A replay review moved the ball back to the 2, setting up a chip-shot field goal by Martin Gramatica with 1:19 left in the game. Unfortunately, he never got the chance to attempt the kick when the ball slipped through Romo’s hands. The quarterback looked like he could score a touchdown as he scrambled, but he was stopped short of the end zone or a first down by Jordan Babineaux. Sitting on the field, Romo clutched his face mask in disbelief, and his voice quivered as he spoke following the 21-20 loss.

Biggest what-if: Many inside the organization at the time believe the Cowboys would have gone on to the divisional round and beaten the Chicago Bears, quarterbacked by Rex Grossman, and set up a potential championship game against Parcells’ pupil, Sean Payton, and the New Orleans Saints. The Saints beat the Cowboys in Week 14, but maybe Parcells could have returned the favor in the playoffs. Instead, Parcells never coached another game in the NFL.

Bonus what-if: Would Parcells have walked away from such a talented, young team had the Cowboys beaten Seattle or not lost in such a painful way?