From building the wall to bringing back coal: Some of Trump’s more notable broken promises 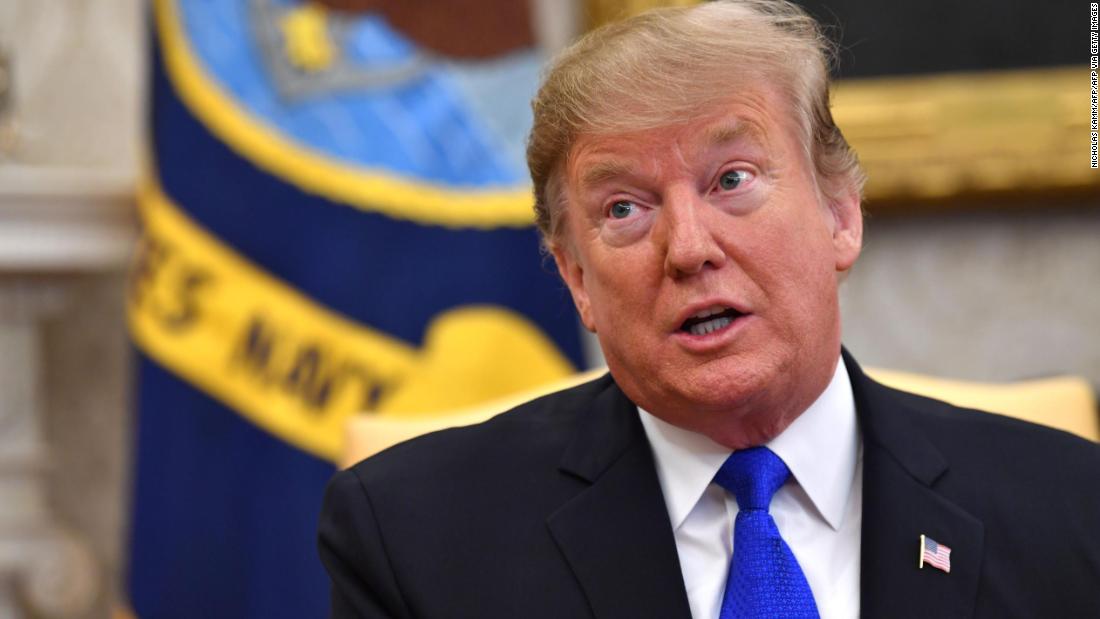 To be sure, Trump delivered on a number of initial campaign promises. He cut regulations, lowered taxes, withdrew from the Trans Pacific Partnership, pulled the US out of the Paris Climate Agreement and appointed hundreds of conservative justices. But in many cases, the reality behind the talking points and slogans fell short of what was actually promised.

Here’s a look back at how some of the most notable promises Trump made during his campaigns and throughout his time in office stack up against reality.

Throughout his presidency, Trump acted as if this was one accomplishment he had successfully crossed off the list, continuing to tout the hundreds of miles of wall his administration had built.

But the figures he threw out, as recently as in his recorded farewell video, were misleading and didn’t live up to what he initially promised. As of January 8, 2021, 453 miles of border barriers were built under the Trump administration, just 47 of which were erected where no barriers had existed before.

Furthermore, during the campaign, Trump insisted that Americans would not pay for the wall or any new barriers his administration constructed. According to Trump, Mexico would pay for the wall, but both the former and current Mexican president have refused to do so (the former President was more explicit while the current President, who has been less critical of Trump and has just avoided the topic). In the end, the US government spent billions in federal funds on the wall. Since January 2017, approximately $15 billion has been allocated to construct both new and replacement structures for the border wall through a combination of Department of Homeland Security and Department of Defense funding combined with the Treasury Forfeiture Fund, according to a January 2021 report from Customs and Border Protection.

As the coronavirus pandemic dominated the final year of Trump’s presidency, he made a series of promises regarding a vaccine.

Trump repeatedly stated the US would have a vaccine by the end of 2020. While experts were skeptical, the Trump administration’s accelerated vaccine development initiative, Operation Warp Speed, did result in a vaccine approved for distribution before the end of the year. The Food and Drug Administration gave emergency use authorization to Pfizer/BioNTech’s vaccine in mid-December and to Moderna’s vaccine about a week later.
But while Trump exceeded expectations in terms of the vaccine production timeline, his administration struggled to fulfill his promises regarding vaccine distribution. In October, Trump promised 100 million doses of the vaccine delivered before the end of the year. Though Trump administration officials later reduced the goal to 20 million Americans vaccinated against coronavirus by the end of December 2020, neither promise was ultimately fulfilled. Several states have blamed the federal government for the failure to meet the vaccination goals, complaining that the Trump administration initially provided fewer doses than previously promised. And with no federal mandate for how to administer the vaccines, eligibility for receiving the vaccine varied from state to state, likely causing an uneven distribution. As of December 31, 2020, fewer than 13 million vaccines had been distributed.

In countless rallies and other speeches, Trump claimed he and his administration would always protect people with pre-existing conditions.

This is one promise CNN was able to fact check even before the end of Trump’s presidency, as the Trump administration and Republicans repeatedly put forward bills and filed lawsuits that would weaken Obamacare’s protections for people with pre-existing conditions. Trump also never issued a plan to protect those with pre-existing conditions, despite repeatedly promising to do so.

During his first campaign, Trump promised to repeal and replace the Affordable Care Act, a health care law often referred to as Obamacare. After the passage of the 2017 Republican tax bill which addressed a provision of the law, Trump began to claim victory. But despite his insistence to the contrary, Obamacare did not end under Trump’s administration, essentially or otherwise.
In the 2017 tax bill, Republicans effectively eliminated the individual mandate, a key part of Obamacare, by reducing the penalty for not having insurance to $0. But other provisions of the law remained. The bill did not eliminate Obamacare’s expansion of the Medicaid insurance program for low-income people, the federal and state marketplaces that allow people to shop for coverage, or the consumer subsidies that help many of them make the purchases. While Trump continued to take other steps to weaken Obamacare, much of it still exists.

Trump initially pledged to eliminate the US debt in eight years. He later scaled down the promise to just reducing a portion of the then-$19 trillion dollar debt. Though he didn’t specify the extent of the new goal, under Trump the debt and deficit only got worse. According to the latest report from the Government Accountability Office, the federal debt was at $26.9 trillion as of September 30, 2020. The GAO attributed the increase between 2019 and 2020 to the federal government’s Covid-19 pandemic response, but the national debt was rising even before the pandemic. By the end of 2019, the federal debt was at $22.7 trillion, more than three trillion more than right before Trump took office.

One of Trump’s flagship campaign promises was to revive US manufacturing and in his final State of the Union address, he claimed to have succeeded in “restoring our Nation’s manufacturing.”
Manufacturing employment did increase during the first three years of Trump’s presidency, but ultimately, any gains were gone by the end of his presidency, leaving the status of US manufacturing no better than when he took office. Between January 2017 and the end of 2020, there was a net decrease in manufacturing employment. While some of the decrease could likely be attributed to the pandemic, America’s manufacturing sector was in a downturn even before that, as CNN reported in August 2019 that the sector shrunk for the first time since September 2009.

During his first presidential campaign, Trump set a goal of “4% economic growth” nationally, despite skepticism from economists. While Trump heavily leaned on his economic accomplishments throughout his time in office, annual GDP growth since 2017 never reached 4%, according to data from the Bureau of Economic Analysis. The quarterly GDP growth rate did hit 4% once, in the 4th quarter of 2020, though economists say that wasn’t enough to make up for the year’s historically awful second quarter. 2020 also marked the first year US GDP declined since 2009.
Average GDP growth did increase slightly under Trump, to 2.5% during his first three years. That’s well below the 4% Trump had promised but a bit better than the 2.4% average growth rate during the last three years of Obama’s time in office. But as of the 3rd quarter of his fourth year in office, the GDP growth under Trump was less than under the last five presidents before him at the same time in their presidencies, due in large part to the Covid-19 pandemic.

At different times throughout the 2016 campaign, Trump said he was going to “bring back” coal and “put the miners back to work.”

In 2016, the US produced more than 728 million tons of coal, according to the annual report from the Energy Information Administration. While the Trump administration made some policy moves to try to help the coal industry, production levels have not increased under the Trump administration. The most recent available report indicates the US produced 706 million tons of coal in 2019, its lowest level since 1978, when there was a major strike.
According to a 2019 report from the International Energy Agency, the decrease in US coal production is in part the result of a shift toward cleaner renewables and cheaper natural gas. “Cheap and abundant natural gas combined with the climate policies of many states will continue to squeeze coal out of the electricity market,” the report claims.
A November 2020 report from S&P Global Market Intelligence also shows a decrease in coal jobs since the start of the Trump administration. Furthermore, the 3rd quarter of 2020 marked a new low in average coal mine employment according to the S&P analysis.

At a 2016 campaign rally, Trump said, “My first day, it gets signed, okay? My first day. There’s no more gun-free zones.” He later doubled-down on the promise, telling the media he was going to do something to end gun free zones.
Not only did he not sign any legislation banning gun-free zones on his first day in office, but this was never accomplished. Though House Republicans proposed bills to repeal the Crime Control Act of 1990 which made it a crime to possess a gun within school grounds, these efforts were unsuccessful.

In 2016, Trump called for enacting a five-year ban “on all executive branch officials lobbying the government for five years after they leave government service.” Within his first week, Trump signed the “Ethics Commitments by Executive Branch Appointees” executive order. While on the surface that may have seemed like a promise kept, the order contained a loophole. The order only required appointees to pledge that they will not “engage in lobbying activities with respect” to the executive agency they were appointed to serve, language which could theoretically have permitted officials to lobby on other issues not directly related to their role less than five years after they stopped working for the federal government. Additionally, days before his presidency came to an end, Trump revoked the rule, ostensibly allowing his former administration officials to begin lobbying when they left government if they so choose.

In 2015, shortly after announcing his run for President, Trump said if elected he would “rarely leave the White House because there’s so much work to be done.” He also criticized Obama for “all of the time [he] spent on the golf course, often flying to Hawaii in a big, fully loaded 747, to play.”
And yet, Trump left the White House repeatedly while he was president, often to spend time at his Mar-a-Lago property in Florida or at his golf courses across the nation. In 2019 alone he spent 1 in 5 days at a golf club, per CNN’s count.

CLARIFICATION: An earlier version of this story oversimplified what Republicans did to the individual mandate in 2017. They effectively eliminated it by reducing the penalty for not having insurance to zero.