Here’s what really happens to the items you return online 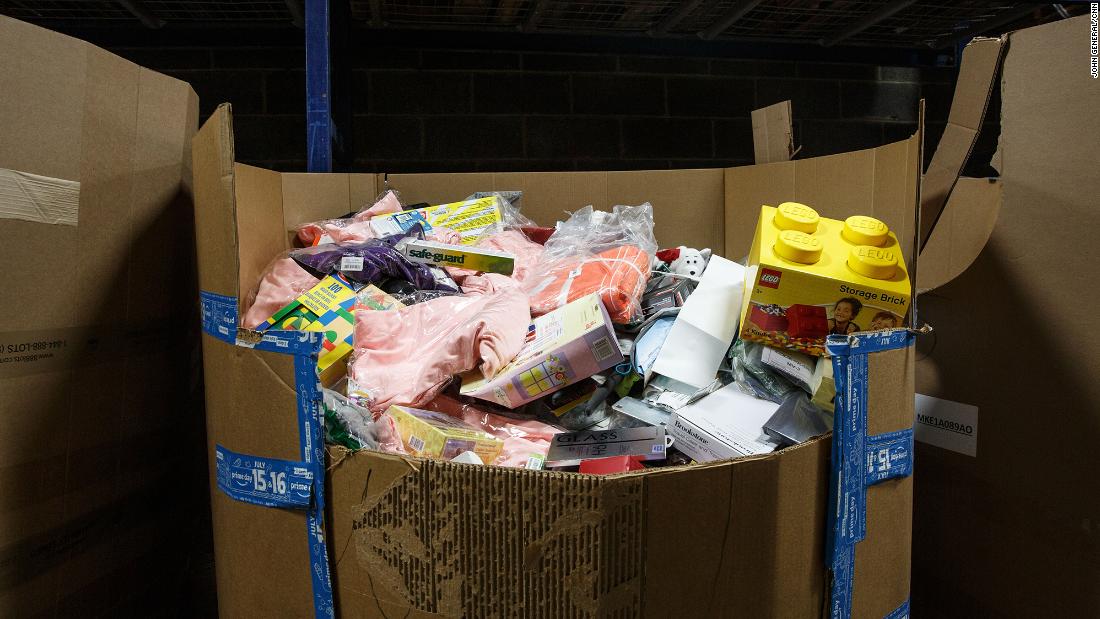 You open up the box.

Once your return arrives at its destination, an employee needs to open the air fryer, inspect it, maybe even plug it in to test all of its features to ensure it’s not broken. This costs the retailer time and money. Not to mention, the box was opened, so putting this back on the shelf with other brand-new air fryers is out of the question.

In short, receiving and handling a return isn’t simple in the slightest. And for a number of items, big retailers like Walmart, Target and Amazon don’t want to bother.

That’s where Albert Palacci comes in.

A tsunami of returns

Despite conventional thinking, returns often don’t end up back on the shelf, according to Palacci, CEO of 888 Lots, a liquidation company based in New Jersey. “Customers really believe that the product just goes into the black hole or ends up being resold to another customer as brand new. And in many instances, that’s not the case.”

As it turns out, returned products — even in brand new condition — can end up in liquidation warehouses, like Palacci’s.

And this year, he just might get a record number. As the pandemic shuttered doors and shoppers increasingly turned to online retailers, the promise of free returns has now led to what experts predict will be a “tsunami” of returned items for retailers to deal with.

Following 2020’s holiday shopping season, real estate firm CBRE estimates that more than $70 billion worth of online purchases will be returned — a 73% increase from the previous five-year average.

To be sure, Amazon, Target, and Walmart resell a portion of returned products themselves. Amazon, for instance, operates Amazon Warehouse — a marketplace for used and refurbished products. Similarly, Walmart lists refurbished electronics on its website and resells returned products in its stores’ clearance section.

But sometimes the math just doesn’t add up for that to make sense. That’s good for Palacci’s business.

The land of the misfit toys

Palacci strolls through his warehouse with an ease and comfort of a seasoned veteran excited by the organized chaos that echoes through rows-upon-rows of barcode-labeled boxes. Many of the boxes bare the familiar Amazon Prime swoosh, but this is no Amazon-owned warehouse.

If there is really a land of the misfit toys, this is it.

888 Lots buys up returned products from retailers at a discounted price. From there, there’s still lots of work to be done.

Boxes — roughly eight-feet tall with the volume of a small closet — are dumped into a large pile. Employees sift through, sorting products by category as they go — children’s toys, Halloween costumes, men’s socks, board games, personal care products, office and garden supplies, kitchen appliances, and electronics among others.

A large stack of Amazon Echo Dot devices and Fire Tablets fill a nearby palette ready to be bought and resold.

Palacci sells to over 10,000 resellers. They range from small operations energized by the entrepreneurial spirit to more familiar names like Macy’s Backstage and the Outlets at Bloomingdales.

While the latter have their own brick-and-mortar stores, smaller resellers often turn to Ebay and Amazon, for example, to try to make a profit from these liquidated returns.

Palacci says his company has seen an uptick in business thanks to the surge in returns consumers are making. It’s an often times symbiotic relationship that liquidators share with big-named online retailers.

Plus, there’s an added upside: when products end up with 888 Lots and other liquidators, they at least avoid going straight to the landfill.

“Easily, 25% of all these returns get destroyed,” said Jason Goldberg, chief commerce strategy officer at Publicis and founder of RetailGeek.com, a retail industry blog. “And destroyed in the best case means recycled, but often means ending up in a landfill or literally burned.”

As troublesome as the problem currently is, Goldberg sees a silver lining in 2020’s record-breaking year for e-commerce.

“There’s a happy outcome where less of this stuff ends up in a landfill just because there’s more money to be made by keeping it out of the landfill.”

As he gazes down a long aisle of easily hundreds, if not thousands, of returned items, Palacci muses, “Products ending up in landfills…customers don’t really even think of that as part of the purchase process.”