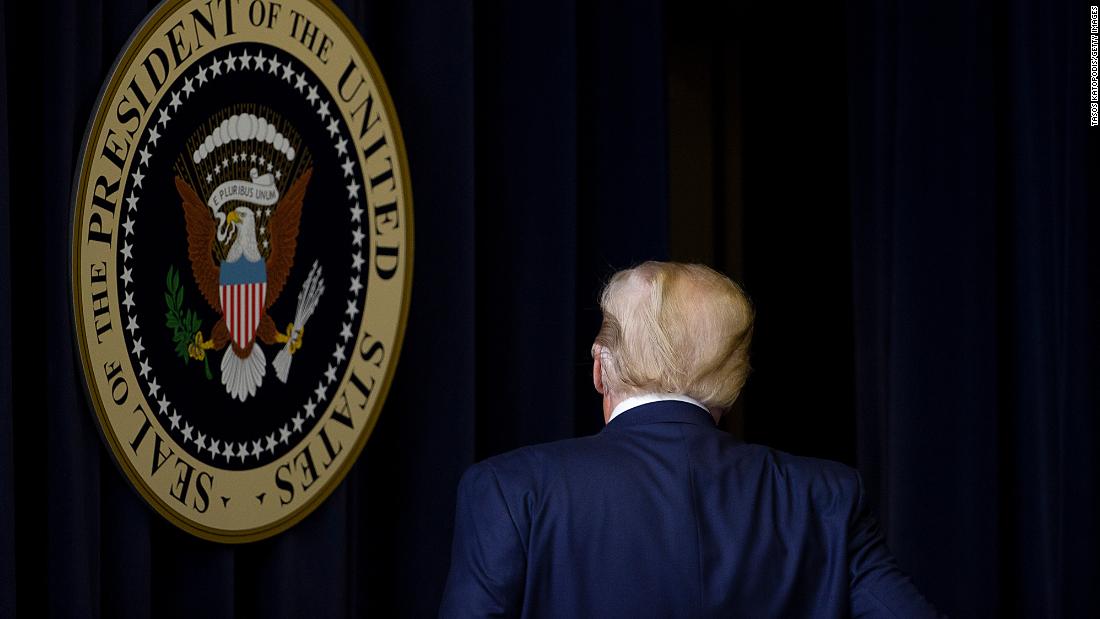 But make no mistake: This is still Trump’s Republican Party.

And more than that, you see it in the polling, which indicates that Trump’s in a historically strong primary position for an ex-president. Indeed, he’s polling tremendously well among Republicans in the context for any future presidential nominee.

Republican leaders go against Trump at their potential electoral peril. It’s not that other Republicans can’t beat Trump. We’ll have to wait and see on that. Rather, it’s that he could be a very big voice over the next four years.

After the US Capitol insurrection on January 6, Trump’s still cruising in a potential 2024 primary. A majority of Republicans (57%) said in an Ipsos KnowledgePanel poll that he should be the 2024 nominee.

Against named opponents, Trump easily leads the field. Among those who either voted for Trump in 2020 or are Republicans, Trump’s averaging about half the primary vote. No one else is even close.

Trump pulling in half the vote may seem low given that Trump won over 90% of the vote in the 2020 primaries.

His position, though, is extremely unusual for a president who just lost a general election. As I’ve noted previously, ex-presidents usually don’t lead future primary fields. Most party voters are happy to see their presidents glide into the sunset.

The three presidents who lost their chance at another term in the polling era (Gerald Ford in 1976, Jimmy Carter in 1980 and George H.W. Bush in 1992) were all lagging behind in early primary polling following their loss. Ford was in second place, Carter was in third place and Bush was in fourth place. None of them commanded anywhere near half the primary vote.

How well Trump is doing puts extreme pressure on Republicans within the party to adhere to any of the ex-president’s doctrine. These members of Congress and other elected (and unelected) officials know that Trump is by far the most powerful politician within the party among the base.

To challenge Trump is to invite a primary challenge among an electorate where many voters still love him.

But let’s expand our historical dataset. Let’s go back to the 1980 primary season and look at all primaries that didn’t involve a sitting president.

The average leader in the earliest polling was pulling in about one-third of the vote. Trump is well above that.

The only two candidates who were pulling in more than 50% (i.e. above Trump) at this point were Hillary Clinton for 2016 and Al Gore for 2000. Their leads ended up being large enough that few intraparty challengers emerged, and both had clear primary wins.

Indeed, while it is still extraordinarily early to even be thinking about the 2024 primary, it would be silly to dismiss the magnitude of Trump being in the position he is in.

In the 15 primaries without an incumbent since 1980, the candidate who led among those who actually ran won nine times (or in 60% of all examples). Given that most primary fields have loads of candidates running, a lead even at this early juncture is important even if it isn’t determinative.

The only candidate who was polling remotely close to where Trump is, ran and lost a primary was Clinton in 2008. She had about a third of the early primary vote.

The average leader at this point who ran and lost had about 20% to 25%, depending on which polling you look at. Trump’s doubling up on that right now.

It probably shouldn’t be surprising that Trump is polling so well right now. While losing a general election may severely hurt the primary prospects of most presidents or those who have previously won their party’s nomination, losing can’t hurt you too much if voters think you were robbed.

Trump and many of his supporters falsely claimed without a shred of evidence that fraud was the reason he lost. That challenge went through the courts and even to Congress. Of course, Biden’s win was legitimate.

A Monmouth University poll conducted after Trump left the White House found, however, that 72% of Republicans said Biden only won because of fraud. That high of a percentage is unprecedented.

It likely helps Trump to continue to claim the winner he always says he is. And right now, Republicans seem more than willing to continue to see him that way as well.

Here’s what really happens to the items you return online