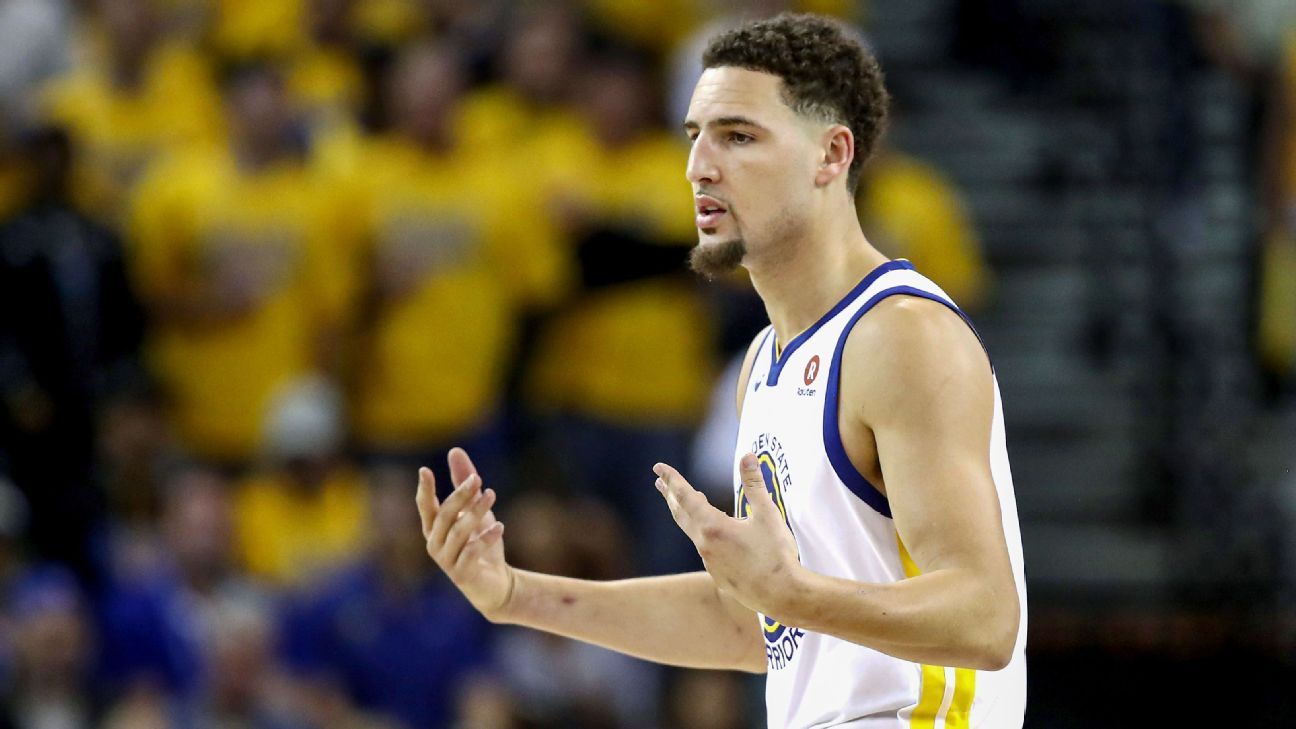 
SAN FRANCISCO — Golden State Warriors swingman Klay Thompson said it “kills” him to be missing his second straight season, this time because of an Achilles tear, but the former All-Star said his rehab is coming along well and that he still plans on playing for “a long time.”

Speaking for the first time since suffering a season-ending right Achilles tear during a workout on Nov. 18, Thompson was in good spirits as he discussed the long process he faces.

“I’m living good,” Thompson told NBC Bay Area during the Warriors’ game against the Detroit Pistons on Saturday night. “To be back in the building that I’m so eagerly awaiting to play in. Just a little bored at times. Stuff’s slow with trying to let my Achilles heal and get to the next stage, which is mobility work, but I’m feeling good. I’m happy to be with my teammates, obviously.

“Unfortunately, I’m not playing. It kills me every day, but I plan on playing for a long time, and I don’t want to have any mishaps come this rehab.”

Thompson missed all of the 2019-20 season after tearing the ACL in his left knee during Game 6 of the 2019 NBA Finals against the Toronto Raptors. The Warriors were hoping Thompson could help push the organization back into championship contention, but those dreams evaporated just a few hours before the 2020 draft when Thompson injured his Achilles during a workout in Los Angeles.

As saddened as the Warriors were about Thompson’s latest injury, they are happy he has been around the team more since having surgery to fix his Achilles in late November. Thompson has been at several Warriors home games at Chase Center, cheering on his teammates from the bench.

Thompson acknowledged during Saturday’s game he was hoping not to do the interview but that the banner hanging behind him helped change his mind.

“I didn’t want to do it, but then I saw this backdrop and someone went through great lengths to make that happen,” Thompson explained as the banner with the hashtag #reporterKlay was on display behind him. “So I felt bad not fulfilling my end of the deal.”

As he did last season during a brief appearance as a sideline reporter, Thompson had a little fun with Golden State broadcasters Bob Fitzgerald and Kelenna Azubuike during the telecast. One of the conversations that came up centered around Thompson’s 3-point record, which came when he hit 14 3-pointers in an October 2018 game against the Chicago Bulls.

“That’s probably going to be broken here in the next few years,” Thompson said. “Steph Curry — it’s up to Steph. Zach LaVine was close. But I might break it again, I don’t know. I don’t think that’s going to last that long.”

Warriors coach Steve Kerr admitted before Saturday’s contest that he didn’t know Thompson was going to drop in on the telecast, but Kerr said he would make note of the appearance when he watched later.

“He’s always very entertaining with his dry wit,” Kerr said of Thompson. “So when I watch the tape of the game, I will definitely have the volume up.”

Thompson ended up coming back to his perch a few rows away from the Warriors bench to interview longtime teammate Curry, but not before offering his commentary on a postgame dust-up involving Pistons swingman Rodney McGruder and a few Warriors players.

As the tilt concluded, McGruder walked from one end of the floor to the other — near the entrance to the Warriors tunnel — to confront a few of the Golden State players as they walked off the court. McGruder was yelling in the direction of the tunnel and had to be pushed back a couple of times by Pistons staffers so he would head back in the direction of the Detroit locker room.

Thompson, who was already wearing his headset in order to speak to Curry, was asked by Fitzgerald and Azubuike what was going on down on the floor. Thompson could be heard asking Warriors swingman Juan Toscano-Anderson about the situation. Then Thompson offered his take on McGruder as Fitzgerald tried to steer Thompson away from additional commentary.

The Pistons did not discuss the incident postgame. Kerr, when asked about it, said he wasn’t sure what had happened.

Thompson’s frustration with his latest setback was apparent as he watched the quarrel from a distance.

“That’s the stuff that kills me,” Thompson said. “I can’t do anything. I’m in a boot right now.”

Most US adults support banning sales of all tobacco…