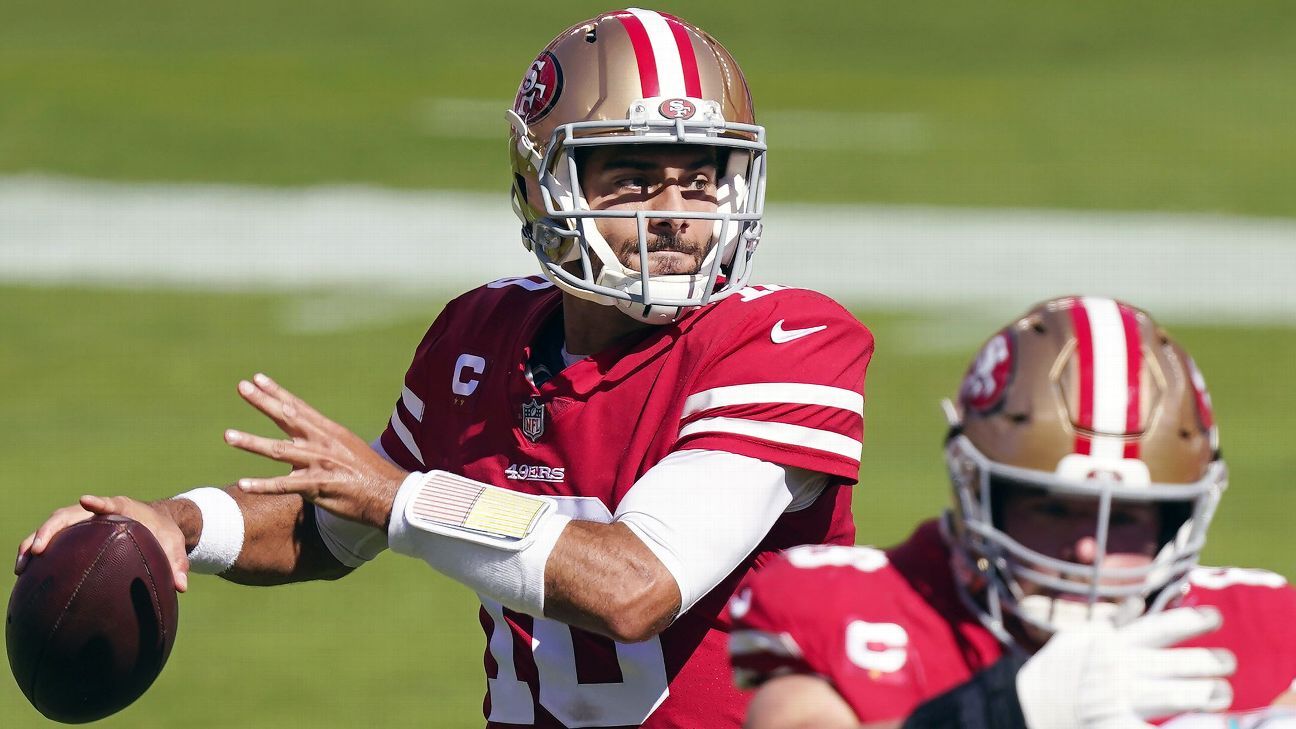 
FOXBOROUGH, Mass. — Quick-hit thoughts and notes around the New England Patriots and NFL:

1. Offseason of the QB: In what could be an unprecedented offseason of quarterback movement, it could be exactly what the Patriots need. The answer to every question should be yes.

Are they interested in Houston’s Deshaun Watson if his request for a trade is granted? Y-E-S.

Detroit’s Matthew Stafford? He’s now off the board.

The Patriots need to be in on all of the quarterbacks, if for nothing else than to understand the trade market, and also to anticipate the next quarterback domino that might fall across the NFL. For example, if Watson gets his wish to be traded from Houston and lands with the Niners, the Patriots could then potentially go after Garoppolo.

It’s hard to believe Houston would want to trade Watson to the Patriots, or anywhere in the AFC for that matter. But if things don’t go the way general manager Nick Caserio envisions in terms of Watson’s willingness to play for the Texans, Watson is the rare type of player coach Bill Belichick can justify making an exception for; the price would start with multiple first-round picks (and then some), and it would be worth it.

“There’s a lot of teams that need quarterbacks. We’re going to be in that race,” veteran safety Devin McCourty said on his “Double Coverage” podcast. “Does Cam [Newton] come back? Do we get a new quarterback? No one knows that.”

The Patriots are in good financial position with more than $50 million in projected salary-cap space for 2021. They don’t face the financial crunch many teams will have to navigate if the cap shrinks as expected this offseason, which figures to have a significant effect on the trade market, potentially limiting the number of suitors.

Garoppolo is probably the Patriots’ best option in terms of fit and what it would take to acquire him (less than a first-rounder). But there’s no guarantee San Francisco is willing to move him, unless something potentially better comes along.

2. Rare spot at 15: Carolina Panthers general manager Scott Fitterer recently made a point that has direct relevance to the Patriots. “When you look at the draft, and you build a board, there’s a certain level of player that stops at 16, 17 or 18,” he said.

Fitterer spent 20 years with the Seattle Seahawks, who similar to the Patriots have been picking near the bottom of the first round and thus have been more inclined to trade back to collect assets.

This is one of their best opportunities to get a true blue-chip player, regardless of position.

3. QB or not QB: ESPN draft analysts Mel Kiper Jr. and Todd McShay have released their initial mock drafts, and both have slotted quarterbacks to the Patriots at No. 15, with Kiper projecting Alabama’s Mac Jones as a fit. It’s one of the Patriots’ biggest needs, but to Fitterer’s point, the Patriots would have to be convinced they aren’t reaching to fill it as they would risk losing a blue-chip player at a different spot. That’s why, at this point, I lean against the quarterback at No. 15.

Mel Kiper Jr. says the Bill Belichick and Nick Saban connection will be the reason the Patriots draft Mac Jones.

4. McCourty boosts Cam: On his podcast, Devin McCourty went through an extensive list of big-name quarterbacks who could be playing elsewhere in 2021, and served up a reminder not to forget about Newton. He endorsed Newton’s return to New England. “I wouldn’t mind a lot of these guys quarterbacking my team and I’ll start off saying I wouldn’t mind seeing my guy Cam Newton back. I thought he had a tough [situation] coming in [with] no offseason, no anything.” McCourty ended the podcast by picking Tom Brady’s Tampa Bay Buccaneers to beat the Kansas City Chiefs in Super Bowl LV.

5. Hochstein flattered: Retired offensive line coach Dante Scarnecchia often stayed away from rankings over his 33 years with the Patriots, but he made one exception last week. Speaking with Matt Smith and Bryan Morry on the “Pats from the Past” podcast, he cited guard Russ Hochstein’s performance in the Super Bowl XXXVIII win against the Panthers as a personal highlight.

Hochstein had been thrust into the starting lineup in the AFC Championship Game because of an injury to Damien Woody, and his former teammate in Tampa Bay — the outspoken Warren Sapp — publicly degraded him in interviews leading to the Super Bowl.

“We all saw what Sapp said and did. We never talked about it,” Scarnecchia said on the podcast. “That, to me, is one of the great moments in my coaching career: Russ, that night, and the way he played.”

When Hochstein, 43, was told of the comment, he smiled and said he was flattered.

“I have great love and respect for Dante, as a true unsung hero for putting together offensive lines that weren’t always the flashiest, weren’t always the most skilled, but we always played as a group and overcame a lot of things,” Hochstein told ESPN.com. “He taught me so much about football, and was like a second father to most of us.”

6. Adopted New Englander: Hochstein, who appeared in 92 games with 20 starts for the Patriots (2002-08), has settled in North Attleboro, Massachusetts. He met his wife, Christine, who grew up in Rhode Island and is a teacher in Massachusetts, during his time with the Patriots and they have three kids. So that explains how the affable Nebraska native, who works in business development and sales for Brewster Ambulance Service, now calls New England home.

7. Kraft’s gesture: When local high school hockey player AJ Quetta suffered a spinal cord injury in a game Tuesday, the New England sports community rallied to help with his medical care, with Patriots owner Robert Kraft calling in to the “Greg Hill Show” on sports radio WEEI and pledging to match $25,000. Patriots safety Patrick Chung, who opted out of the 2020 NFL season but returned to the stadium last week for a workout, was among others contributing. Here’s hoping the support continues, and Quetta makes great strides in his recovery.

8. Draft nugget: Western Michigan receiver/kickoff returner D’Wayne Eskridge, who opened eyes at Senior Bowl practices and projects as a possible top-50 pick who could help address the Patriots’ need for speed and dynamic playmaking ability, added cornerback to his duties as a three-way player in 2019. He measured 5-foot-9 and 188 pounds at the Senior Bowl.

9. Daly’s Super experience: Former Patriots defensive line coach Brendan Daly (2004-2018) — now in his second season as Chiefs’ run-game coordinator/defensive line coach — is back in the Super Bowl for the fifth straight year and sixth time in seven years. It was a tough call for him to leave the Patriots after the ’18 season. That was the offseason Brian Flores departed to become the Miami Dolphins’ coach, and had Daly been tapped as defensive coordinator by Belichick, perhaps the pull to stay would have won out. Daly’s wife, Keely, has roots in Kansas City, which was a factor in the decision.

10. Did You Know: The Patriots have selected at No. 15 once in their history — quarterback Tony Eason (1983). Since then, only one quarterback has been picked 15th — Dwayne Haskins Jr. (Washington Football Team, 2019).