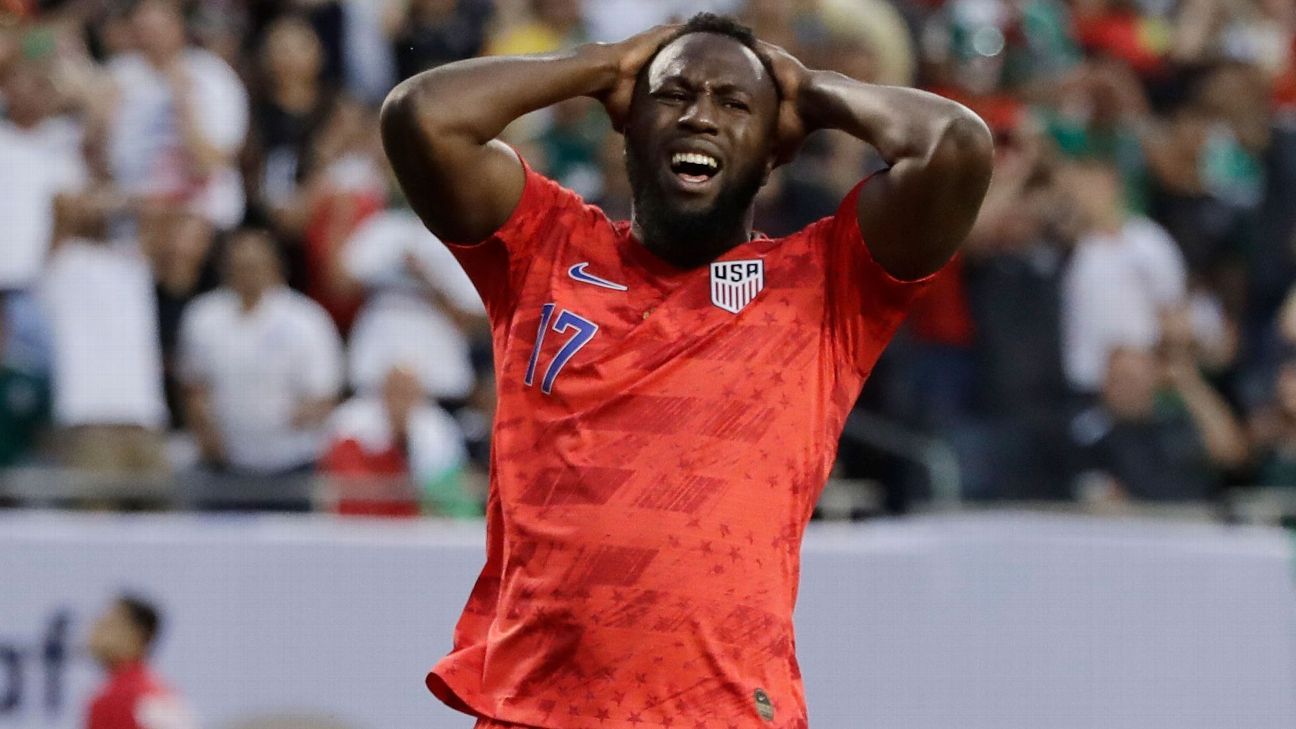 
United States forward Jozy Altidore won’t play in Sunday’s friendly against Trinidad & Tobago due in part to injury, as well as a possible transfer involving the Toronto FC star, according to U.S. manager Gregg Berhalter.

Berhalter, addressing reporters via a Zoom call ahead of the match, said that Altidore was training hard and well, but sustained an injury two weeks ago, one that was a “very, very minor strain” that didn’t show up in scans.

“From there on in he just worked his way back and he was also in full training today,” said Berhalter about Altidore. “But with the transfer window looming, and the game being tomorrow, it’s a chance we didn’t want to take with Jozy, so he will not be participating.”

The U.S. manager added that “a number of clubs” have expressed interest in Altidore. Sources confirmed the possibility he could be on the move, and emphasized the fact that the player’s relationship with TFC — and GM Ali Curtis in particular — had reached a breaking point, and that he no longer wants to play in Toronto.

Sources told ESPN that a considerable sticking point is the years and money remaining on Altidore’s contract. Altidore signed a three-year extension in 2019 that runs through 2022. A source said the deal has a no-trade clause. According to the MLS Players’ Association, Altidore’s 2019 salary, the most recent year for which data is available, paid him $6.33 million in guaranteed compensation. One source told ESPN that an unspecified club in Liga MX had expressed interest.

Altidore has previously clashed with Toronto management. Last year, he criticized the club’s handling of an ankle injury to midfielder Michael Bradley, one that eventually required surgery and sidelined him for several months. ESPN television analyst Herculez Gomez later reported that Toronto was “considering a move” for Altidore.

Gab Marcotti explains why Weston McKennie has quickly become such a valuable player for Andrea Pirlo and Juve.

Toronto FC didn’t respond to a request for comment about a possible transfer involving Altidore.

Altidore has spent the last six seasons with Toronto, a period where he scored 67 goals and added 24 assists in 136 league and playoff appearances. In that time he led the Reds to a domestic treble in 2017, but has struggled with injury in two of the last three seasons.

During his career he has spent time with the New York Red Bulls, Villarreal, Xerez, Hull City, Bursaspor, AZ Alkmaar and Sunderland. At international level, Altidore has made 115 appearances for the U.S., scoring 42 goals.

In the meantime, Berhalter is continuing to prepare the U.S. for Sunday’s match. In terms of his lineup, the U.S. manager said that Atlanta United’s Miles Robinson will partner with New York Red Bulls defender Aaron Long in the center of the U.S. defense. The New England Revolution’s Matt Turner will start in goal, which would give him his first cap.

Berhalter is also putting together contingency plans in case MLS locks out players in a dispute over a new Collective Bargaining Agreement. In the short term, there is the March international window and Olympic qualifying in late March to consider.

“The first scenario would be getting them to camp early in preparation for the European fixtures in March,” said Berhalter. “The second scenario would be taking an all European team. In March, the plan is to go to Europe. We’ve done that already due to COVID, and we can certainly adapt to that. My intention would be to bring our strongest team and that certainly includes players from Major League Soccer. But we’ll just have to see.”