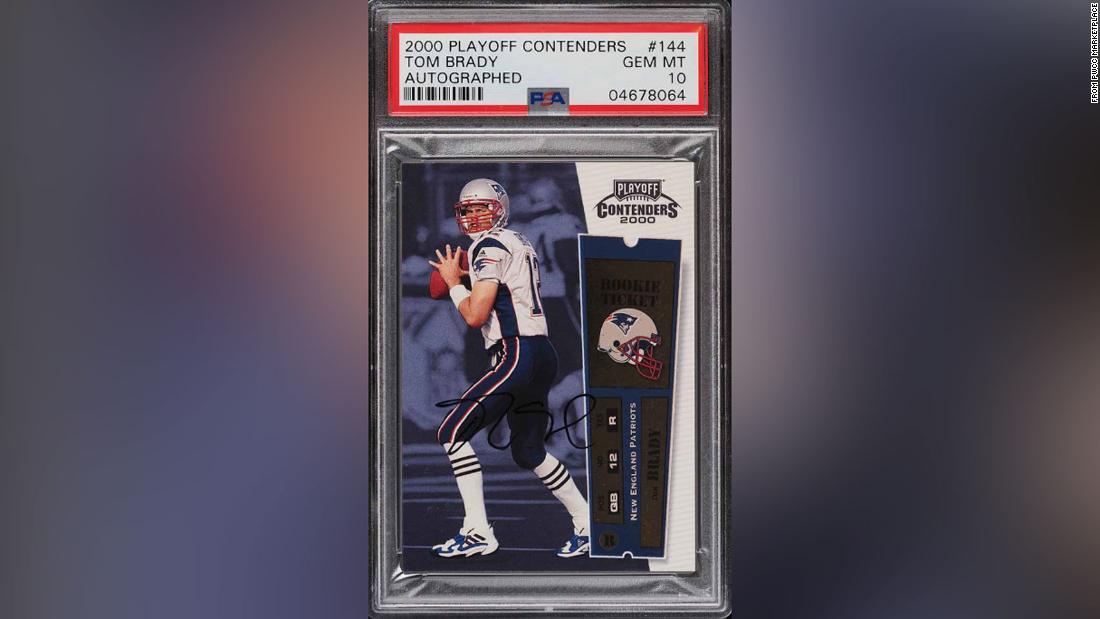 
The rare 2000 Playoff Contenders card shows Brady with the NFL’s New England Patriots and is rated as a PSA Gem Mint 10, which means it’s in virtually perfect condition.

The card, listed by PWCC Market, was purchased by a private bidder on eBay for $555,988. (Plus $8 shipping.)
The sale happened January 25, a day after Brady, now with the Tampa Bay Buccaneers, beat the Green Bay Packers and clinched a spot in the Super Bowl for a record 10th time.

Once an unheralded 199th pick of the 2000 NFL Draft, Brady has won six Super Bowl titles and three Most Valuable Player awards to stake a claim as the greatest player of all time.

Rare sports cards, like works of fine art, have sharply risen in value in recent years. A rookie LeBron James card sold last year for $1.845 million, and a Honus Wagner baseball card from a century ago recently sold for $3.25 million.

Toys ‘R’ Us has closed all its stores — again

Video: Used car prices are dropping and tips on the tipping debate on CNN Nightcap