Even in a win, Patrick Reed can’t escape his own history 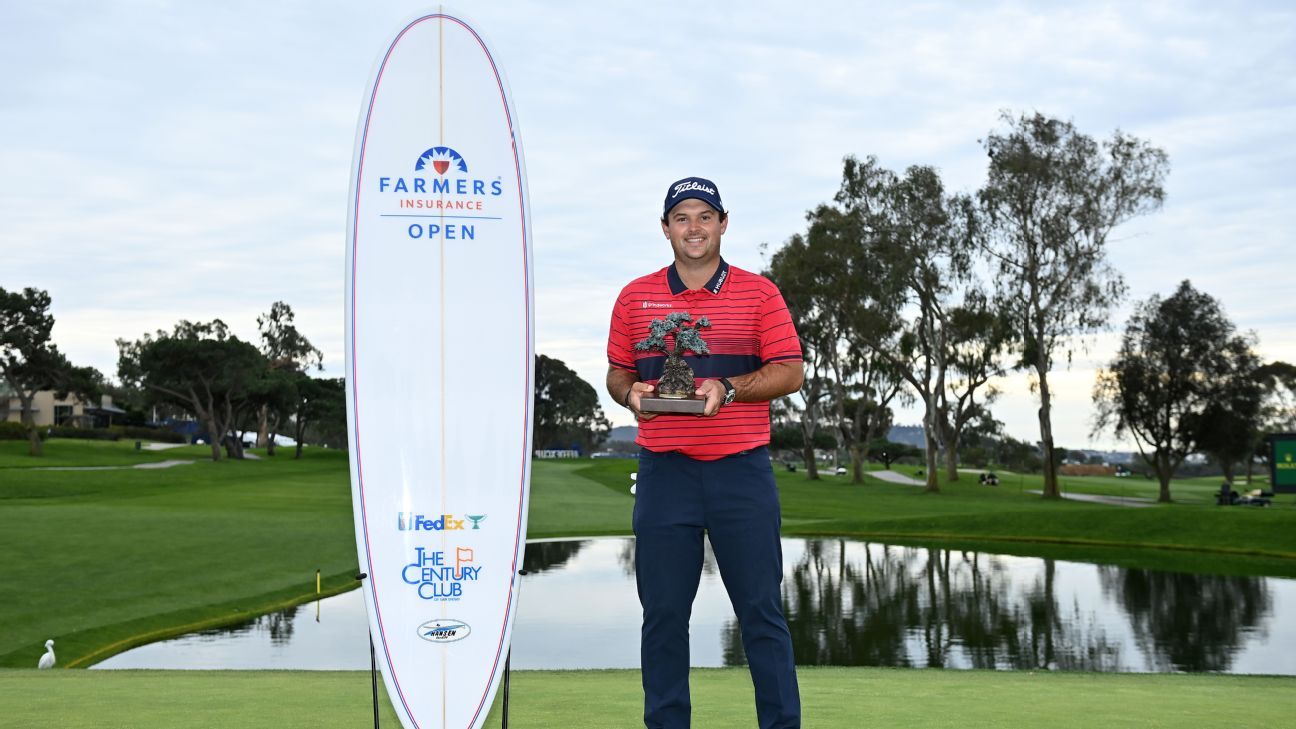 
Patrick Reed did not cheat at the Farmers Insurance Open. To say otherwise is to be able to climb inside his head and understand why he does the things he does, things that give his critics more fuel.

The events that transpired over the weekend at Torrey Pines do suggest, however, that where Reed is concerned, past transgressions, dustups and rulings do not afford him the benefit of the doubt — nor do they stand in the way of victory.

Run afoul of the rules and you are forever tagged in the golf world. It never leaves you. There will be doubters and accusers and all manner of observers who simply think the worst, whenever any kind of rules situation arises. Reed will suffer that wrath — even as he somehow puts it all aside and wins.

And what occurred during the third round at Torrey Pines led to understandable angst, but not enough to keep him from winning his ninth PGA Tour title on Sunday at the Farmers Insurance Open.

Reed picked up his golf ball Saturday before consulting a rules official to the left of the 10th fairway. He then spent several minutes with his fingers in the deep rough around where his ball was marked, making many wonder what he was doing. When rules official Brad Fabel arrived, Reed told him that a nearby volunteer said to him that she did not see his ball bounce, meaning to him it flew into the spot where he marked it. He felt he deserved relief from an embedded lie.

The full exchange as Patrick Reed takes embedded ball relief on No. 10. pic.twitter.com/gSPH6PrAoW

Fabel didn’t do much investigating. He checked out the lie by looking for some sort of lip by feeling the ground. He took the info that the ball had not bounced into consideration. He then allowed Reed a free drop.

And all hell broke loose.

Here’s the thing: Despite the bad look, Reed followed protocol. He asked those around the spot if the ball bounced. He was told it didn’t. He alerted his playing partners that he was going to mark his ball and check his lie, which he then did. He called for a rules official to affirm his belief that his ball had embedded. He followed Rule 16.3, as the PGA Tour later affirmed.

If there was a problem, it was the way Reed handled the ball. Instead of holding it in his fingers, in case there was any mud or debris on it, he held it in his palm and tossed it into the grass. If the ball is deemed to not be plugged, he is required to replace it in the same position and can’t clean the ball.

It all became moot when Fabel offered relief. And Reed got some level of exoneration when it was learned that Rory McIlroy also declared an embedded ball — and didn’t ask for a rules official — during the same round on the 18th hole.

Rory McIlroy takes embedded ball relief on No. 18 during Round 3. pic.twitter.com/9D4HH4Gv5g

McIlroy also saw his ball speed into the rough. He had no evidence that it bounced. He told one of his competitors in the group, Rory Sabbatini, that he believed his ball was plugged. Sabbatini said fine, and no rules official was called. McIlroy marked and determined the ball had embedded. He took a free drop.

Of course, McIlroy has no rules-issues baggage. It was just last year at the PGA Championship where, after someone inadvertently stepped on his ball, McIlroy was allowed to replace it. But after doing so, he believe the lie was “too good.” He didn’t think the ball was that visible from its original location. So McIlroy set the ball lower in the rough.

In the aftermath of Saturday’s incidents, McIlroy was also taking some social media grief. But given the wet, soggy conditions at Torrey Pines, there’s a good bet a similar situation occurred several times throughout the tournament. The rules allow for players to take a drop if the ball is embedded; and they take advantage.

“It’s not uncommon for someone to put a tee down on the ground and check if their ball’s embedded, especially in soft conditions,” McIlroy said Sunday. “I was sort of giving, without seeing that video, giving Patrick the benefit of the doubt because it seemed to me like it was a bit of a storm in a teacup.

Blame the rules officials if you want, but they signed off. In Reed’s case, especially, he was allowed to proceed after asking for a ruling and was told he could take a drop. Had Fabel believed the ball was not embedded, he’d have instructed Reed to place it in the same spot. He didn’t.

That doesn’t make life any easier for Reed. He has to live with the reputation he has forged. There was yet another reminder Sunday when Sweden’s Henrik Norlander popped up on the leaderboard.

Norlander long ago made it clear he was not friendly with Reed, despite success as teammates at Augusta State, where they were on the same team that won consecutive NCAA titles in 2010 and 2011. Prior to that, Reed had teammate issues at Georgia, where he was accused of cheating in team qualifying tournaments.

Being a college kid is a lot different from being a professional. People are known to mature and grow. Reed made it to the professional ranks, and while some of those stories still simmer, he has done his best to block them out and succeed.

But the rules issues are there. The “sandygate” in the Bahamas in 2019 cost him a 2-shot penalty after rules officials determined he had improved his lie. That dogged him at the Presidents Cup, where he was heckled repeatedly.

And yet, Reed thrives amid the tumult.

His last victory prior to Sunday came nearly a year ago at the WGC-Mexico Championship. It was there where Reed again felt the rules wrath. Earlier that week, Brooks Koepka had taken a shot at Reed in a SiriusXM interview.

“I don’t know what he was doing, building sand castles in the sand, but you know where your club is,” Koepka said. “It’s one of those things where you know, if you look at the video, he grazes the sand twice and then he still chops down on it. … If you play the game, you understand the rules.”

Then it was former CBS commentator Peter Kostis who noted on a “No Laying Up” podcast that he had witnessed Reed on several occasions improve his line of play in the rough while working for the network.

Reed acknowledged that all the chatter became disruptive.

“I think the biggest thing for me is I just work so hard at [ignoring it],” he said in Mexico City.

He clearly did so Sunday, even though he was undoubtedly burning up overnight. He had taken to Twitter to fight back against some of the haters, calling out McIlroy for doing the same thing with no blowback.

https://t.co/qza5Aa1yrS. RORY MCILROY @McIlroyRory DID THE SAME THING TODAY ON HOLE 18! AND DIDN’T EVEN CALL A RULES OFFICIAL OVER TO DEEM THE BALL EMBEDDED. END OF STORY.

And while there were no spectators on site at Torrey Pines, the glare of his peers can be something quite unnerving — if he let it.

Reed didn’t. He made just a single bogey in the final round. He had eight one-putt greens. He turned a close tournament into a rather easy victory as he led by 3 strokes over the closing holes and eventually prevailed by 5.

None of that put the controversy to rest. Reed might not have cheated, but there are those, both in and out of the game, who will always look on him with disdain.

“If my ball’s embedded, I usually will wait and call someone and kind of wait until everyone’s on the same page, wait to look at video,” said Xander Schauffele, who finished in a tie for second, 5 shots behind Reed. “So I try to avoid situations like that just for that reason.

“You can put a tee in the ground and check your ball. I mean, he did everything by the book according to the official and everyone stood by there. Obviously the talk amongst the boys isn’t great. But he’s protected by the tour, and that’s all that matters, I guess.”