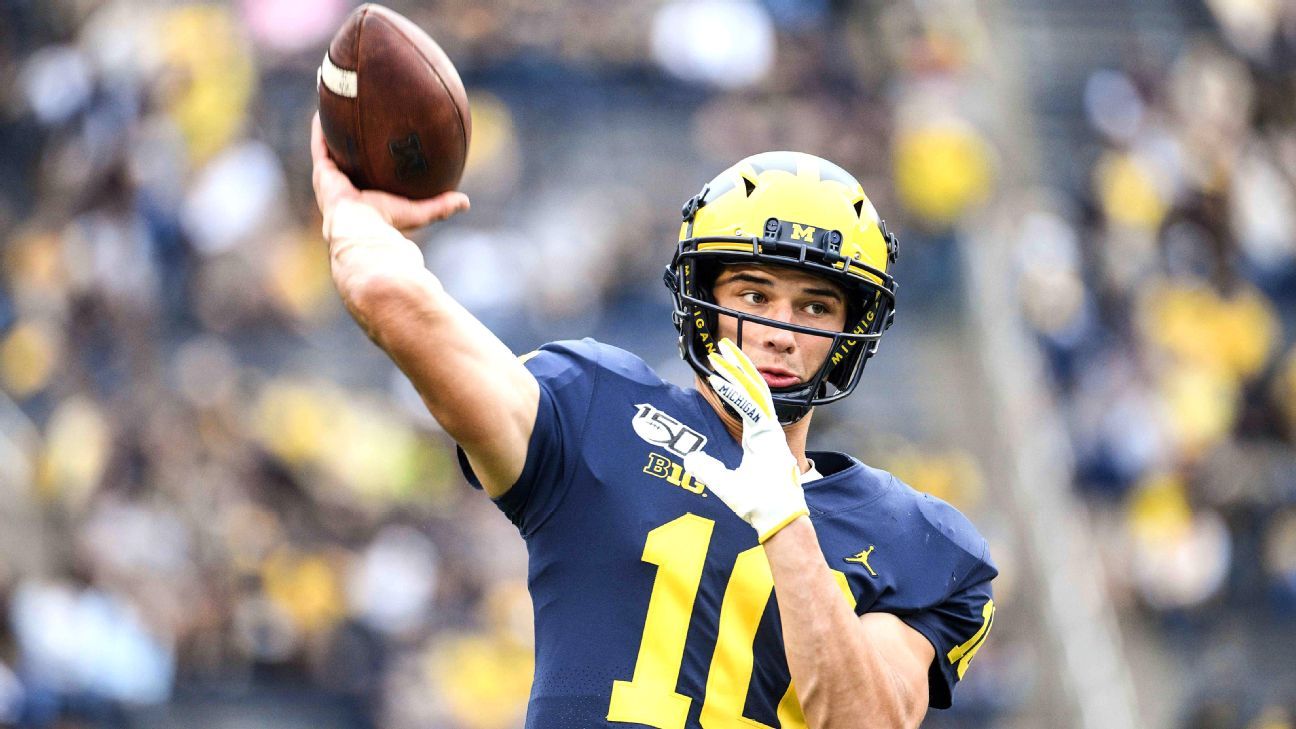 
Former Michigan quarterback Dylan McCaffrey is transferring to Northern Colorado, where he will have the chance to play for his father, Ed McCaffrey.

Dylan McCaffrey had been an ESPN 300 recruit in the 2017 class but was never able to win the starting job at Michigan. He attempted only 15 passes in 2018 and suffered a broken collarbone that shortened his season. He was a backup to Shea Patterson in 2019.

McCaffrey couldn’t get his career started at Michigan and opted out of the 2020 season before it commenced.

The elder McCaffrey became the head coach for the Bears in December 2019, but he has yet to coach a game for Northern Colorado because the Big Sky moved its season to the spring due to COVID-19.

Northern Colorado recently announced it will not participate in the Big Sky’s spring season and championship season but will instead pursue a modified, nonconference schedule in late spring.

Ed McCaffrey will add his son to the roster with two years of eligibility remaining; and because Dylan McCaffrey is a graduate transfer, he is eligible to play immediately.

Michigan still has quarterbacks Cade McNamara and Joe Milton on the roster, and the staff also added ESPN 300 quarterback J.J. McCarthy in this 2021 class. McCarthy enrolled early at Michigan and was the No. 25-ranked recruit overall, as well as the No. 2 dual-threat quarterback in the class.

Groundbreaking biofuel rocket could be ‘Uber for space’