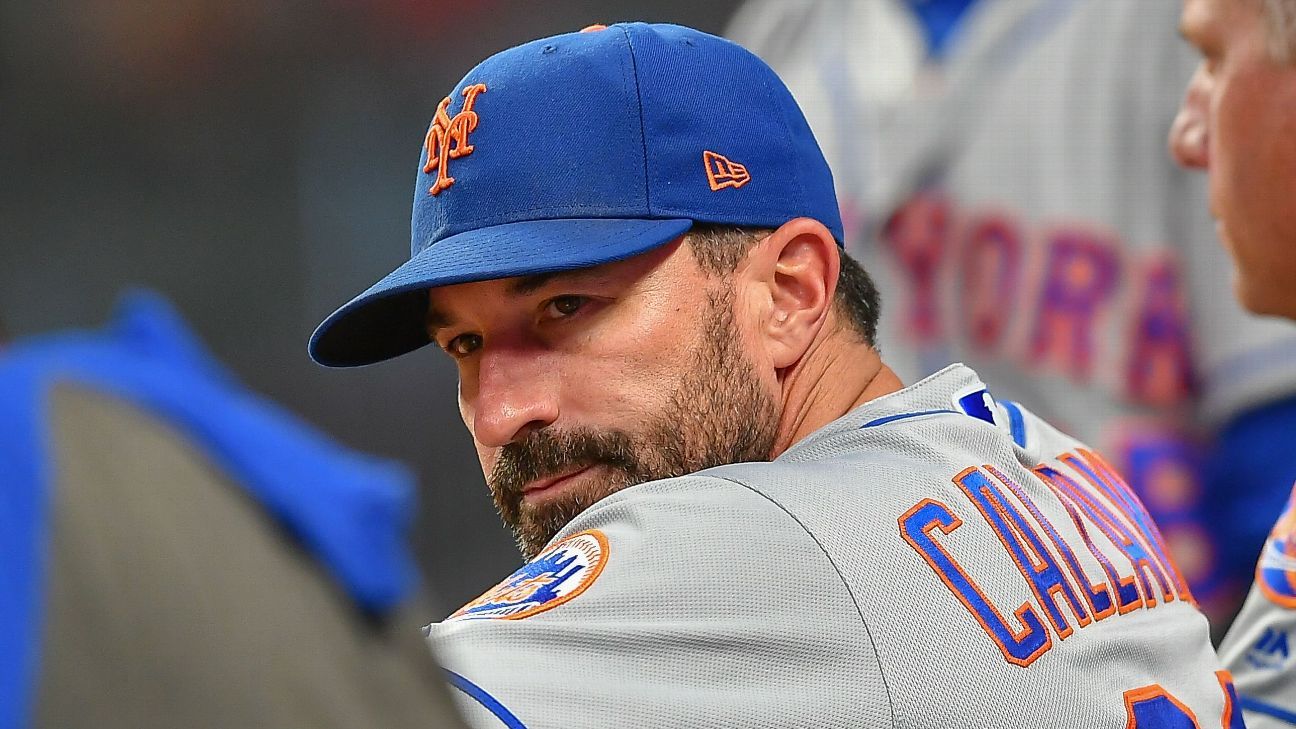 
Mickey Callaway, the former New York Mets manager and current Los Angeles Angels pitching coach, has been accused by five women of inappropriate behavior that included sending shirtless photographs, a request for nude pictures and other advances, according to a report by The Athletic that was published Monday night.

The women, who spoke to The Athletic under the condition of anonymity, all worked in sports media at the time of their interactions with Callaway, which spanned five years and included his run as pitching coach for the Cleveland Indians. They detailed interactions in which they said Callaway sent lewd messages, inappropriately commented on their appearances and, in one instance, thrust his crotch near a woman’s face while she attempted to conduct an interview.

In an emailed response to The Athletic, Callaway wrote: “Rather than rush to respond to these general allegations of which I have just been made aware, I look forward to an opportunity to provide more specific responses. Any relationship in which I engaged has been consensual, and my conduct was in no way intended to be disrespectful to any women involved. I am married and my wife has been made aware of these general allegations.”

The allegations were publicized two weeks after ESPN reported on a string of explicit, unsolicited text messages sent by now-former Mets general manager Jared Porter to a female reporter in 2016, one of which included an image of an erect penis. Porter, who was working for the Chicago Cubs at the time of the messages, was fired by the Mets after the ESPN report last month.

Major League Baseball will begin an investigation into Callaway and said in a statement that it has “never been notified of any allegations of sexually inappropriate behavior” by him. In a statement, Angels spokeswoman Marie Garvey wrote: “The behavior being reported violates the Angels Organization’s values and policies. We take this very seriously and will conduct a full investigation with MLB.”

A Mets spokesperson told The Athletic that after hiring Callaway, the team had investigated an incident that occurred before he joined New York, but did not provide further details.

In a statement after the publication of The Athletic’s report, Steve Cohen, who is only three months into his stint as Mets owner, wrote: “The conduct reported in The Athletic story today is completely unacceptable and would never be tolerated under my ownership.”

Mets president Sandy Alderson, who hired Callaway in a prior stint as Mets GM, wrote: “I was appalled by the actions reported today of former manager Mickey Callaway. I was unaware of the conduct described in the story at the time of Mickey’s hire or at any time during my tenure as General Manager. We have already begun a review of our hiring process to ensure our vetting of new employees is more thorough and comprehensive.”

The Indians said in a statement that they were made aware of the allegations for the first time Monday night. “We are currently reviewing the matter internally and in consultation with Major League Baseball to determine appropriate next steps,” the team said. “Our organization unequivocally does not condone this type of behavior. We seek to create an inclusive work environment where everyone, regardless of gender, can feel safe and comfortable to do their jobs.”

One woman, who is based in New York, told The Athletic she received shirtless selfies from Callaway “two or three times a week for a month” in 2018 and that he would ask for naked pictures in return. Other times, she said, Callaway approached her in the dugout and massaged her shoulders. One of the texts from Callaway, according to The Athletic, read: “I bet you look yummy on tequila.”

Another New York-based reporter said Callaway sent her more than a dozen emails beginning in April 2018, some of which came from his official Mets account, in which he commented on her physical appearance and invited her to meet socially. The reporter who said Callaway thrust his crotch near her face told The Athletic she received a video of him shirtless on a tractor, in addition to other photos.

Callaway’s pattern of behavior was so concerning that women in multiple MLB markets received warnings to be on guard around him, according to the report.