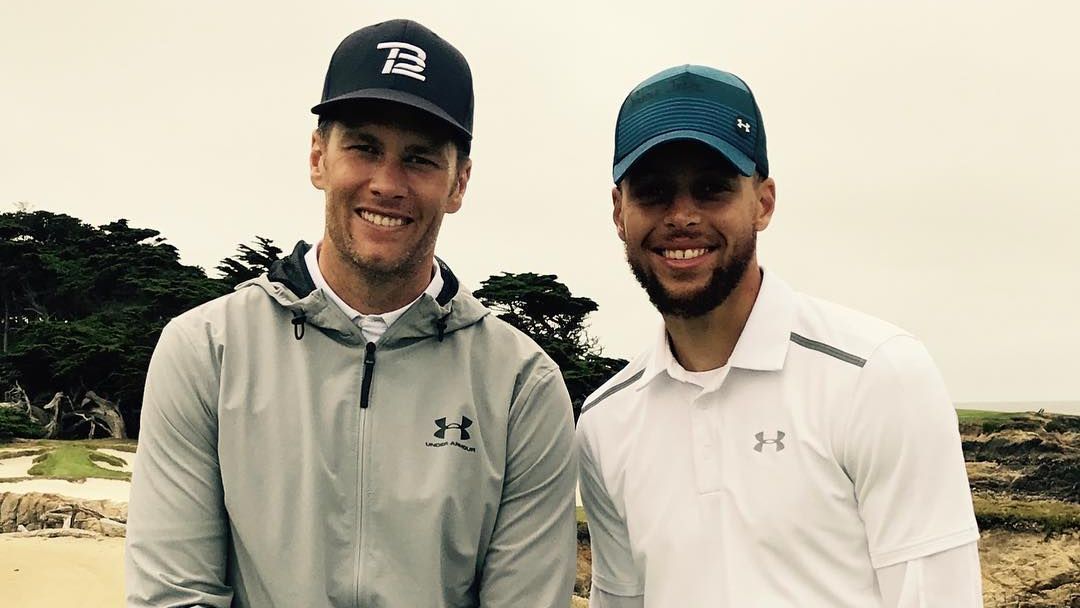 “It’s a different sport, different position, but it’s definitely — the little things that you can do, that I’ve been doing, that I’m doing now, that I can do going forward to make sure your body is able to recover, able to stay in prime condition, so that you give yourself the best chance to be ready for season after season after season,” Curry said Monday. And then you make the necessary adjustments of what your game needs to morph into or things like that. … The approach and the discipline that he demonstrated on what it means to be a professional athlete at that level with that longevity, it doesn’t happen by accident. So there are things that you can do to put yourself in a position to stretch it out even farther.”

On Sunday, Brady will face the Kansas City Chiefs, in his 10th Super Bowl. He has won six championships, the most by any NFL quarterback. Curry is a three-time NBA champ, but met Brady in 2014, prior to winning his first NBA title.

“We just lost to the Clippers in the first round so I had some free time,” Curry said of their meeting at the Preakness that year. “… It seemed like he was always trying to pick up nuggets himself on other guys from different leagues. That competitive fire, even in the middle of his offseason, was still — you could see it in his eyes. You appreciate greatness. It’s amazing. Seven years later and he’s still chasing Super Bowls and it’s one of those [situations] every time you see him in the bright stages, you can’t not watch. You expect greatness to happen. So we’ll be watching [Sunday] and see if he can get it done.”

Brady’s longevity, and ability to play at such a high level for a sustained amount of time, is something that many athletes have praised the Bucs quarterback for during his career, but Curry’s praise of Brady came on a day in which Curry acknowledged that he thinks often about his own title window.

“There are things that are within your control and things that aren’t,” Curry said. “But all the little things that you do on a daily basis, all the work that you put in, is building towards getting back to that stage and understanding — you’re living in reality so you know unless you’re playing quarterback for the Tampa Bay Bucs right now, there’s a fine line between when you’re at your peak and when you need to really get the most out of what you got on the court. That’s kind of the perspective, so definitely think about it.”

Curry’s perspective about his future came into more focus last season after he suffered a broken left hand in the fourth game of the year. Between that injury, Klay Thompson’s consecutive season-ending injuries, and Kevin Durant’s Achilles injury in Game 5 of the 2019 NBA Finals, and subsequent decision to sign with the Brooklyn Nets, Curry is acutely aware of just how fast things can change for any team. When asked how much longer he feels his own title window is open, Curry was hopeful that it would remain up and running for a while.

Curry, who will be 33 in March, was then asked how far he can stretch out his prime given that he had just said that he felt he was in the middle of his peak years.

Extending peak years is something Brady is all too familiar with. Brady is the oldest QB to win a Super Bowl — and that came two seasons prior to this championship run.

After five straight years of going to the NBA Finals between the 2014-15 and 2018-19 seasons, Curry has seen the Warriors become the worst team in the league last season at 15-50 and fight through an up and down 11-9 season heading into Tuesday’s game with the Boston Celtics. With all the wear and tear on his body, Curry was asked how old he felt in basketball years.

“I was going to say [after] the five year run, we played an extra season and a half in those playoffs, but then I got it back last year,” he said. “So, I don’t know, I feel like I’m in my mid-20s right now. I don’t know what that means. Maybe I’m just tricking myself … I guess the mind has to be strong to tell your body how young you are, or how young you feel. So just run it through that. I don’t have any concerns about falling off any time soon.”