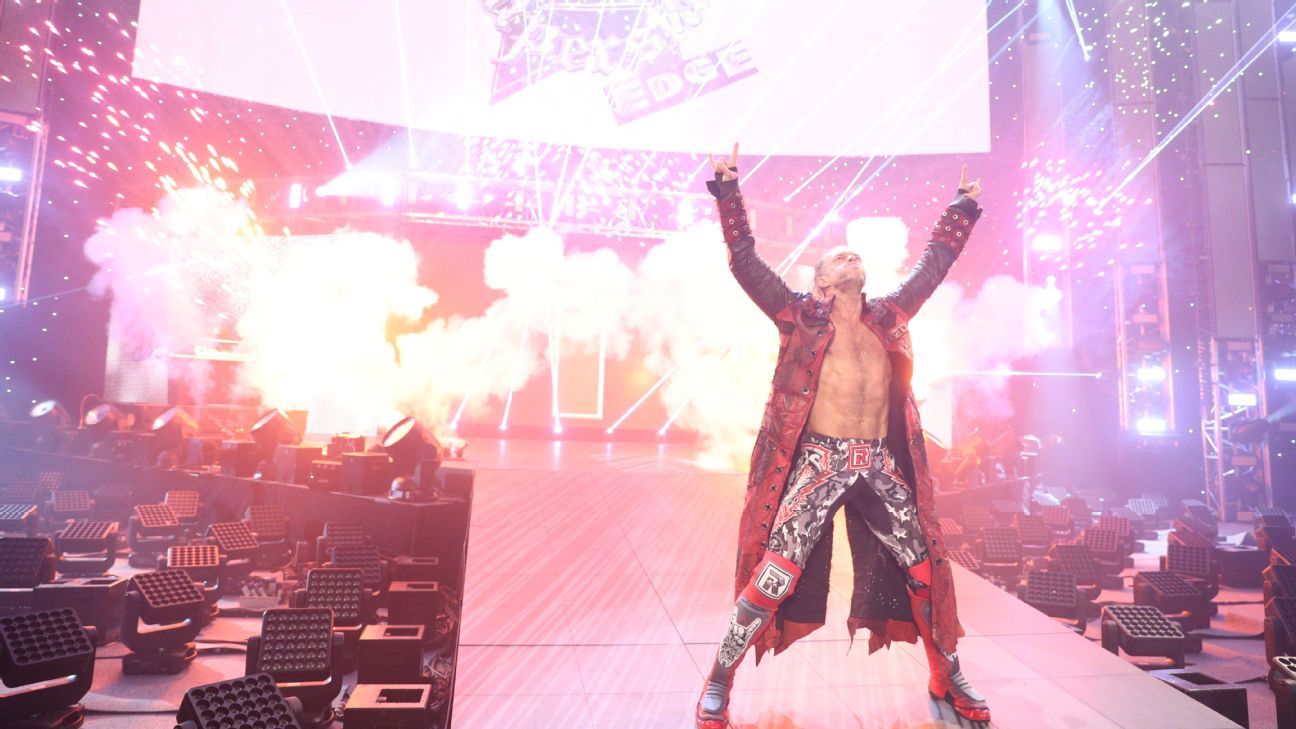 
The 34th edition of the WWE Royal Rumble was Sunday at the WWE Thunderdome, the souped up and tricked out Tropicana Field in St. Petersburg, Florida, that has turned the home of the MLB’s Tampa Bay Rays into a high-tech, visually impressive broadcast playground, home to all of WWE’s tentpole events including RAW, Smackdown and recent pay-per-view events.

The Royal Rumble match is one of the most touted and creative matches among wrestling enthusiasts and lapsed fans alike. Though Wrestlemania will always be the “Super Bowl of sports entertainment,” if there is one match that is deemed appointment viewing on the yearly wrestling calendar, it’s the Royal Rumble.

This year’s event once again featured a women’s and men’s rumble match, as well as multiple WWE titles on the line.

Last year, the Royal Rumble was the final major WWE event with a live audience before the pandemic (over 42,000 in Houston at Minute Maid Park), and this year’s event will be the first Royal Rumble in history without a crowd, which will make social media even more fun to follow during the event.

Here are some of the best reactions from social media:

“I got a lot of respect for you, Bugs Bunny. You and Michael Jordan saved the planet from the Monstars!” 😅

It was short and sweet, as Drew McIntyre survived Goldberg’s barrage and retained the WWE championship over the legendary Hall of Famer Goldberg. Following the match, the two embraced in mutual respect.

Why does Goldberg need security to walk him to the ring if there aren’t any fans? 🤔 #RoyalRumble

Drew McIntyre and Bill Goldberg is everything you want it to be. Physical and in your face. Nothing fancy. Don’t need to be. #RoyalRumble

Superstars who have 1-on-1 victories against BOTH @Goldberg and @BrockLesnar:

The match hasn’t even started yet and @DMcIntyreWWE has been Speared THROUGH THE BARRICADE! 😱😱😱#RoyalRumble #WWETitle @Goldberg pic.twitter.com/GTW9Xx8Vsx

Not sure why an old guy like me feels the need to defend the integrity of the modern era…but I do!

Sasha Banks retained the WWE SmackDown women’s championship over Carmella, who put in a valiant effort. Banks is coming up to 100 days as champion and recently revealed she will be getting a Star Wars action figure for her role as Koska Reeves in “The Mandalorian.”

What the HOLY 😱 @Hasbro @starwars pic.twitter.com/ZBWa1lKsiX

.@sanbenito performing with @BookerT5x at the #RoyalRumble. We can DIG IT!

Bianca Belair, the favorite to win the Rumble going into the match, was the third to enter, and in a Ric Flair 1992 Rumble-esque performance, she outlasted everyone to win and earn a title match at Wrestlemania. The final four came down to Natalya (who was the 30th entrant), Rhea Ripley, Charlotte Flair and Belair. After Natalya was eliminated, Belair tossed Charlotte Flair off the apron to end her Rumble hopes, bringing it down to Belair and Ripley. After the two paused the hostilities against each other to safely get back into the ring, they went back and forth, until the pair ducked clotheslines at the ropes back-to-back. But Belair’s connected, sending Ripley over the ropes and making Belair the winner.

The first woman to enter this year’s #RoyalRumble Match is…

We love to see it. #RoyalRumble #AndNew pic.twitter.com/eZKUOp3KTs

One of the bEST #WrestleMania points by far. See you in April, @BiancaBelairWWE! #RoyalRumble pic.twitter.com/jdV0utpD0q

Sasha Banks / Bianca Belair is what the culture needs.

Listen…. I love both Belair and Ripley dearly.

Well done ladies, I enjoyed that very much.

Proud … doesn’t even begin to describe the feeling I had watching @BiancaBelairWWE. From the day she walked into the #WWEPC, every #NXTTakeOver, the #RoyalRumble, and next #WrestleMania… there is no limit how bright her star can shine!!! @WWENXT pic.twitter.com/DWyxj4p1tC

So, recent turn of events, @Rosenbergradio is the NEW #247Champion! Is this real life? #AndNew #RoyalRumble @RonKillings pic.twitter.com/AGJxZVc23K

Roman Reigns defeated Kevin Owens in a Last Man Standing Match to retain the WWE Universal Championship. The hard-hitting contest spilled outside of the ring and to multiple parts of the WWE Thunderdome, including Reigns hitting Owens with a golf cart backstage and Owens jumping off an elevated platform on the forks of a forklift onto Reigns. After being handcuffed by Owens, Reigns was set free by Paul Heyman and Reigns locked Owens in a guillotine choke, allowing the referee to administer a 10 count to end the match in favor of Reigns.

The Rated R Superstar Edge won the men’s Royal Rumble after entering first and lasting the entire match. After returning to WWE last year for the first time since retiring in 2011 due to injury, Edge was sidelined again in May and made his return to the ring on Sunday. The final four in the ring came down to Edge, Braun Strowman and surprise Rumble entrants Christian and Seth Rollins. After both Strowman and Christian were dumped to the outside by Rollins, Edge quickly eliminated Rollins. Randy Orton, who left the match with an injury, returned to the ring in an attempt to eliminate Edge, only for Edge to reverse the effort and eliminate Orton to win the match.

Surprises in the men’s edition included Carlito, who hadn’t been active in WWE since 2010, and Kane, who is currently Knox County, Tennessee, mayor Glenn Jacobs. Damian Priest from NXT entered at No. 14. Recording artist Bad Bunny, who had an awkward moment with The Miz backstage prior to the match, came to the ring after The Miz trashed his DJ setup, then distracted Miz and his tag-team partner, Morrison, long enough to get them eliminated from the Rumble match. Bad Bunny then put icing on the cake by climbing the top rope and leaping onto both men below in a pretty decent WWE celebrity stunt.

That’s the thing with @RandyOrton. You never know when he’ll be back with an RKO OUTTA NOWHERE! #RoyalRumble @EdgeRatedR pic.twitter.com/ix4tC9RF6s

On this day, we see clearly. #WrestleMania #RoyalRumble @EdgeRatedR pic.twitter.com/qASYcas95l

11 years to the day, @EdgeRatedR won his first Royal Rumble match, and now he has won his second! #RoyalRumble pic.twitter.com/uCmI8wEimY

That’s a motto I stand by 🤗 #RoyalRumble

Perfection!!! What a rumble by @EdgeRatedR #RoyalRumble

Let the Cinderella story be told!

A great way to end a very good #RoyalRumble @EdgeRatedR

Groundbreaking biofuel rocket could be ‘Uber for space’