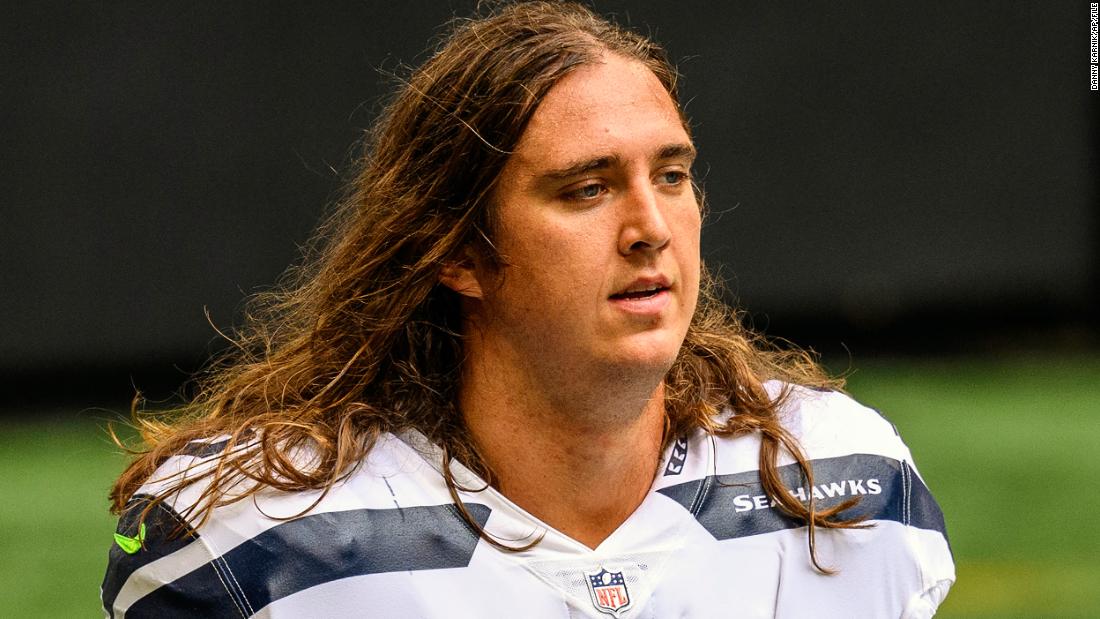 According to court documents, prosecutors said, “(Wheeler) viciously attacked the victim in her bedroom, strangling her at times with both hands.” Wheeler is also accused of strangling the victim twice until she lost consciousness.

The victim texted friends, her family and Wheeler’s father to call 911, according to the King County Prosecuting Attorney’s Office, and police officers who arrived forced entry after hearing her screaming inside. An officer attempted to use a Taser to subdue Wheeler “with little effect.”

The victim in the case was present in court and made a statement on his release conditions through a victim advocate, according to the statement from Casey McNerthney, spokesman for the King County Prosecuting Attorney. Specifically, she asked the court to return Wheeler to jail.

“Chad is out of custody staying in a hotel watching this play out on social media,” she wrote in her statement to the court. “This current status places my safety at risk, and I do not believe that a protective order or a condition of release is sufficient to keep me safe,” she added.

She asked the court to make Wheeler serve his home detention in his family home in Los Angeles if he is released.

“I object to him serving his time in Seattle, which places me at risk,” the statement said.

King County Superior Court Judge Tanya Thorp said Wheeler is to remain in the King County area while on electronic home detention, according to McNerthney’s statement.

Wheeler’s next court date is a hearing set for February 11 in Kent, Washington, the DA’s statement explained. A trial would start April 6.

Wheeler, a third-year offensive lineman, wrote on Twitter last week that “events happened over the weekend that transpired from a manic episode.”

Wheeler’s lawyers, Diego Vargas and Jon Scott Fox, told CNN last week in an email they are looking into the incident and “cannot comment until we have completed our investigation.” They said Monday they had no comment on the arraignment.

As the allegations involve domestic violence, and Wheeler’s partner has not spoken publicly about the incident, CNN is not naming her at this time.

Wheeler tweeted last Wednesday he is “deeply sorry for the pain and suffering that I have caused” to his partner.

“The most important thing right now is that (she) gets the care she needs and I get help,” he said. “Both are happening.”

Wheeler also apologized “for the turmoil that I have caused to my family, teammates, fans and those closest to me” and said he is “truly ashamed.”

“It is time for me to walk away from football and get the help I need to never again pose a threat to another,” Wheeler said.

The Seahawks said in a statement that Wheeler is a free agent and no longer with the team. The NFL listed Wheeler on its waiver wire last week.

Wheeler was undrafted out of the University of Southern California and played for the New York Giants from 2017 to 2019, starting 19 of 27 games.

In the 2020 season, he played in five games for the Seahawks.