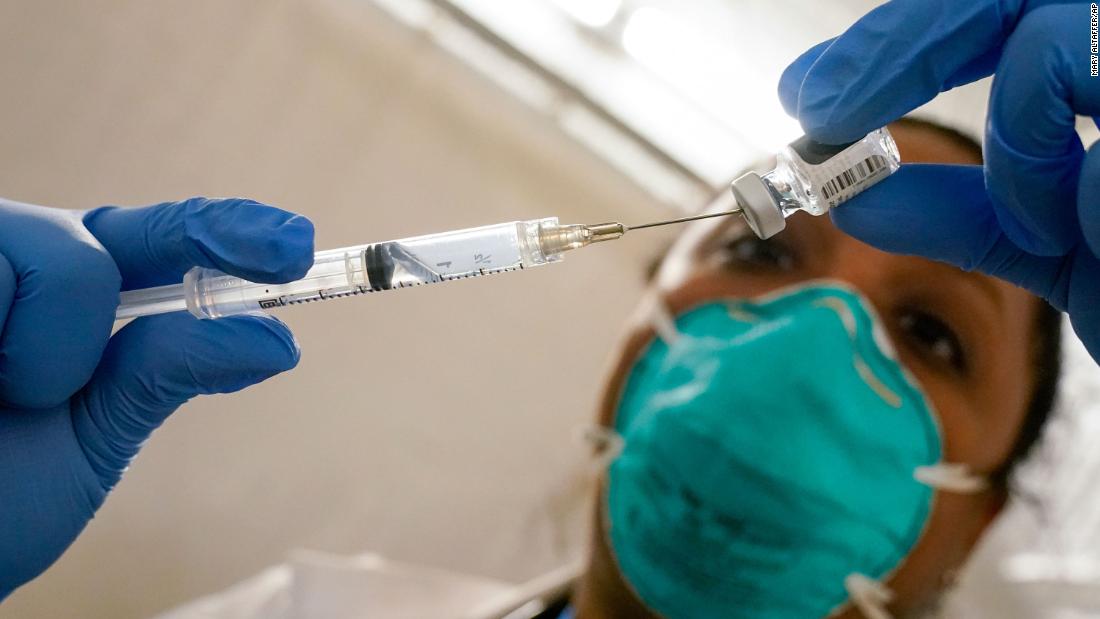 “We got a lot of work to do, because it’s a combination of, we need a hell of a lot more supply, and we need to work on the real concerns about trust and hesitancy,” Mayor Bill de Blasio said Monday.

Getting a bigger supply is the “single biggest difference maker” because the more people who are vaccinated, the more trust there will be in the vaccine, he said.

The city will focus on getting the vaccine supply to the grass-roots level, and communicating in many different languages, among its efforts to address this concern, he said.

“We have enough data to tell us that we need to redouble our efforts around addressing equity and particularly racial equity,” said New York City Health Commissioner Dave Chokshi.

He noted when pressed by a reporter that there are limitations to the data, including individuals who do not share their ethnicity, and providers who are not capturing that.

De Blasio also addressed the issue of individuals outside the city getting vaccinated at city hubs amid the rollout plan, noting that about 29,000 doses were given to individuals who live in Connecticut and New Jersey.

He noted that “some of those folks are public servants who serve us,” and that is “absolutely a fair and smart priority.”

But he added some of those, “I’m sure are just individuals who came in because they had an option to get a dose. We respect them, we care for them, but we want to see folks get their doses where they live to maximum extent possible, for the good of all of us.”

Ultimately he said, based on information the city has, a vast majority of people who live outside the city and got vaccinated in the city are teachers, health care workers, EMTs and those who “serve New York City,” the mayor said.

He said there needs to be a coordinated effort with the state of New York on a solution for those 65 and older getting vaccinated inside the city.

“I think we anticipated it, I think New York was the first state to predict this was going to happen,” he said, adding he has been raising this issue since the Trump administration announced the first vaccine rollout.

“You can’t just rely on traditional health care means because you are dealing with health care deserts, and when you just use the private health care system you are not going to bring vaccine to the desert,” the governor said.

His administration had set up a task force to work solely on the lack of testing in the poor, Black and brown communities.

“We have greatly increased access,” he said. “You have two issues: You have the access to the vaccine, which is problematic all across the state, but we have significant special efforts in poor Black and brown communities.”

Cuomo said he was not going to receive the vaccine until it is available in poor, Black and Latino communities for his age group.

“I am going to put myself in that category,” Cuomo said Monday. Distrust of the vaccine is also an issue that Cuomo said was “very real.”

“They call it hesitancy,” he said. “Hesitancy is too benign a term for me. It is hesitancy, it is distrust. Call it what is.”

As an example, Cuomo said hospital workers have been offered the vaccine numerous times because they are priority.

He said the declination rate for vaccinations among Black hospital workers in a hospital setting is much higher than it is among Whites, Latinos or Asians.

“We know there is a real distrust issue,” Cuomo said. “It is a very real issue. We have to improve the access, yes; we need more supply, yes; but we have to also address this distrust issue head on, because it is real.”

Among city residents who have received at least one vaccine dose, roughly half of White individuals have been vaccinated, compared to the roughly 11-15% of Black or Latino New Yorkers, according to preliminary data from the City Immunization Registry.

Sunday, the mayor stressed at the outset that there is a “fundamental problem” in health providers not consistently providing the necessary demographic data needed to make analyses on how equitably vaccines have been distributed and administered thus far.

“But the information we do have shows clear disparity,” de Blasio said Sunday. “Clearly what we see is a particularly pronounced reality of many more people from White communities getting vaccinations than folks from Black and Latino communities.”

In response, the city has expanded its list of “hardest-hit” Covid-19 neighborhoods from 27 to 33 and will ramp up outreach, the mayor said.

About 60% of the city’s vaccination sites are within those 33 neighborhoods, according to Sideya Sherman, executive vice president for community engagement and partnerships at the New York City Housing Authority.

“But clearly we do see a profound disparity that needs to be addressed aggressively and creatively,” the mayor continued.

One such strategy is to allow people with vaccination appointments to bring other eligible family members so they can get vaccinated, too, he said.

The mayor stressed that one way to get past vaccine hesitancy is to ramp up supply, explaining that more people are likely to take the vaccine if they see someone they know have access to it firsthand.

The new data on the racial and ethnic disparities come as the city’s seven-day rolling average positivity rate stood at 8.34%, de Blasio reported Sunday, saying there is “real concern” about the new highly contagious novel coronavirus variants amid the inadequate vaccine supply.