Robinhood CEO details 3:30 am call to put up $3 billion 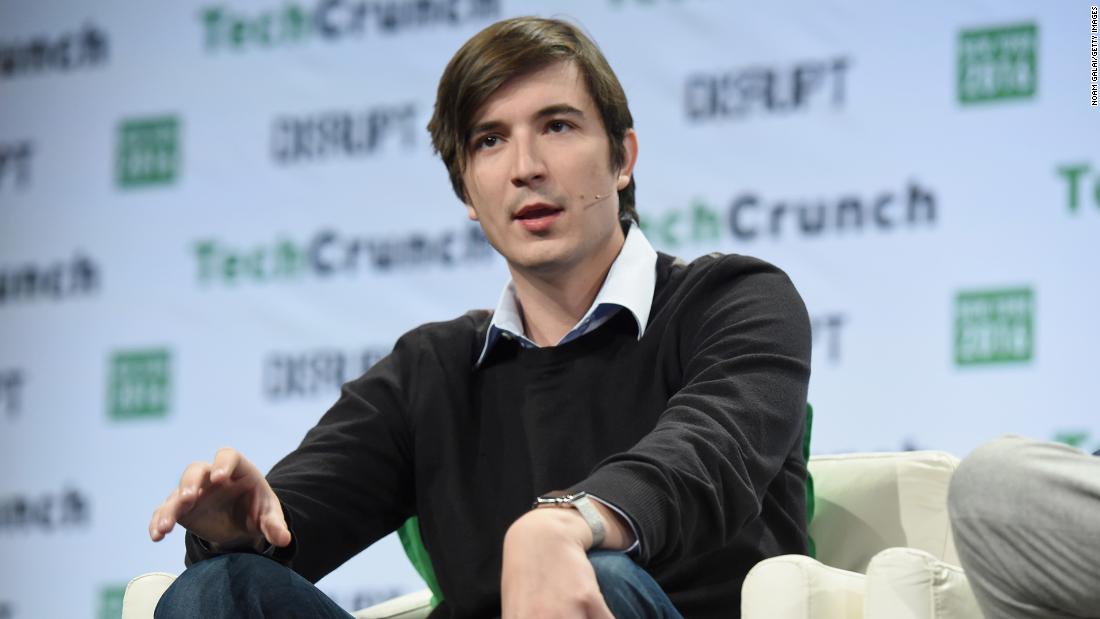 “This was obviously nerve-wracking,” Tenev told Tesla (TSLA) boss Elon Musk during an interview on the platform Clubhouse.
For context, Robinhood had raised only $2 billion in total venture capital funding up until that point. That’s why the trading app had to draw down its credit lines last week.

And that’s why Robinhood announced Monday it has raised an additional $2.4 billion from investors. That is in addition to a $1 billion capital raise announced last week. The fact that Robinhood has felt the need to raise massive sums in such a short time underscores the intense financial pressure facing the company.

Whenever investors buy stocks, brokerages like Robinhood must make a deposit first at a clearinghouse. But Tenev said the $3 billion ask was “an order of magnitude” larger than what Robinhood is typically required by the National Securities Clearing Corporation to put up.

The $3.4 billion capital raise came in the form of debt, specifically a convertible note, a person familiar with the matter told CNN Business.

The fact that Robinhood went this route instead of selling equity is another signal of the severe financial pressure facing the startup because of Reddit-inspired market turmoil. A convertible note, a common way early-stage companies raise money, is a type of bond that can be converted to common stock.

Cash-strapped private companies sometimes choose this option because it delays the need to establish a new value for the company. Admitting that a startup’s valuation has gone down can cause negative publicity. And Robinhood’s valuation would have likely been pressured by the turmoil of the past week.

Last week, Robinhood outraged users and lawmakers by prohibiting purchases of GameStop (GME), AMC (AMC) and other favorites of WallStreetBets, the Reddit group that disrupted parts of financial markets. Hours later, Robinhood raised $1 billion from existing investors in a move that signaled a cash crunch.

“We had no choice in this case. We had to conform to our regulatory requirements. The team did what they could to make sure we were available for customers,” said Tenev, who said he was asleep at the time of the early morning call from NSCC on Thursday.

But the decision later on that day to restrict trading also damaged Robinhood’s brand — because the startup has long said its mission is to democratize investing. Some users threatened to quit the app, while Robinhood faced bipartisan calls for investigations in Congress.

After huddling with his senior executives, Tenev said they persuaded the clearinghouse to lower its request for capital from $3 billion to $1.4 billion.

“We were making some progress, but it’s still a high number,” Tenev said.

‘People get really pissed off’

During the interview, Musk commented that it “seems weird” that Robinhood suddenly received such a large request from its clearinghouse.

“I wouldn’t impute shadiness to it or anything like that,” Tenev said, adding that NSCC was “reasonable” and “worked with us” to lower the deposit request. “It was unprecedented activity.”

Indeed, shares of GameStop, AMC and other stocks favored by short-sellers skyrocketed last week after being targeted by WallStreetBets. Some hedge funds that took bearish positions in those stocks endured staggering losses and needed to get bailed out. The market action may have been amplified by other hedge funds and financial players who rode the WallSteetBets wave.

The Robinhood co-CEO also addressed why traders on the app could sell shares of GameStop, but not buy them.

“People get really pissed off if they are holding stock and they can’t sell it,” Tenev explained.

Of course, they also get angry if they want to buy a stock but can’t.

Robinhood announced Sunday that it will further lift restrictions on stock trades — but not entirely. For instance, Robinhood users are able to buy only one share of GameStop and 10 shares of AMC.

The $3.4 billion round of funding was led by Ribbit Capital and include existing investors such as Andreessen Horowitz and Sequoia.

“This funding is a strong sign of confidence from investors and will help us build for the future and continue to serve people through the exponential growth we’ve seen this year,” Robinhood said in a blog post.

Tenev again denied speculation that its decision to cut off buys of GameStop was aimed at pleasing entities controlled by billionaire Ken Griffin.

Citadel Securities, the market maker also owned by Griffin, is a major source of revenue for Robinhood. Like other brokerages, Robinhood gets paid to route orders to market makers, a controversial practice known as payment for order flow.

Last week, representatives for Citadel Securities and the Citadel hedge fund denied any role in Robinhood’s decision to halt purchases of GameStop.

Musk asked Tenev if Citadel would have had a say in who was put in charge of the clearinghouse that requested the $3 billion deposit.

“I don’t have any reason to believe that,” Tenev said. “You’re getting into the conspiracy theories a little bit.”

'Watch for unexpected pedestrians' signs go up along Border Highway

Woman gets jail time, has to repay $357K in pandemic loan fraud

South China Sea: Philippines will explore for oil even if no…