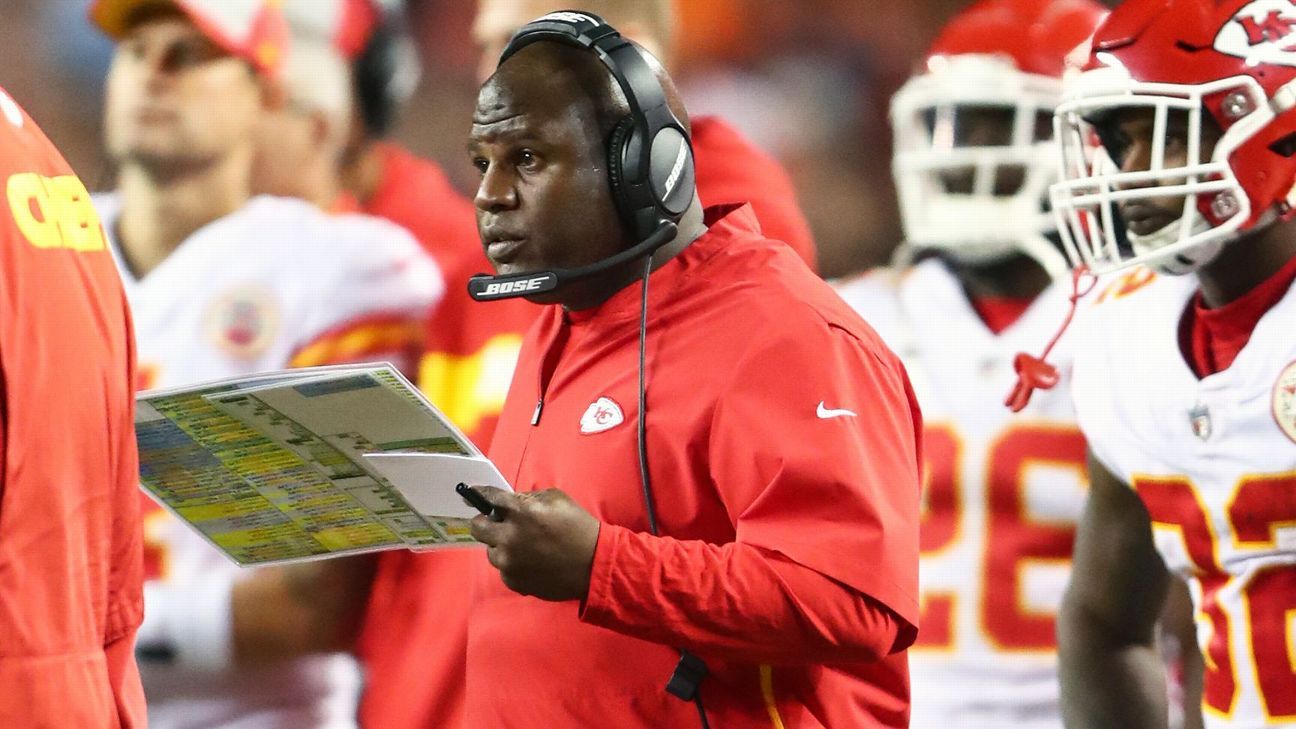 
KANSAS CITY, Mo. — Eric Bieniemy is spending this particular week for the second straight year not only preparing the Kansas City Chiefs to play in the Super Bowl but also trying to explain why he doesn’t have an NFL head-coaching job.

Bieniemy said Tuesday that even though he interviewed for six openings this year and multiple openings last year, the right job hasn’t come along yet.

“It’s always about getting the right job,” the Chiefs’ offensive coordinator said. “Sometimes the job and the person have to connect. There has to be a connection. The only thing I can do is be my most authentic self. That’s who I am. I can only be me. Some team has to want me. For some reason, that chemistry has not been a fit. There has not been that opportunity to connect, but that’s OK. At the end of the day, I have the opportunity to go out here and work with the Kansas City Chiefs, which is a great organization …

“I’m excited about the opportunity that has been presented to me. The other stuff, I can’t control that. That is out of my control. The only thing I can worry about is today and moving forward what I need to do to help our guys be at their best come Sunday.”

Bieniemy said he’s dealing with the disappointment by focusing on Sunday’s game. The Chiefs have the chance to be the first team to win back-to-back championships in more than 15 years when they face the Tampa Bay Buccaneers in Super Bowl LV.

“We’ve had a great deal of success here that’s placed me in the situation where I’ve been recognized to interview for some jobs,” Bieniemy said. “Those interviews, for whatever reason, I have not been hired, which is OK because at the end of the day I still have an opportunity to go out there and help our team pursue and obtain our goal.

“Yes, there is a focal point where you are focused on that interview. But once that interview is over, it’s time to turn the page. I can’t sit here and dwell in pity because when all is said and done with I have a responsibility to the Kansas City Chiefs … to make sure that we’re mentally and physically ready to go come game day. That’s who I am, and that’s how I operate.

“I learned a long time ago how to persevere through adversity. The beauty of it is not so much that I have to persevere, because that’s going to take care of itself. It’s making sure that whatever is taking place with Eric Bieniemy isn’t becoming a distraction in us pursuing our dreams and our goals.”

Buccaneers head coach Bruce Arians was asked if it would help if the NFL made a rule to move the hiring cycle to after the Super Bowl.

“I think that would be a great rule. I really do, if everybody had to wait until after. I know everybody’s gonna go behind their back anyway, and agents will have agreements with people, but I think the hiring process should wait until after the season.”

Golden Globes 2021: Six things to look out for in the nominations