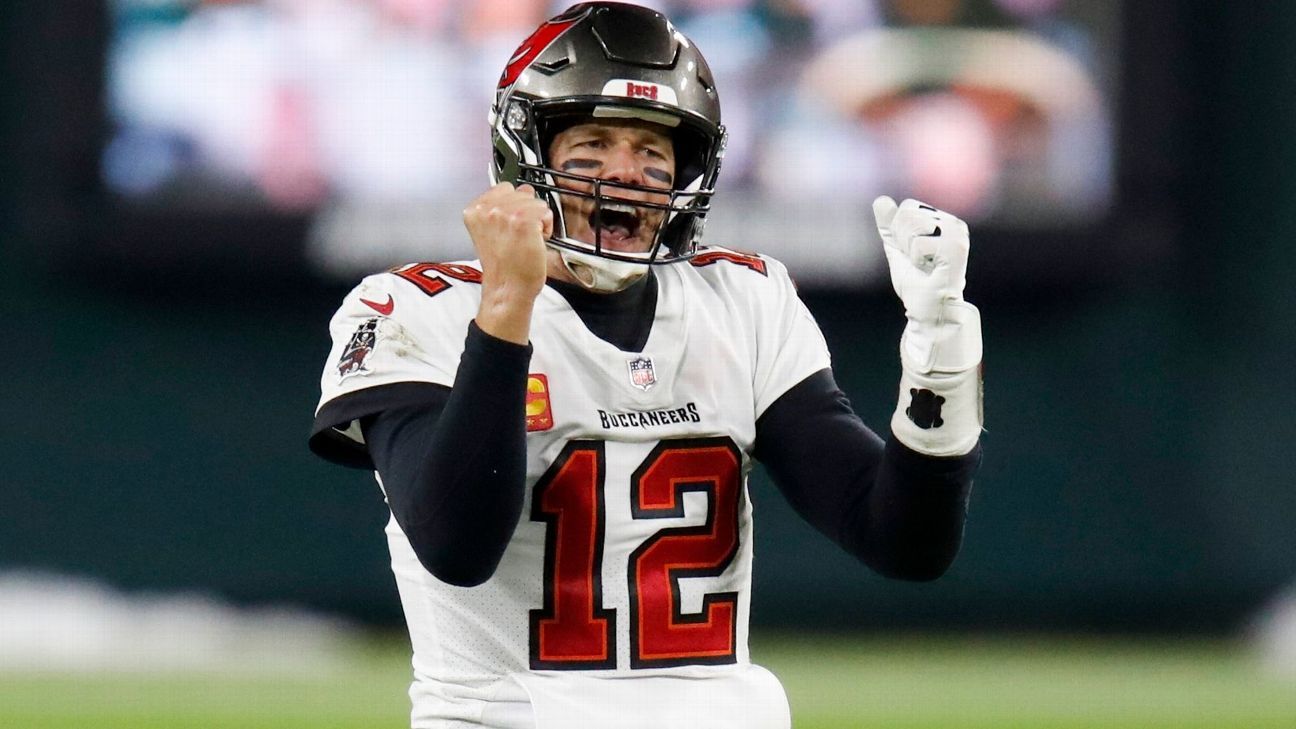 
TAMPA, Fla. — With Tom Brady leading the Tampa Bay Buccaneers to an NFC championship and a trip to Super Bowl LV, fans are gobbling up all they can in Brady and Bucs merchandise.

Fanatics, the NFL’s official e-commerce partner, said Brady has become their best-selling NFL player ever for the two-week period between the conference championship and Super Bowl.

The retailer also told ESPN that the Northeast is continuing to support Brady with the New England Patriots out of the playoffs.

While the top-selling market for Brady merchandise since the conference championship is Tampa, with Orlando and Miami being the third- and fifth-ranked markets, New York has jumped to second and Boston has fluctuated between third and fourth over the past several days.

Brady’s merchandise sales — which include jerseys, T-shirts and other items — are also more than double what they were following his last conference championship appearance in 2018, and it took just three days after this year’s conference title game for sales to hit what they did in the full two-week period in 2018, the retailer said.

Brady’s Bucs jersey was Fanatics’ No. 1-selling jersey across all sports from Aug. 1 to Nov. 1 of 2020; the NFLPA lists him as second in sales for the whole 2020 season, behind Kansas City Chiefs quarterback Patrick Mahomes as the most-sold jersey.

Brady had the NFLPA’s highest-selling jersey with the Patriots in 2018 and 2019, and saw his jersey sales go up 900% since joining the Bucs last March. For perspective, the Bucs didn’t have a player in the top 50 of NFLPA jersey sales in 2018 or 2019.