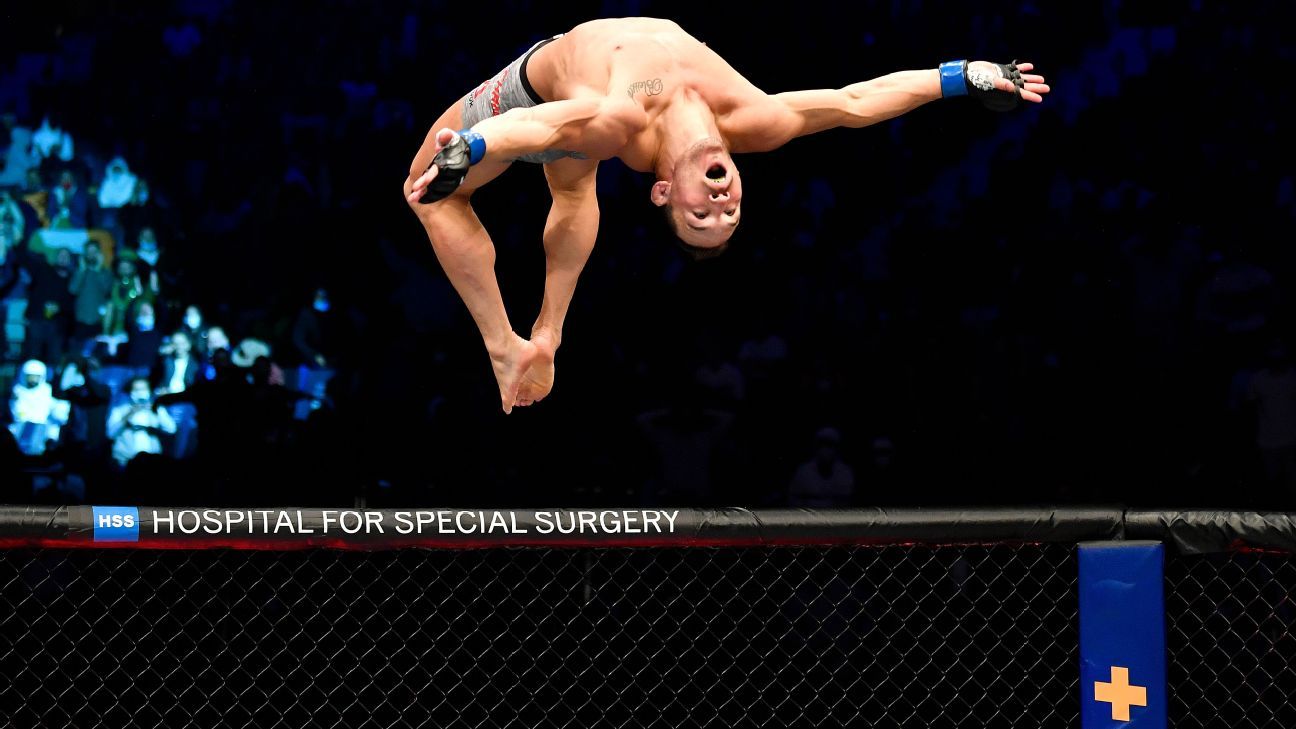 
Michael Chandler has a bold plan for his UFC run, and so far he’s executing it perfectly.

The former three-time Bellator lightweight champion stormed onto the UFC scene with a first-round knockout of contender Dan Hooker at UFC 257 on Jan. 23. Chandler plans to fight twice more this year en route to winning the lightweight title, and he believes his success could lead to a blockbuster start to 2022.

“I think Khabib [Nurmagomedov] will realize I’m the other best lightweight in the entire world,” Chandler told ESPN’s Ariel Helwani on Monday. “I think the UFC approaches him, ‘Hey if you want a real challenge, if you want a guy who has every skill possible to maybe crack the code that is Khabib Nurmagomedov, you have to beat somebody in your quest for 30-0, so beat Chandler if you can.’

Nurmagomedov announced his retirement after beating Justin Gaethje at UFC 254 in October, but the promotion still lists him as the lightweight champion. The UFC has been trying to persuade Nurmagomedov (29-0) to chase his late father’s dream of him retiring at 30-0, but so far Nurmagomedov hasn’t budged, telling UFC president Dana White that he is far ahead of the available competition. Nurmagomedov already has beaten three of the top contenders with wins over Dustin Poirier, Gaethje and Conor McGregor. The only ones he hasn’t beaten are Chandler and Charles Oliveira.

The UFC has yet to declare what will happen to the title once it’s officially vacated. Poirier seemed to clinch a berth in the next lightweight title fight by stopping McGregor via second-round TKO at UFC 257.

Poirier has stated that he doesn’t think Chandler deserves a title fight, because he has been in the UFC for only one fight. Poirier points out that Chandler’s one victory was over someone Poirier had already beaten, although Chandler counters that it took Poirier 25 minutes to win a unanimous decision while Chandler knocked Hooker out in the first round.

Chandler thinks the UFC might put together a trilogy fight between Poirier and McGregor — they split the first two — but he’s not sure if it would be for the title. If it is, he’d be open to a title eliminator. Chandler said Monday that he was offered a fight at next week’s UFC 258 against a top contender, but that contender turned it down. Brazilian outlet Ag Fight reported that the bout was offered to Oliveira, who has won eight straight and wants his next fight to be for the title.

Since that fell through, Chandler is excited about the possibility of fighting another contender known for an aggressive, violent style.

“Stars are aligning right now with me and another man named Justin Gaethje, with both of us behind the wheel with our foot on the gas — all gas, no brakes — headed toward a collision course inside the UFC Octagon,” Chandler said. “That would be an awesome fight. We’re obviously clear No. 1 contenders, with Oliveira.”

Chandler doesn’t apologize for the heat he’s been able to generate after just one UFC fight. For starters, he’s been an elite fighter for a long time, and he also subscribes to the philosophy that puts him in great standing with White.

“I think these guys deserve to sit out if they want to, but don’t get mad if you get passed up.”

7-year-old released from hospital after bullet from drive-by…