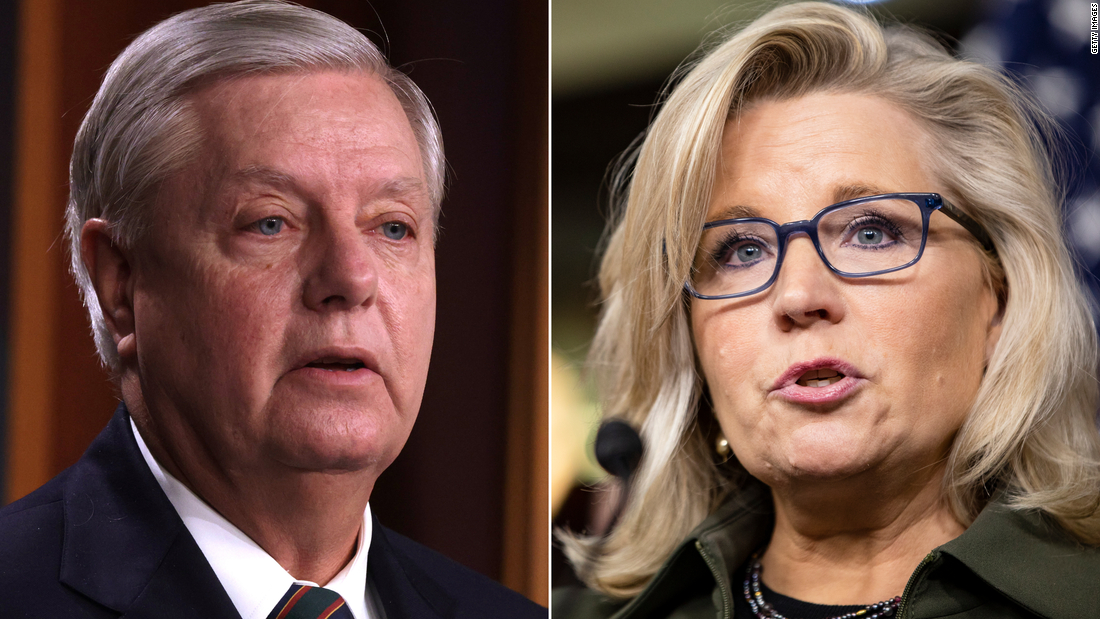 “I believe @RepLizCheney is one of the strongest and most reliable conservative voices in the Republican Party. She is a fiscal and social conservative, and no one works harder to ensure that our military is well prepared,” Graham wrote in a pair of consecutive tweets on Tuesday morning, adding her experience and leadership are “invaluable to the Republican Party.”
Graham’s comments come one day after Senate Minority Leader Mitch McConnell issued a statement to CNN that Cheney, who as conference chairwoman is the No. 3 House Republican, had “the courage” to act on her convictions in the aftermath of her vote to impeach Trump last month on a charge he incited the deadly insurrection that ransacked Capitol Hill on January 6.

“Liz Cheney is a leader with deep convictions and the courage to act on them,” McConnell said. “She is an important leader in our party and in our nation. I am grateful for her service and look forward to continuing to work with her on the crucial issues facing our nation.”

The signs of support are significant as Republicans chart their future with Trump out of office but still actively influencing GOP members of Congress. The former president is focusing his political energy on targeting Cheney. According to one source, Trump has repeatedly questioned his Republican allies about efforts to remove Cheney from her leadership position and run a primary candidate against her. He has also been showing those allies a poll commissioned by his Save America PAC that purports to show that Cheney’s impeachment vote has damaged her standing in Wyoming, even urging them to talk about the poll on television.

McConnell’s statement defending Cheney is more of a full-throated defense than the one offered by House Republican leader, Rep. Kevin McCarthy of California, who said he backs Cheney but said she would have to answer to their conference for her vote.

“Look, I support her, but I also have concerns,” McCarthy said last month, days before he jaunted down to South Florida to visit the former President and claimed the two were united in attempting to take back the House next year.