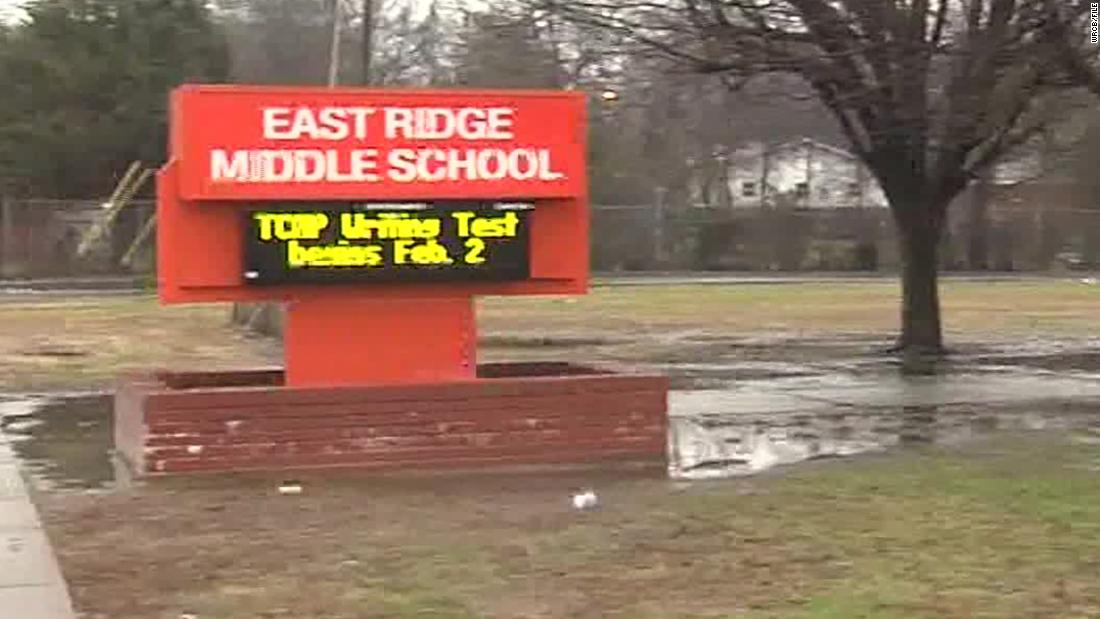 East Ridge Middle School announced the theme in its weekly newsletter, which was sent out to families Sunday.

Principal Christy Caldwell Drake issued an apology Monday, explaining that her inspiration for the theme was a mural in the school which says “Where Every Child Matters.”

“I want to apologize for not more fully considering the context of that theme,” she wrote in a letter that was sent to families.

“As a black woman in leadership, I embrace civil rights, Black History Month and the sacrifices that have been made by those who came before me. I hope that my students, many of whom look like me, believe in the possibilities of their unlimited potential,” she wrote.

She said her father was a local pastor and civil rights leader and that both of her parents were educators.

“I had the opportunity to experience firsthand the fight for equality,” she wrote.

CNN was not able to reach Drake for comment.

Jessica Arnold, who has a daughter at the school, told CNN affiliate WRCB she discussed her concerns about the theme with the principal.

“Whoever thought that was a good idea really just has refused to think critically about this or (is) willfully ignorant about it or just doesn’t want to educate themselves about it, and that disturbs me from the educators of my children,” Arnold said.

She told WRCB she felt the theme would marginalize many students at the school.

The Tennessee Department of Education reports that 71.1% of the school’s students are Black, Hispanic or Native American.

Hamilton County Schools spokesman Cody Patterson told CNN that Drake has apologized and removed the theme and that the district was not planning any other action.

“If you read her apology letter, you’ll kind of see her heart,” Patterson said.

He said the district has not created a specific theme for Black History Month.

“We’re recognizing and celebrating the sacrifices made by so many Black Americans,” he said.