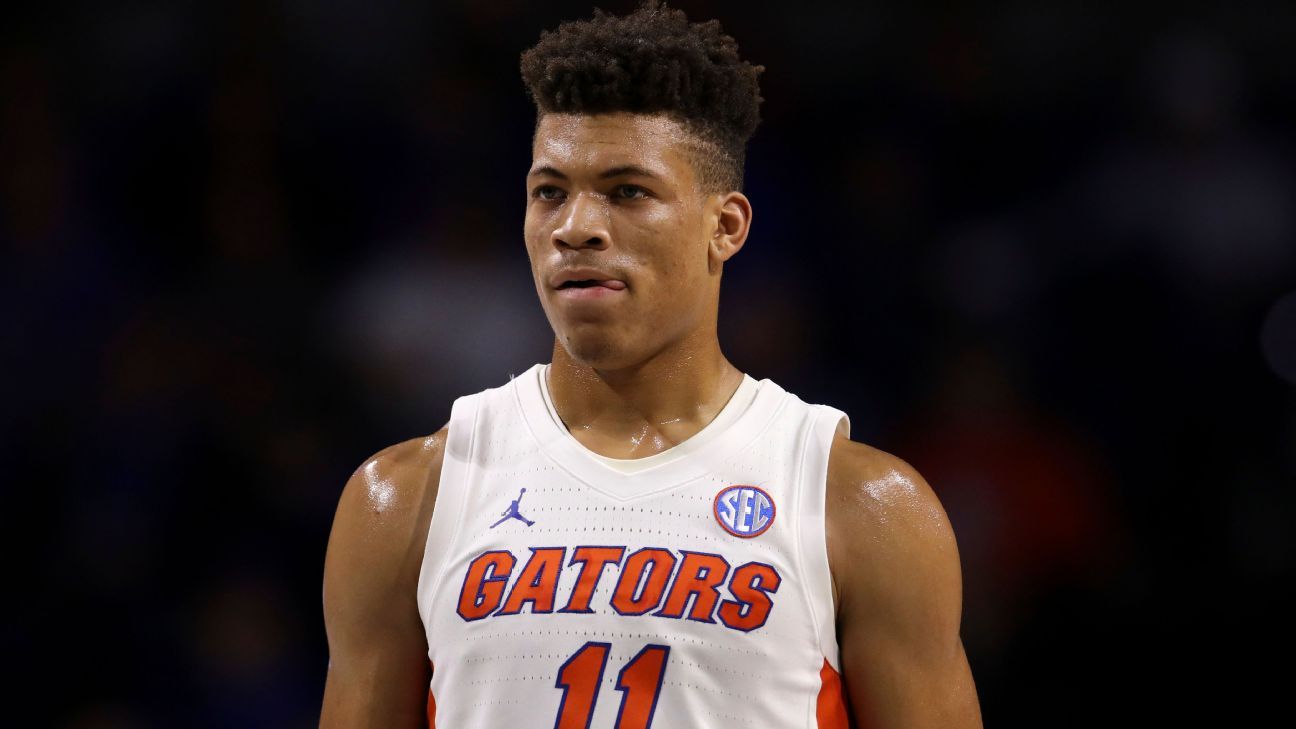 
Florida forward Keyontae Johnson’s collapse during a game two months ago was “not related to or a result of a previous or current” COVID-19 diagnosis, his family said in a statement Wednesday.

Johnson was rushed to a local hospital on Dec. 12 after falling face-first onto the court following a timeout in the first half of a game against Florida State in Tallahassee. He was listed in critical but stable condition, school officials said, before being airlifted to a hospital in Gainesville days later with his mother by his side, where he slowly recovered and started to communicate with his family and friends in the days that followed.

Like most of his teammates, Johnson tested positive for COVID-19 during the summer. The coronavirus can lead to myocarditis, a viral infection of the heart muscle.

“University of Florida Health treating physicians consulted with other local and national experts who reviewed the relevant imaging and testing related to this case,” the family’s statement said. “The unanimous conclusion of all experts is that Keyontae’s medical emergency was not related to or a result of a previous or current Covid diagnosis.”

According to the statement, the consultation team included physicians from the Cardiac and Vascular Institute of Gainesville, University of Washington Center for Sports Cardiology, Massachusetts General Hospital at Harvard University, Vanderbilt University Medical Center and Yale University School of Medicine.

The school has not disclosed Johnson’s diagnosis and hasn’t said what caused him to collapse in December. Since rejoining the team later that month, Johnson has been on the Gators’ sideline but has not competed. He will not play again this season, according to his family, and will focus on his recovery.

“We continue to be committed to sharing any information that could be helpful to others. Our hope is that the experts’ conclusion that this instance is not Covid-related will bring some peace of mind,” the family’s statement read. “Our focus now is on Keyontae’s academics and continued recovery. His resilience has been inspiring to watch. He will spend the rest of the season focused on being the best coach and teammate he can be. What comes next for Keyontae is for him to share on his own timeline.”

Johnson was averaging 19.5 points entering the Florida State game and was projected as a first-round prospect in ESPN’s mock NBA draft.