The unsung hero in Bucs’ Rob Gronkowski return to NFL? It’s his mom 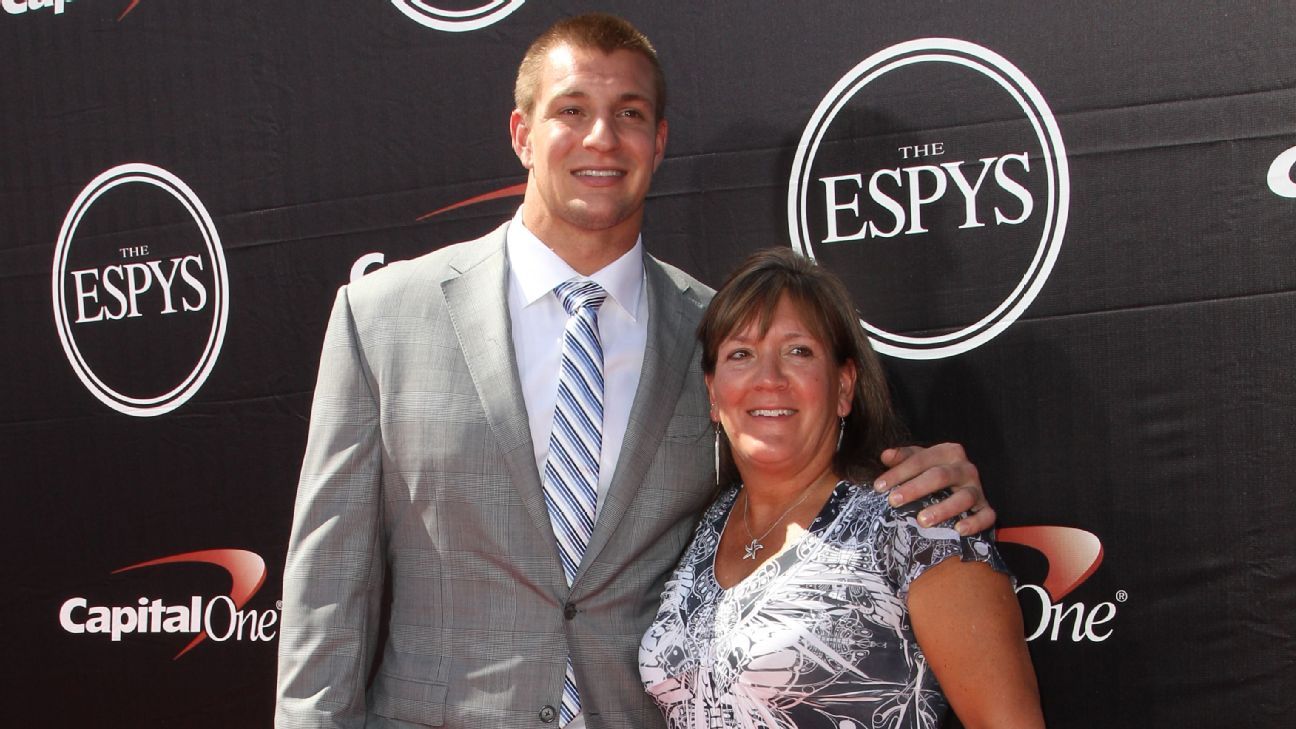 Those are Rob Gronkowski’s words, and Diane Walters sure loved hearing them over the past six months. They are why this has been such a special season for the Tampa Bay Buccaneers tight end, who hopes to cap it off with a victory over the Kansas City Chiefs in Super Bowl LV on Sunday (6:30 p.m. ET, CBS).

“We kind of got into a pattern this year,” said Diane, who lives in the nearby suburbs of Fort Myers, Florida. “If it was an away game, then he came here the next day. He’d stay overnight, have a real good meal, get a good night’s sleep, and then we’d have breakfast and he’d head back in the morning.”

It has meant quality time they’ve never really had before.

“It’s pretty special to be down here and just to go visit my mom an hour-and-a-half away, sleep over, wake up in the morning, and drive to work,” Gronkowski said Monday. “The impact on my life she has made has been tremendous and has carried over to this day.”

When Gronkowski, 31, came out of retirement last April to join the Buccaneers, playing with quarterback Tom Brady in sun-splashed Florida was the primary catalyst.

But knowing his mother was close by, having moved full-time from Buffalo seven years ago, pushed him even more decisively to return. Their meetings the day after road games have been special.

“He usually doesn’t get here until late, 4, 5 o’clock. We’ll go for a bike ride or a walk, then we’ll have dinner, and then we go for another bike ride or walk. Then it’s 10 o’clock and he’s exhausted because he just flew in the night before, so it’s his night to go to bed early,” she said.

“It has been wonderful because I’ve been one-on-one with him so much this year. It was always the five boys, so you didn’t have a lot of time when they were all home. Then [Rob] leaves [for college], becomes this great athlete, and you never had time with him, ever. There was always somebody there with him.”

It has brought great joy to Mama Gronk, not only because of Rob’s consistent presence but also how his siblings Gordie Jr., Dan, Chris and Glenn have made regular trips with their families to visit.

“I do like that people know it’s not just Rob. He is always the focus, but the four others played professional sports, too. I used to print out all their schedules, lay them out, and figure out which games I could attend,” Diane said.

“All five boys live in five different states. To see them and be able to do stuff with them, this year has actually been wonderful because they’re coming to Florida, where we have a little more freedom to do things. You can go to the stadium.”

Since the Buccaneers began allowing fans at games in early October, she hasn’t missed one. It is the first time she has been in the stands for every one of Rob’s home games.

She would then usually return to Rob’s home, serving dinner and often staying overnight, one time having brought her family-famous chicken soufflé. Roasted vegetables and potatoes, along with a grilled entrée, is usually Rob’s preference.

Chris Gronkowski credits their mother as an unsung hero in his brother’s return to football. Rob, who announced he was retiring in March 2019, had thinned out from his playing weight of 265 pounds during a year away, in which his banged-up body needed to heal.

“You can see he’s gained some weight and I’ll definitely attribute that to my mom. She’s got the magic touch. She knows how to feed us,” Chris said.

‘He was really tough on me’

“If I took the other four and add them together, he was still the worst! He drove me crazy. He was really tough on me,” she said. “It wasn’t that he did bad things. It was just that his activity level was so high. I had five of them, I was exhausted, and I’d say we were done for the day. But he wasn’t done.”

That’s also how Chris, the third oldest of the siblings, remembers it.

“He definitely was the problem child. He put a lot of stress on my mom, for sure, doing whatever it took to get us to laugh and it drove her insane,” he said of Rob, the fourth oldest.

“Over the years, I think their relationship got better and better and better. You can see it now. He’s over there almost every weekend after games, or my mom’s with him. They’re seeing each other all the time.”

As Gronkowski sat for his opening night interview Monday leading into Super Bowl LV, he shared he had just returned to Tampa from Fort Myers, having spent Sunday’s players’ day off with his mother. Diane handed him a bag packed with drinks, along with a breakfast sandwich, for the drive back.

What Gronkowski didn’t realize as a youngster is clear to him now.

“She had such an unbelievable task when we were growing up. My mom raised five of us and made sure we were at every practice, and had everything we needed. She was so great at organizing everywhere we should be,” he said. “I see teammates now with three kids, and I’m looking at them saying, ‘I don’t know how you do it, and play ball.'”

It’s a popular topic among the Gronkowski brothers.

“She was pretty much running a business is how I see it,” Chris said. “She had five kids with multiple things going on — school, house teams, travel teams, sometimes two sports going on at once, religious class … and to think of doing that without a cell phone, it’s the craziest thing I can possibly think of.”

When Diane looks at Rob these days, most everything is the same, with one notable difference.

“Maybe he’s a little more relaxed,” she said. “But he’s always been a happy guy, never complaining about anything.”

Chris said a more relaxed Gronkowski is partially a result of being healthy again, his year away from football doing wonders for him physically. Chris believes a looser environment with the Buccaneers is part of it, too, with Gronkowski initially not being willing to take a day off before realizing it was OK.

Gronkowski played in all 16 regular-season games this season, the first time that’s happened since 2011, his second year in the NFL. He totaled 45 receptions for 623 yards with seven touchdowns, while also providing quality blocking.

Gronkowski has two catches for 43 yards in three playoff games, but few would be surprised if he delivers in the clutch on Sunday, as he did in Super Bowl LIII with a tight-window 29-yard reception up the left seam to set up the Patriots’ only touchdown in a 13-3 win over the Los Angeles Rams.

.@RobGronkowski didn’t let two defenders stop him in #SBLIII from making one of the biggest plays of his career.

Diane was in the stands in Atlanta for that game, and she’ll be there again this Sunday, buoyed not just by watching Rob but also having her other four sons alongside her.

Summing up the entire year, she said: “This has been the best thing that’s happened in a long, long time.”