Colorado avalanche: Three skiers are missing after getting caught in a large avalanche 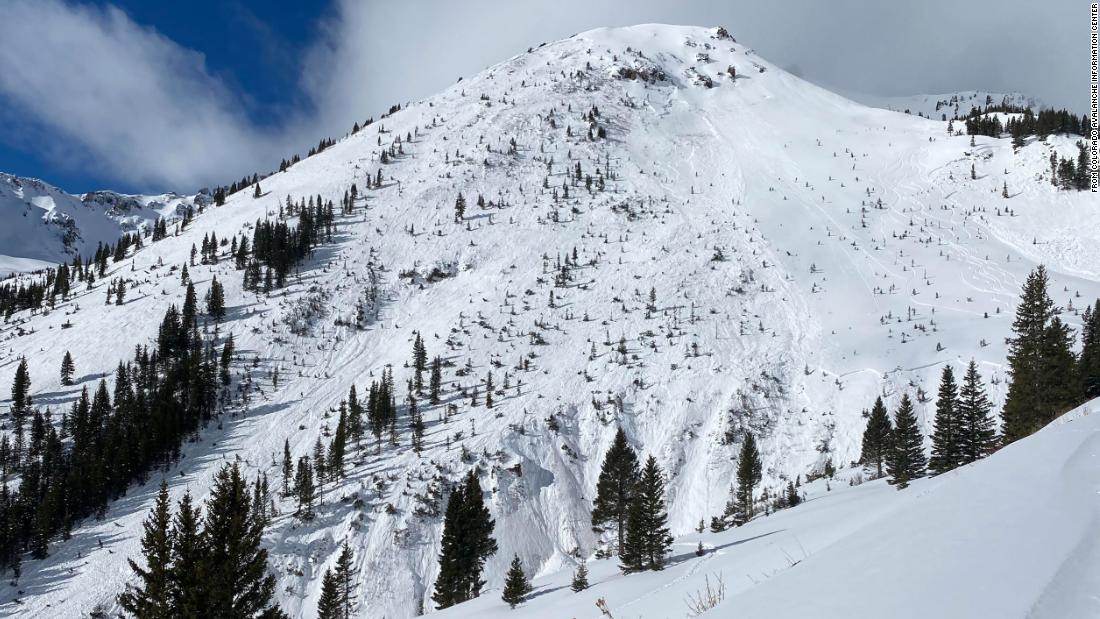 
The three belonged to a larger group of back-country skiers who were traveling Monday and triggered the avalanche in an area locally known as “The Nose.”

Four people were caught in the avalanche and fully buried in debris, the report said. One of the skiers was found and had sustained minor injuries, the report added.

Search-and-rescue operations for the other three were suspended Tuesday night due to the threat of another avalanche in the area, according to the Colorado Avalanche Information Center (CAIC).

Even though the recovery mission has been temporarily suspended, the identities of the three skiers is “still pending per San Juan County Coroner’s Office investigation,” the San Juan County Office of Emergency Management wrote in a post on Facebook.”

“Avalanche danger in the back country is always unpredictable regardless of your avalanche knowledge and skills. It is critical to check the avalanche forecast and avalanche danger prior to venturing into the backcountry,” the office wrote.

“Check the Colorado Avalanche Information Center (CAIC) for avalanche conditions, have your equipment of beacon, shovel, probe and make a plan for communications with your ski group.”

AvalanchecaughtColoradoColorado avalanche: Three skiers are missing after getting caught in a large avalanche - CNNlargemissingskiersus
0
Share